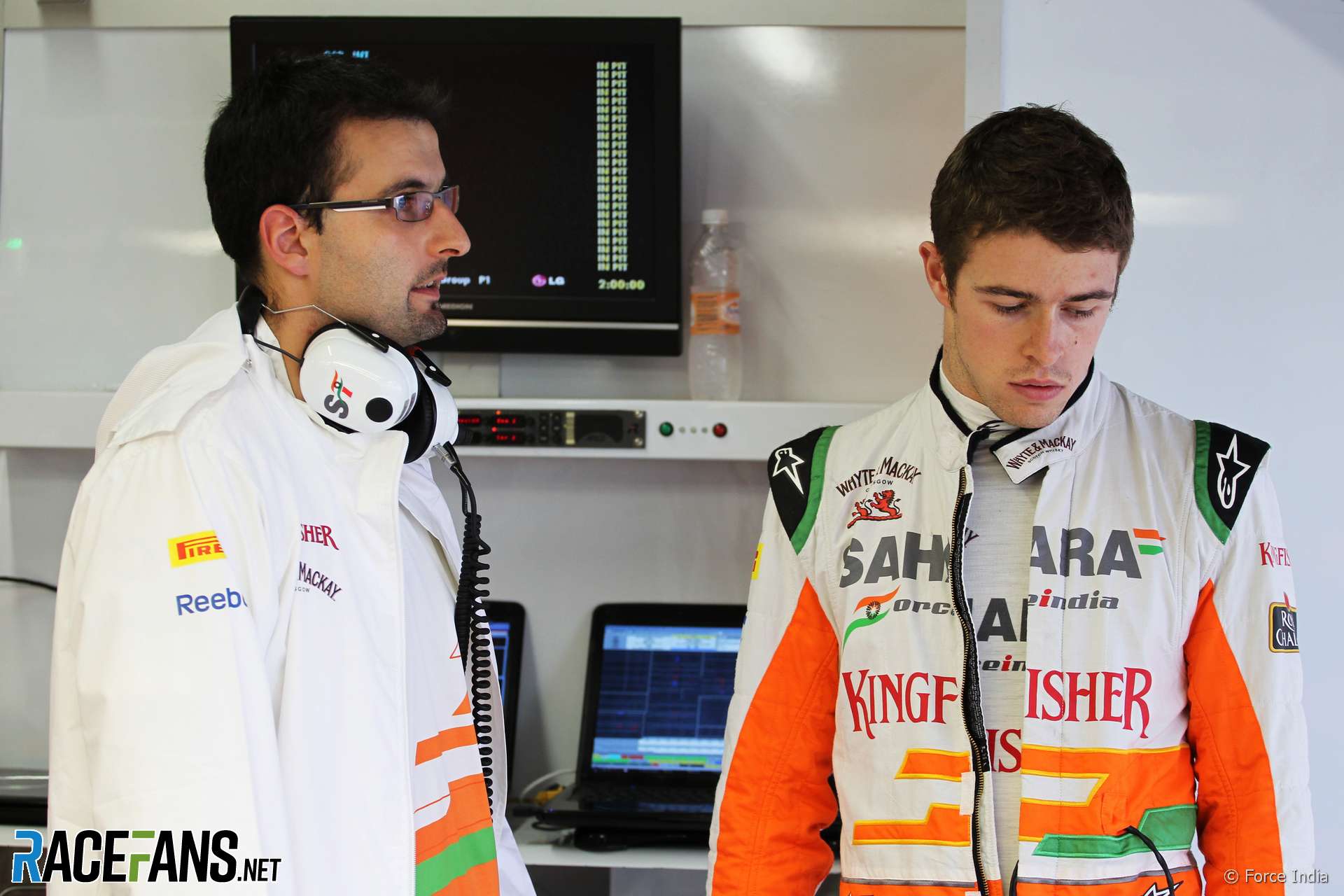 Di Resta began karting in 1994 before moving up to Formula Renault in 2003 and then entering the F3 Euroseries in 2005.

He won the European F3 crown at his second attempt in 2006, beating team mate Sebastian Vettel. But while Vettel was in F1 by the end of the following year, di Resta moved to the German Touring Car Championship (DTM).

Although a move out of single-seaters threatened to diminish his chance of making it to F1, he forged useful ties with Mercedes. And he impressed by briefly leading the 2007 DTM championship in a two-year-old car.

That earned him a place in the top team with the latest-specification machinery in 2008. He stayed in contention for the championship until the final round, ending the season four points behind Audi’s title winner Timo Scheider.

Di Resta slipped to third overall in 2009 behind Gary Paffett, a former DTM champion who had re-joined the factory squad. But di Resta’s cultivation of his links Mercedes paid off as it won him a test for the team’s F1 engine customer Force India at the end of 2009.

Di Resta became the team’s third driver for 2010 and drove for them in first practice on eight occasions during the season. He dovetailed that with a successful DTM season, winning the championship at his fourth attempt.

At the beginning of 2011 he was promoted to their race team in place of Vitantonio Liuzzi.

Di Resta got his first season of Formula 1 off to an impressive start – he scored a point and regularly out-qualified his more experienced team mate Adrian Sutil in the first half of the season.

Although he made a few rookie mistakes, typically collisions with other drivers, he maintained an impressive finishing records and completed more racing laps than anyone else in his first season.

He qualified a strong sixth at home in Silverstone, though his race was spoiled when Sutil arrived in the pits at the same time as him. He made amends in Singapore, finishing a strong sixth.

The team retained him for 2012 but promoted test driver Nico Hulkenberg to join di Resta in the race squad.

Di Resta’s best result of 2012 came in Singapore, where he took a strong fourth place and admitted a podium finish was possible.

But his Bahrain Grand Prix performance was perhaps even more impressive. Having been caught up in a petrol bomb attack in the troubled country his team chose to miss the second practice session so they could return to their hotel in daylight. Di Resta rewarded their efforts with a strong drive to sixth, resisting Alonso in the closing stages.

But as the season progressed Hulkenberg increasingly began to overshadow him. Di Resta struggled with his car set-up and later changed chassis in an attempt to cure the problem.

Sutil returned in Hulkenberg’s place for 2013 but both he and Di Resta were out of the team at the end of the year.

Di Resta supplied the team’s best results including six consecutive points finishes in the first half of the year. But his potential was impaired by a string of tactical errors in wet qualifying sessions which saw him eliminated in Q1. Making matters worse, he was sent to the back of the grid for a weight infringement after taking what would have been his best ever qualifying position for his home race at Silverstone.

The team had a difficult second half of the year as changes to the tyre compounds impaired their performance. Strong drives by Di Resta in India and Abu Dhabi helped them stay ahead of Sauber in the championship.

But both he and Sutil were cut loose by the team at the end of the year, to be replaced by Sergio Perez and the returning Hulkenberg. Di Resta headed back to the DTM with Mercedes.

Di Resta took on a new F1 role in 2016 when he became reserve driver for Williams. The following year his services were called on when Felipe Massa well ill at the Hungaroring. Despite not having taken part in any of the practice sessions, Di Resta made his F1 return in qualifying for the race.