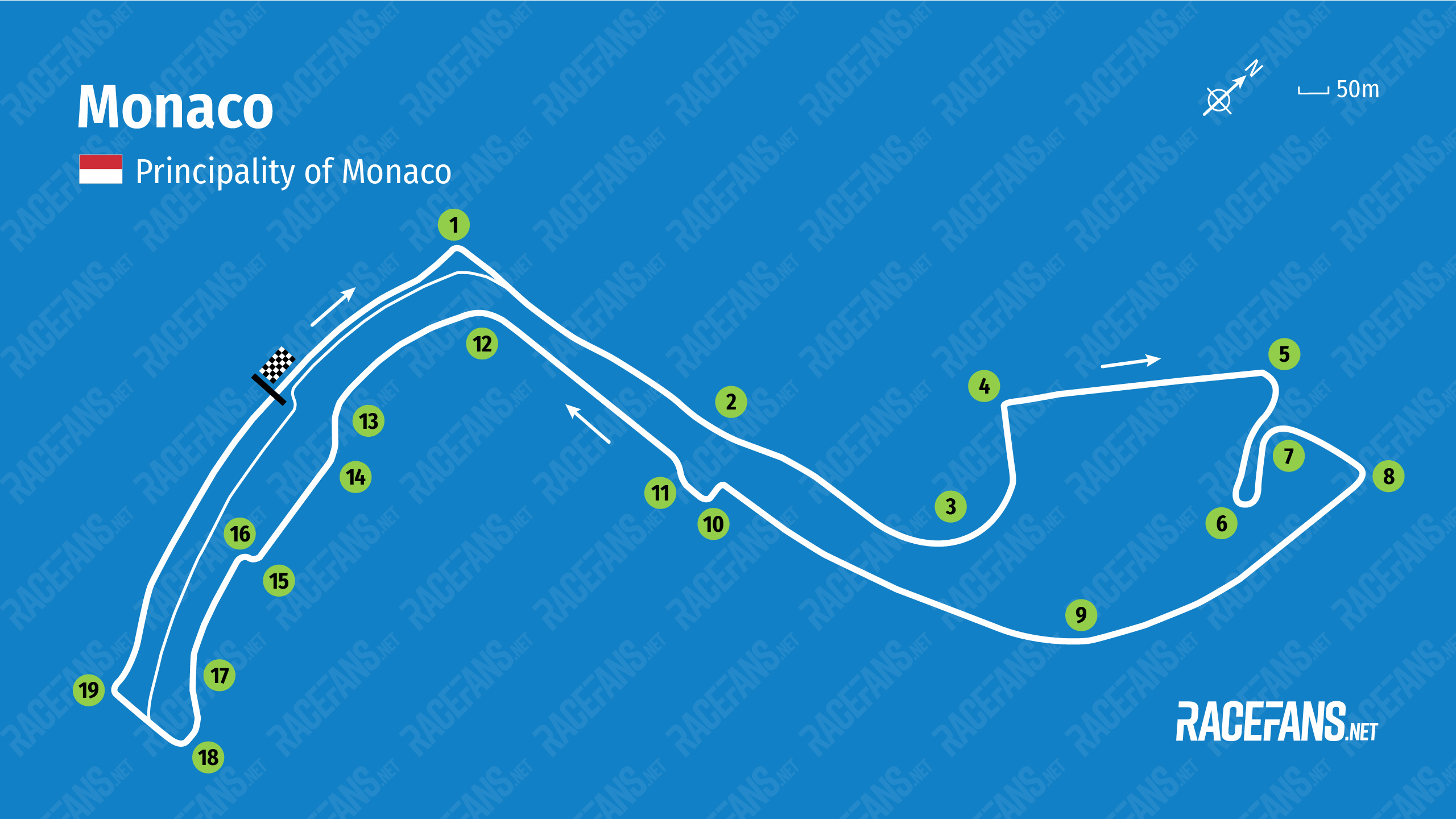 The tiny Principality of Monaco, which covers a total area of little more than two square kilometres, put on its first grand prix in 1929, more than two decades before the world championship began.

A course through the streets of Monte-Carlo was devised by Anthony Noghes, the general commissioner of the Automobile Club of Monaco. Today’s circuit includes many of the same roads, although construction in the city and increasing safety requirements have led to some changes.

This includes the section passing along the harbour front, into which Alberto Ascari famously crashed his Lancia during the 1955 race.

In the seventies a swimming pool was built further along the harbour and the circuit acquired four additional corners to dodge around it. A fast chicane was built at the harbour, and this too was changed on safety grounds in 1986.

While the relocation and repositioning of some barriers has improved sight lines and increased run-off space at some corners, it remains a very challenging course where the slightest mistake can be punished with a trip to the barriers. Further minor changes for 2015 slightly reduced the length of the lap.

And as a venue for holding a race, the opulence and glamour of Monaco has few rivals.