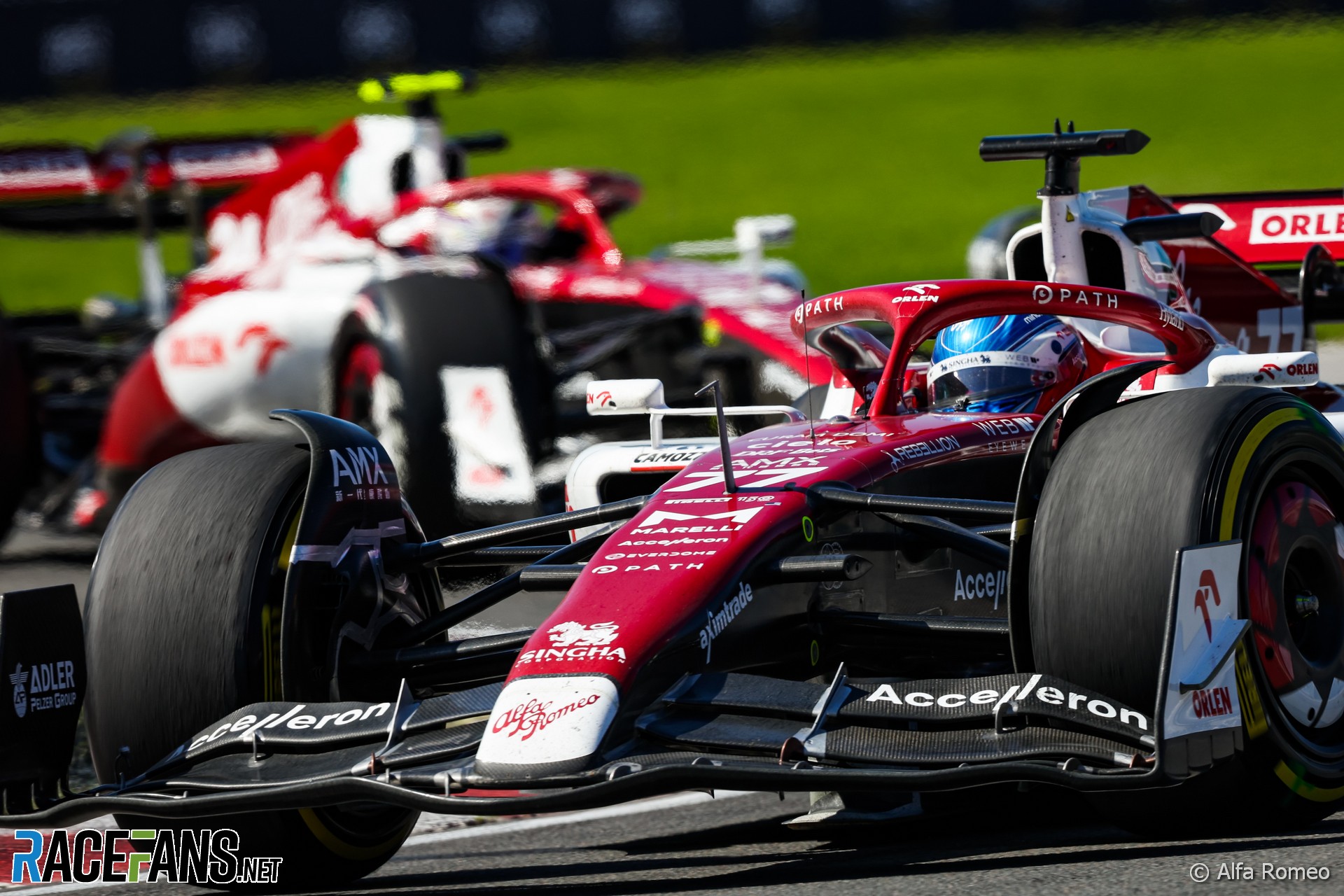 Until this season it had been six years since Valtteri Bottas last beat his team mate over the course of the season. That was when he comfortably saw off Felipe Massa at Williams, before heading to Mercedes where he went up against no other team mate than Lewis Hamilton.

It was only to be expected that a driver of Bottas’ experience, with 10 grand prix victories to his name, would show rookie team mate Zhou Guanyu the way. But Zhou can head into his second season at Alfa Romeo with his head held high. The score-line may reflect it poorly, but he showed up very well against his experienced team mate.

Alfa Romeo began 2022 in great shape. Bottas put his car on the third row of the grid in Bahrain, but Zhou lagged well behind him. The newcomer quickly brought that gap down, and though it spiked over the half-second mark occasionally, that tended to be at unfamiliar tracks, and as the season went on he increasingly out-qualified his team mate.

Indeed, having started behind Bottas at the first seven races, Zhou came out ahead at the next three, which helped him to a season-best of eighth at the Canadian Grand Prix. Better things were in the offing at the next round where Zhou qualified ninth – his best of the year – and immediately passed George Russell as the race began.

But the Mercedes driver was knocked into the side of the Alfa Romeo seconds later, flipping Zhou onto his roll hoop and sending him on a wild ride which ended with his C42 alarmingly upside down between a barrier and a debris fence. Happily he was unhurt.

By this stage in the season Alfa Romeo’s rivals were beginning to overhaul them. Having scored points in seven of the first nine races, Bottas failed to add to his tally over the next 10 rounds. Zhou’s performances were closer to his team mate’s levels but the potential for rewards weren’t as great as they had been earlier in the season, when unreliability also hindered his efforts to collect points.

Alfa Romeo brought a useful update at the end of the season which Bottas used to add points in Mexico and Brazil. He ended the season with a wide margin over Zhou in the drivers championship and almost single-handedly ensured Alfa Romeo finished sixth in the championship.

But by all other metrics Zhou had given a good account of himself: His qualifying pace improved over the year and the rookie largely avoided causing any incidents. Converting that promise into points finishes must be his goal for next year.