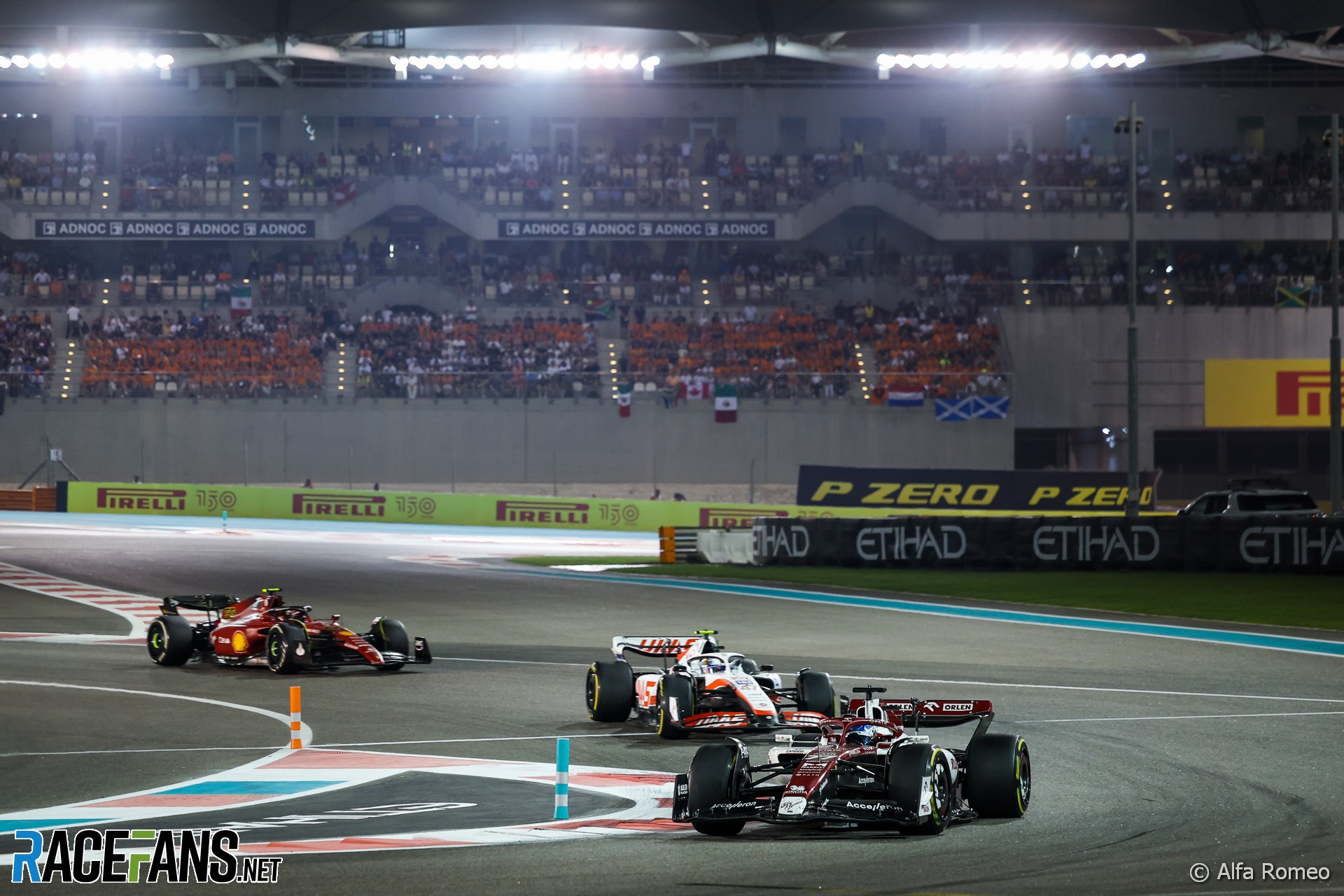 Formula 1 drivers say overtaking at the Yas Marina circuit remains difficult despite the changes made to improve racing at the circuit.

Yas Marina underwent major surgery ahead of the 2021 race. The chicane leading to the hairpin that is now the fifth corner of the lap was removed and the slower turns 11-14 were replaced by a sweeping and banked left-hander. That leads into the narrow and tyre-punishing final sector where minor changes were made, opening up the radius of some corners.

The changes were intended to deliver better racing, particularly once new technical regulations were introduced this year. The 2022 F1 rules altered the cars’ aerodynamics, which was intended to make it easier for drivers to run behind one another for longer before tyres and internal components overheat.

Last year’s Abu Dhabi Grand Prix, during which seven of the 58 laps were run behind the Safety Car, had 20 overtakes. This year’s race ran Safety Car-free and saw 53 on-track passes – well over twice as many.

Nonetheless some drivers feel the final sector of the track is continuing to thwart their overtaking attempts. “I think a lot of this is the last sector,” said Valtteri Bottas. “That sector is still, even with slight modifications, so difficult to be close and be within one second [of another driver].

“So it is tricky. I think most of the overtakes are because of tyre delta.”

Alexander Albon made similar comments. “We’re still struggling with the thermal effects of the tyres,” he said. “We can follow better, but we still struggle with tyres overheating and that’s just a dilemma that we have.

“Sector three here, following another car you lose so much downforce, just because you slide the tyres a little bit more when that happens. The tyres overheat so quickly, it gets really tricky. Unless you catch a car and overtake them within one or two laps, you’re stuck behind them.”

He also said turn nine is hard to overtake in, despite being passed at the corner on the final lap of the race by Zhou Guanyu.