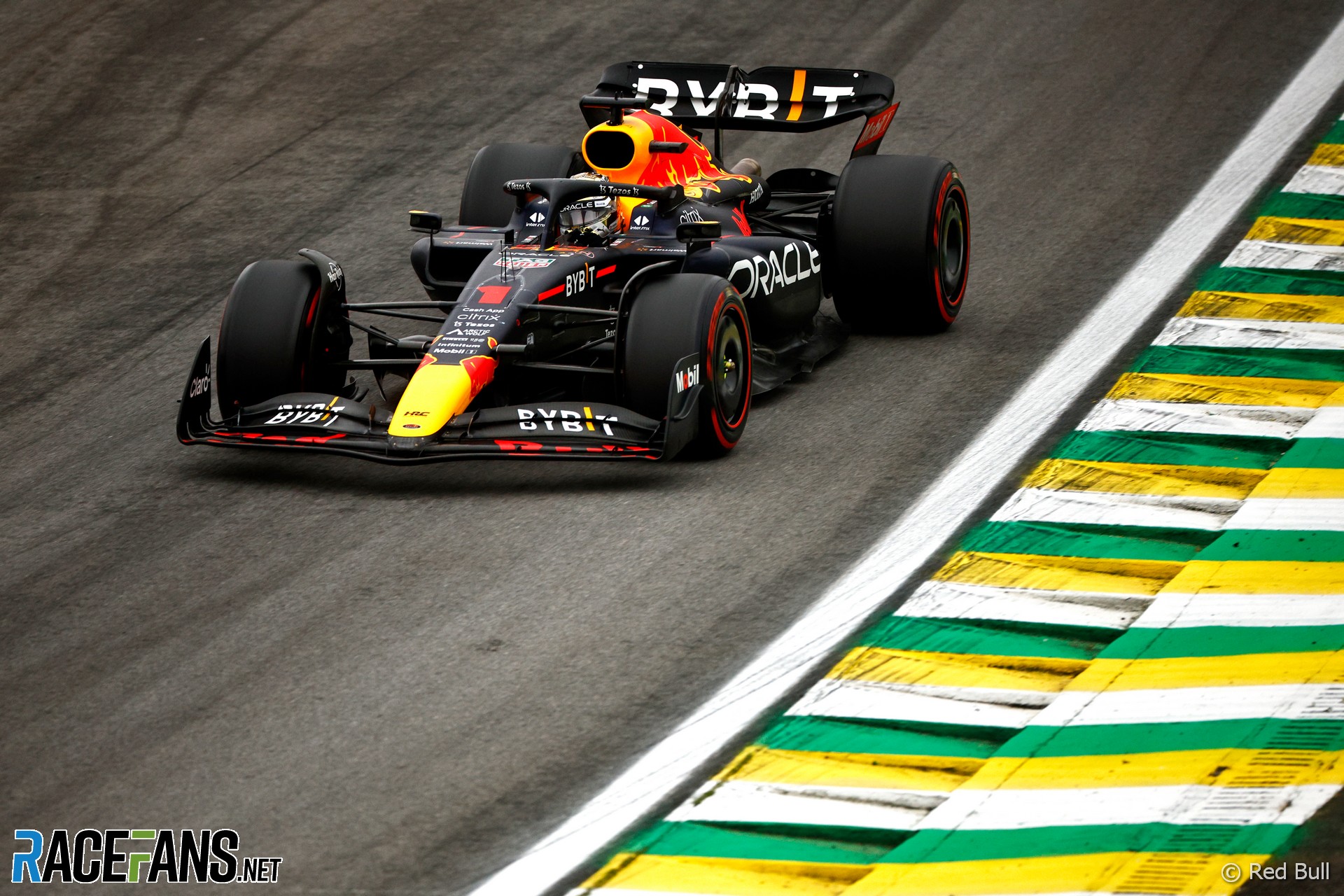 Max Verstappen says a mistake on his only flying lap in Q3 cost him pole position for tomorrow’s sprint race at Interlagos.

The Red Bull driver will line up second on the grid behind surprise pole winner Kevin Magnussen after rain fell during the final phase of qualifying. That, plus a red flag triggered by George Russell spinning into a gravel trap, meant Verstappen did not have another chance to improve his time.

“We were working with pretty tricky conditions today,” said the Red Bull driver. “I locked up into turn eight which cost me pole today.”

Light rain fell before and, at times, during the session before it intensified shortly after Q3 began. “It’s just difficult out there,” said Verstappen. “You have to see how far you can push, but you don’t want to make any big mistakes that can be costly.”

Despite being beaten to pole position, Verstappen will start ahead of Red Bull’s key rivals. However more rain is forecast.

“We are still up there at the front which is the most important thing,” he said. “Let’s see how competitive we are going to be tomorrow in the race, we have no clue what will happen with the weather but that always makes Interlagos so special for everyone.”

Haas claimed their first pole position of any kind in today’s qualifying session. “Well done to Kevin and the Haas team today,” Verstappen added. “I hope they enjoy every moment.”

Asked whether he expects to pass Magnussen before the first corner Verstappen said: “I don’t even worry about that – I think we should be alright.”