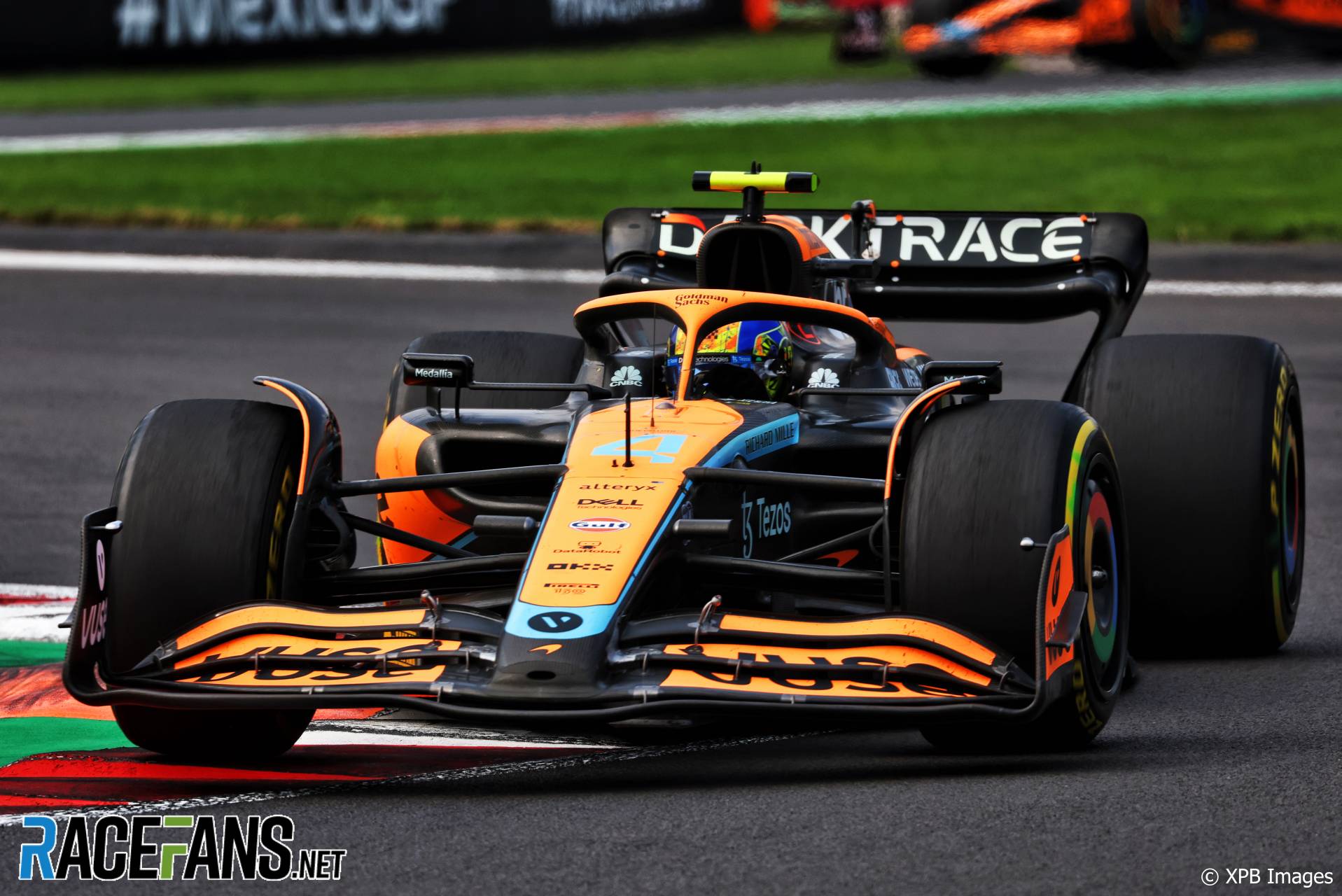 In the round-up: Lando Norris expects that the Interlagos circuit will not suit McLaren’s car for this weekend’s Brazilian Grand Prix

Lando Norris expects that the Interlagos circuit will not suit McLaren’s car for this weekend’s Brazilian Grand Prix.

McLaren are locked in a close battle with Alpine over fourth place in the constructors’ championship, with Alpine only seven points ahead with two rounds remaining. Despite out-scoring Alpine in four of the last five races, Norris does not expect Brazil to be a strong race for the team.

“I wouldn’t say Brazil is going to suit us at all with the balance of the car and our struggles,” said Norris.

“I think even the last few races we’ve not been the quickest car or quick enough – we’ve just done a better job with the strategy and with reliability to at least get to the chequered flag.”

Red Bull team principal Christian Horner says the world champions target for the end of the season is to secure second place in the drivers’ championship for Sergio Perez.

The team have already secured both world titles with Max Verstappen successfully defending his drivers’ championship and Red Bull winning their first constructors’ championship since 2013. Perez is five points ahead of Charles Leclerc in second after Ferrari endured a difficult weekend in Mexico off the pace of Red Bull and Mercedes.

“Ferrari looked like they were a little bit handicapped, so I’m not sure we saw their real pace, but I’m sure they’ll be back,” said Horner.

“It was important for Checo to score strong points. It puts him back into second in the championship, and that’s our target – for him to finish in that position by the end of Abu Dhabi.”

The sport introduced a budget cap last season, limiting how much money teams could spend in a variety of areas. Although the top three teams have dominated the 2022 season, Tost is confident the midfield will catch up as the years go by.

“The new regulation brought the cars closer together, especially in the midfield,” he said.

“I think that the gap to the three top teams could also be closed in the next years when the cost cap is coming closer, or will help to bring the teams closer together because the top teams can’t spend any more so much money.”

"Welcome to Vegas! Ahead of the groundbreaking Las Vegas Grand Prix starting in 2023, we're kicking things off early with a special launch party. Join us to catch Lewis Hamilton, George Russell, Sergio Perez, Alex Albon plus F1 car runs up and down the famed Las Vegas Strip."

Sainz: Ferrari driver 'had to reinvent myself' to challenge Charles Leclerc (BBC)

"It has been an extremely challenging season for me. I found a lot of setbacks at the beginning of the year with this new car, with the new regulations, that didn't adapt to my driving style. I had to reinvent myself in many ways to try and find the pace."

"Conor Moore, who shot to fame with his short sketches doing impressions of sports personalities, visited F1 paddock in Austin. See some behind-the-scenes material of what he got up to on the day and enjoy more of his incredible impressions."

"Are you allowed to ask Red Bull drivers questions Crofty?" Russell asked cheekily. "Yeah, I am tonight. I've got special permission tonight. Don't start on me," Croft replied, before jokingly asking Perez if he was allowed to answer his questions."

360 donuts are our new favourite. 🍩 pic.twitter.com/N2J3csYcAA

One reason: In Monaco the locals leave town to avoid all the tacky racing people. In comparison, Vegas raises tackiness to an art form! https://t.co/LJdZ6EPFdX

Between the land and the construction of the paddock, F1 will be investing about $500 million in the facility alone, according to Gov. Steve Sisolak. #vegas #F1 #LasVegasGP pic.twitter.com/xFoTq93Yxh 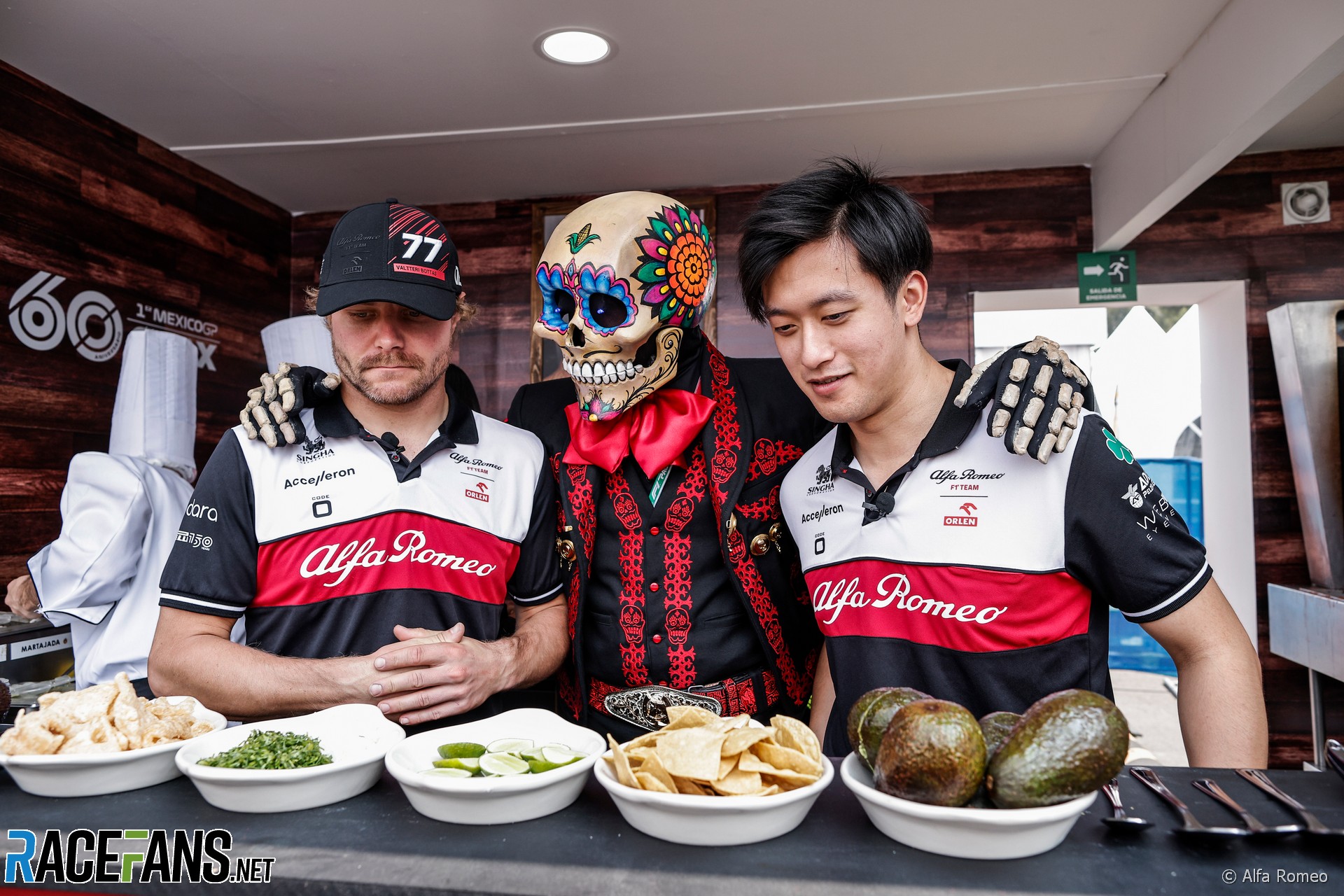 Even with the latest upgrades on the car, the Alfa drivers still felt they were carrying some dead weight.
Derek Edwards

Thanks to everyone who came up with caption idea this week and a special mention to Red Andy, Sham and Pat Ruadh who all came up with particularly good captions.