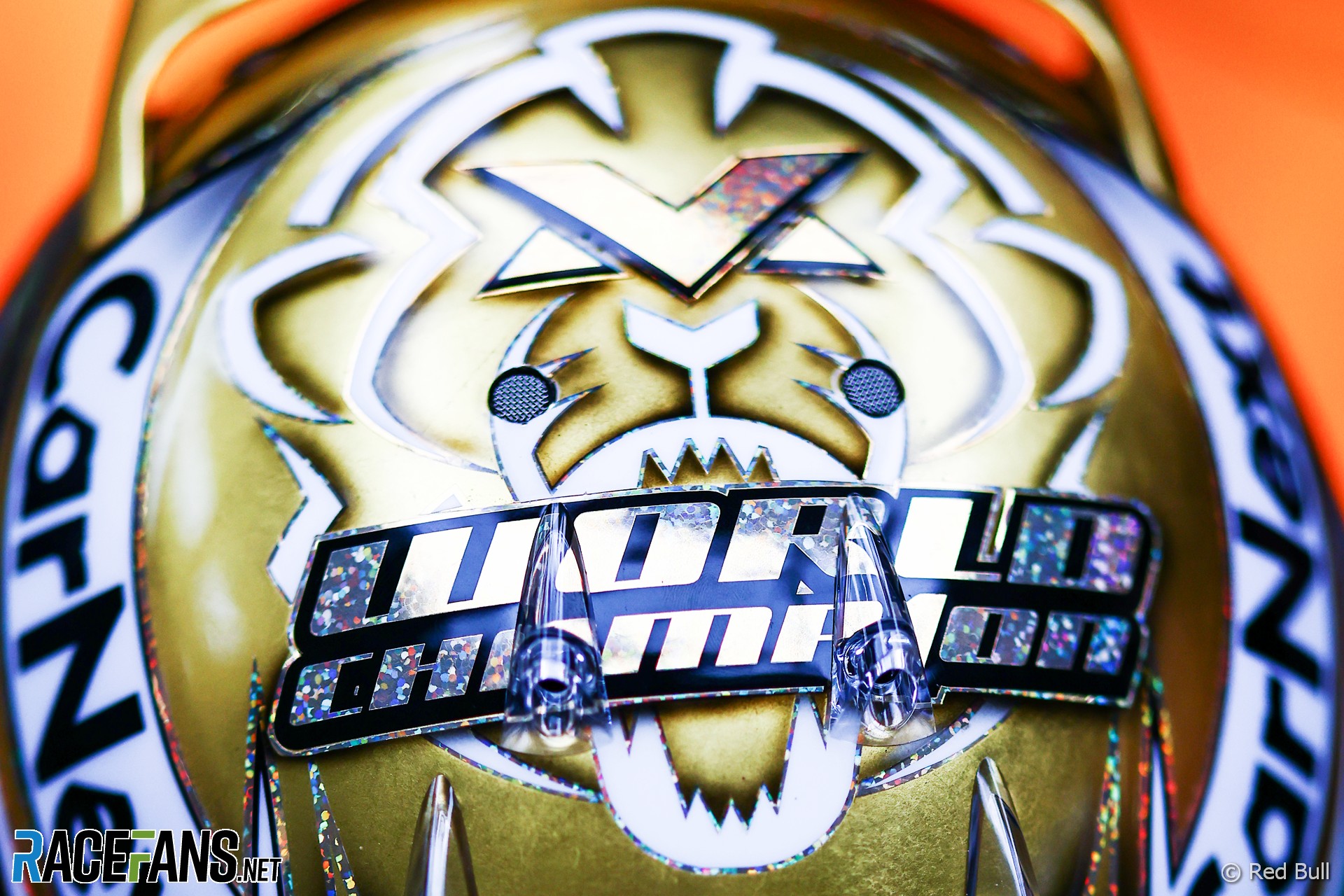 Max Verstappen and Sergio Perez have special helmet designs for this weekend’s race, and Red Bull’s most successful driver has brought back an old look to commemorate the team’s late founder.

Perez says his luchador-style helmet is “the most Mexican helmet I’ve ever done, representing my culture.” He could become the first Mexican driver to win their home race this weekend.

Having clinched the drivers championship earlier this month in Suzuka and secured Red Bull’s fifth constructors title in Austin last week, Verstappen has introduced his final special helmet design for the last three races to commemorate the achievements. The gold helmet bearing the legend world champion “has special meaning of course,” says Verstappen, “a special year for everyone within the team.”

During the drivers’ press conference on Thursday Sebastian Vettel paid an eloquent tribute to late Red Bull founder Dietrich Mateschitz. Vettel was backed by the energy drink manufacturer from his early days in karting and went on to win races for both Red Bull and junior team Toro Rosso (now AlphaTauri). He won four championships with the team and helped deliver their four consecutive constructors’ championships from 2010 to 2013.

Vettel’s helmet for this weekend closely resembles his original Red Bull design, even including their logo, although the Red Bull text has been replaced with the message “Danke Didi”.