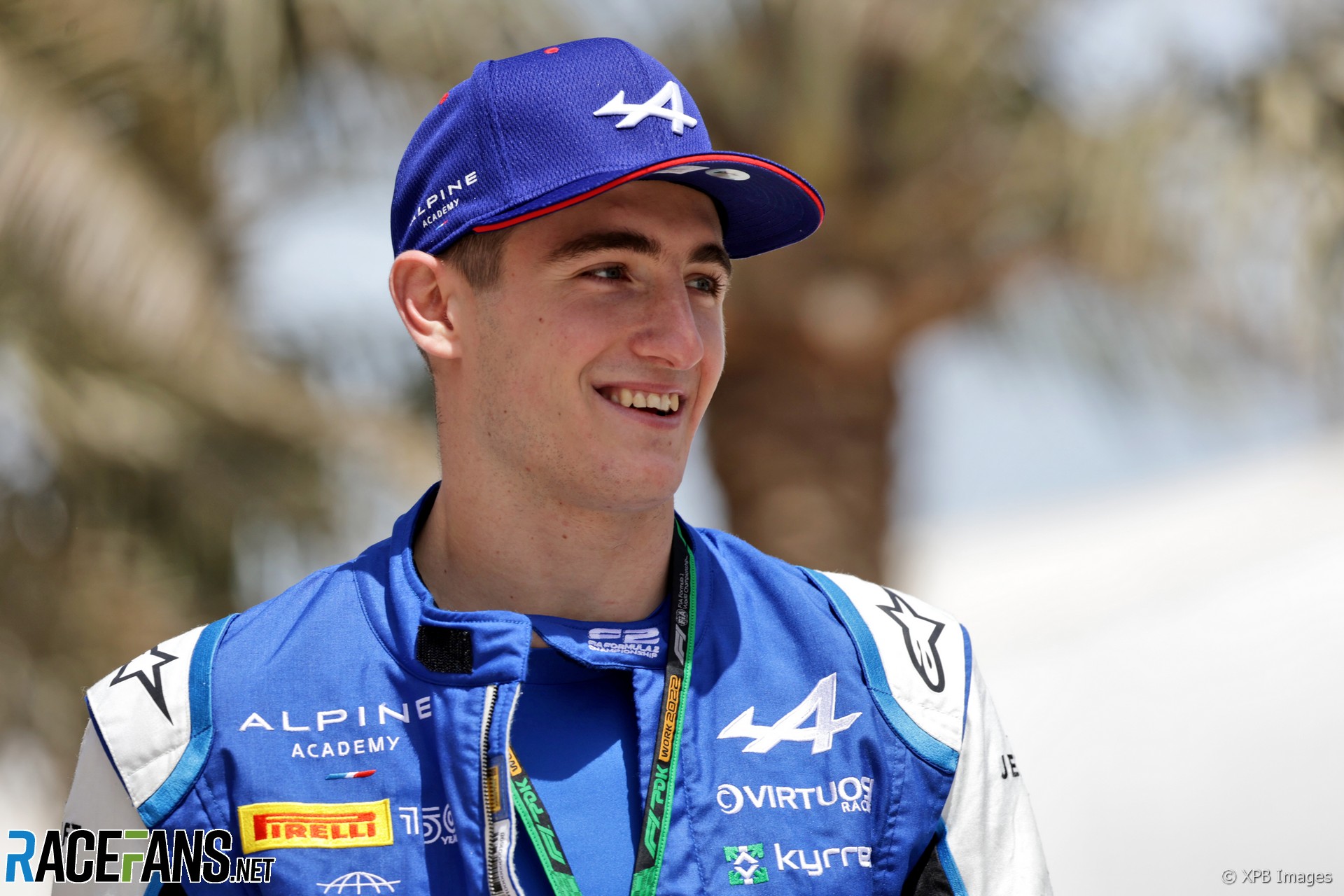 Alpine junior Jack Doohan will drive for the team in the first practice session at this weekend’s Mexican Grand Prix and the season-ending Abu Dhabi Grand Prix.

The two sessions will be Doohan’s first in a Formula 1 car on a race weekend, and in Alpine’s A522 car. The Formula 2 racer has previously done private running this year in the manufacturer’s 2021 car.

Doohan lies fourth in the F2 standings with one round to go, and the rookie is in contention to be championship runner-up. He looks set to race in the series again next year, and will likely also replace McLaren-bound Oscar Piastri as Alpine’s reserve driver.

“I’ve had a few runs this year in the A521, but to be actually driving this year’s current F1 car but also on the same track at the same time as the current F1 drivers, on a F1 weekend, is going to be unbelievable and something that I’ve dreamt of since I’ve been a little kid,” said Doohan

“We had some good time on the sim, in which I was able to work with the engineers to kind of get my head around it. It’s quite an extraordinary circuit and place. So it’s going to be an experience, and not only for a new track, but to experience conditions like this. But nevertheless I’m super-excited.

“I’ve been over-looking, you could say, the F1 weekend from afar over my F2 season so far, being able to come up into the paddock at certain points. But actually being able to be full-time in the F1 paddock and be with the engineers through every moment of the weekend will enable me to really understand the step-by-step movements that is required to fully be ready for these sessions and for the participation in the session.”

By placing Doohan in the car at two events, with the 19-year-old replacing Esteban Ocon in Mexico and Fernando Alonso in Abu Dhabi, Alpine will complete the new-for-2022 requirement of running a driver with less than three grand prix starts in two first practice sessions across the season.

“We have all been impressed with Jack’s progression across many areas this season and he’s deserving of this chance as we continue to nurture his high potential,” said Alpine team principal Otmar Szafnauer.

“It’s important to give our young drivers opportunities to test Formula 1 cars and our Academy programme has proven to be successful in doing just that. We expect Jack to work hard during the session and take as much as he can from the experience of being involved in a Formula 1 grand prix weekend.”