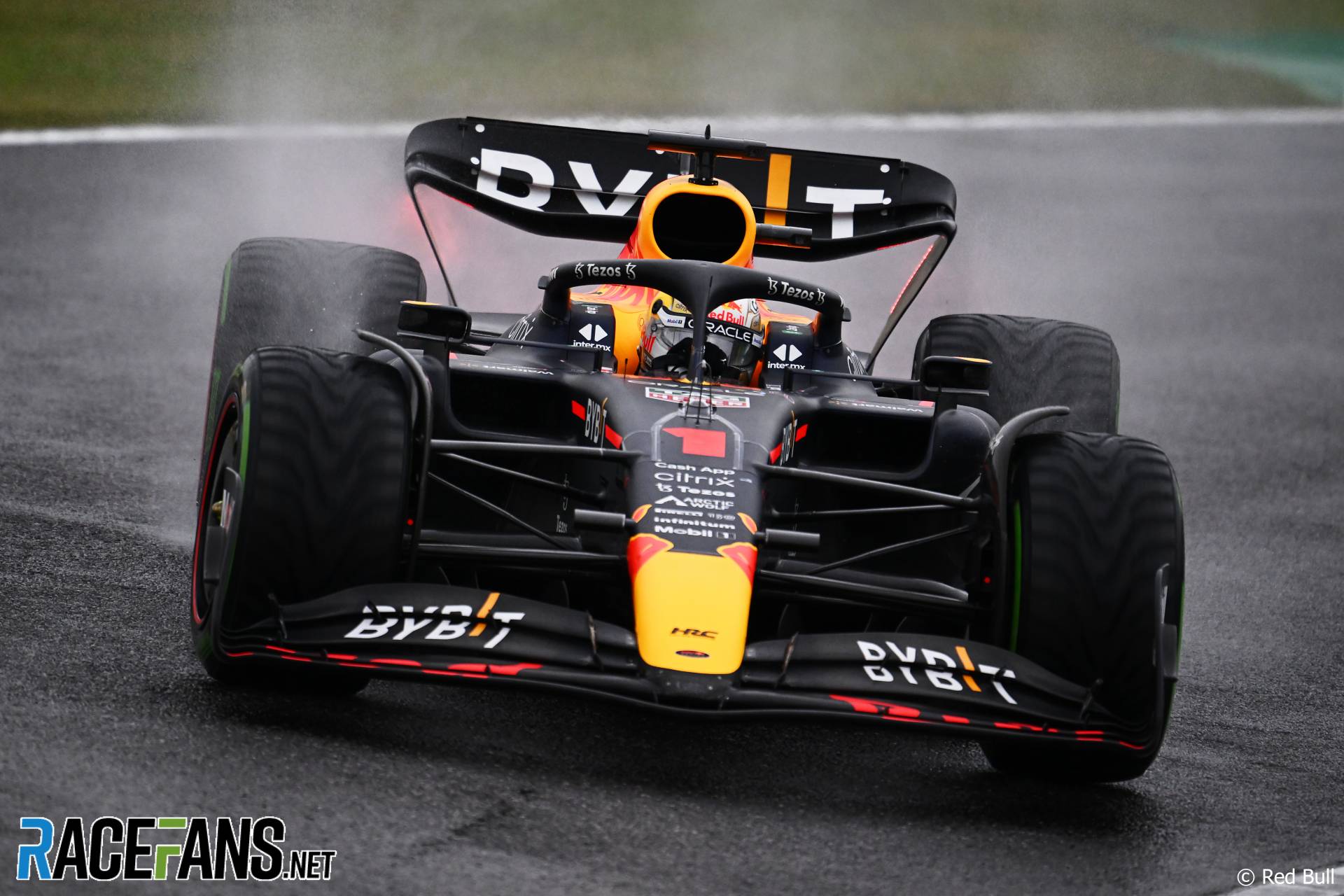 In the 73rd running of the world championship he is the 17th driver to become a multiple champion. He is the eighth of those to win his first two titles consecutively. The others are Alberto Ascari, Jack Brabham, Alain Prost, Michael Schumacher, Mika Hakkinen and Verstappen’s current rivals Fernando Alonso and Sebastian Vettel.

He sealed the title with his 12th win of the year, leaving him one shy of equalling the all-time record, with four races remaining. He won three of those rounds last year, at Circuit of the Americas, Autodromo Hermanos Rodriguez and Yas Marina.

Just like Vettel in 2011, Verstappen won the title for Red Bull driving car number one at Suzuka, with four races to spare. Only two drivers have clinched titles with more races remaining: Nigel Mansell in 1992 (five races) and Schumacher in 2002 (six).

It was fitting for Verstappen to clinch his second title at Suzuka, the track where he started his first practice session eight years earlier. It delivered the first win for a team other than Mercedes at this circuit since the V6 turbo hybrid era began in 2014.

For the first time in more than a decade, the world championship was decided in Japan. However the country has seen more title-deciding races than any other. This was its 14th, 12 of which occured at Suzuka, plus one at TI Aida in 1995 (the Pacific Grand Prix) and Japan’s first world championship race at Fuji in 1976.

As well as equalling Alonso’s tally of world championships, Verstappen also drew level with him in terms of victories. They both have 32 and are tied for sixth place on the all-time list. Alonso was the only driver other than Verstappen to officially lead a lap of Sunday’s race. It was the first time he’s headed the field since last year’s Hungarian Grand Prix.

Verstappen took the 18th pole position of his career the day before, drawing level with Charles Leclerc once again, as well as Mario Andretti, Rene Arnoux and Kimi Raikkonen. There was just one hundredth of a second between the occupants of the front row, the narrowest margin since last year’s Portuguese Grand Prix, where Valteri Bottas pipped Hamilton by 0.007s. For the second race weekend in a row, the top three were covered by less than six hundredths of a second.

The race’s fastest lap was decided by an even slimmer margin. Zhou Guanyu took the first of his career by one-thousandth of a second from Alonso. As was the case for George Russell last weekend, Zhou didn’t earn the bonus point which comes with it because he didn’t finish inside the top 10.

The was the 15th time Alfa Romeo has set a fastest lap in F1, and their first in almost four decades. The last driver to set the fastest lap in an Alfa Romeo was Andrea de Cesaris in the 1983 Belgian Grand Prix.

Leclerc’s post-race penalty promoted Sergio Perez to second place and ensured Red Bull’s fifth one-two finish of the season. Perez also moved back ahead of Leclerc into second place in the championship.

Esteban Ocon took fourth, delivered the best result of the season for himself and his Alpine team. Sebastian Vettel equalled Aston Martin’s best finish of the year in sixth, while Nicholas Latifi took his first points for more than a year with ninth for Williams on his Suzuka debut.

There were various oddities about this race, not least the FIA’s decision to award full points for a race which barely exceeded half-distance, to the surprise of many teams. This arose due to the two-hour interruption caused by heavy rain.

It also meant this was officially the slowest race ever held. Verstappen won in three hours, one minutes and 44.004 seconds, an average speed of just 53.583 kph for the 28 laps. The previous record was set at the 2011 Canadian Grand Prix, which Jenson Button won at an average speed of 74.864kph. The slowest race which did not feature such a stoppage was the third-slowest of all time, Fangio’s win in the 1950 Monaco Grand Prix, averaging 98.701kph for the 100 laps.

Have you spotted any other interesting stats and facts from the Japanese Grand Prix? Share them in the comments.