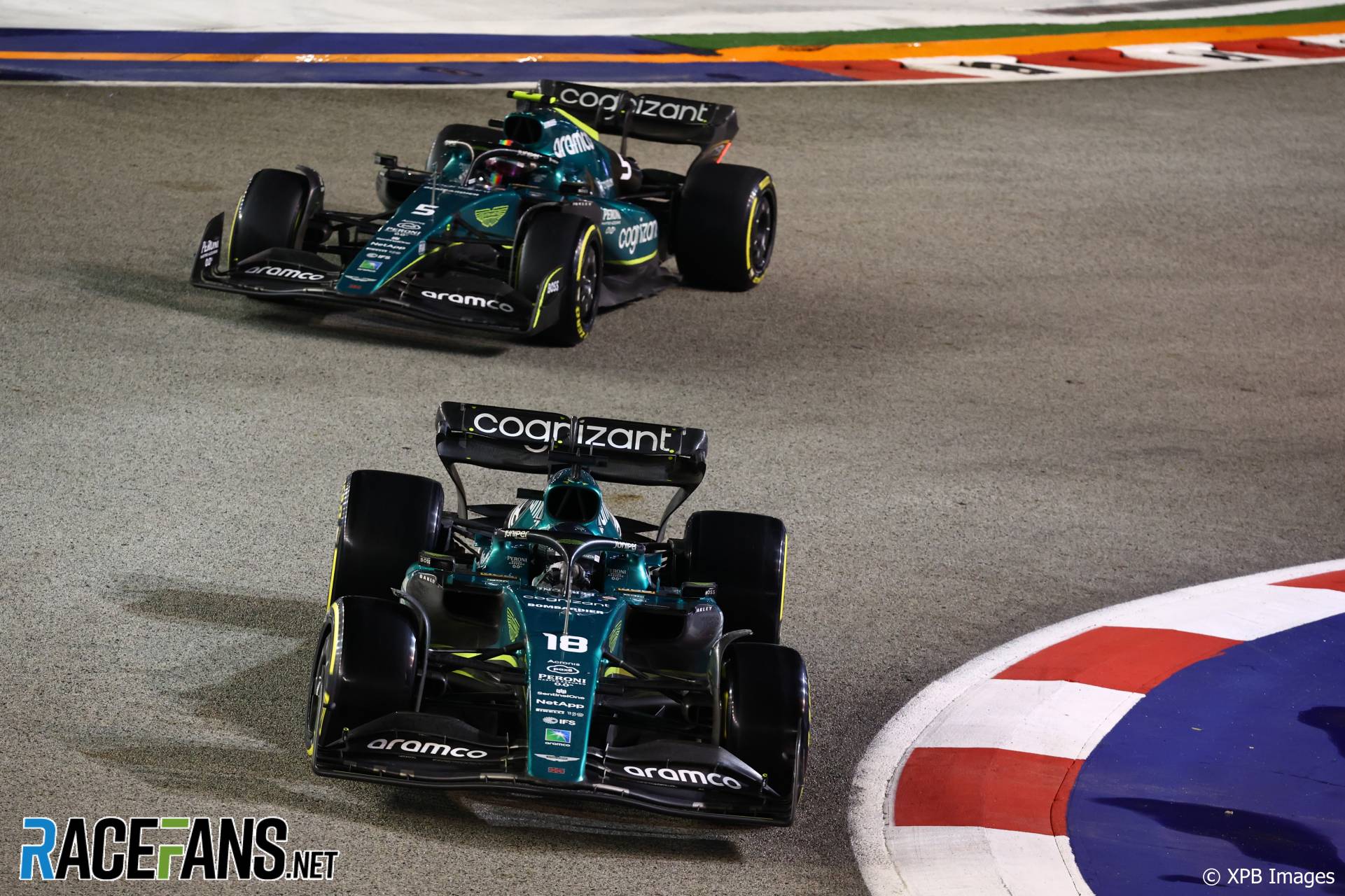 Aston Martin scored their best result of the season so far in Singapore and moved up two places in the championship, which team principal Mike Krack said was a “welcome reward” for their efforts.

Lance Stroll equalled the team’s highest finishing position of the season with sixth place. Team mate Sebastian Vettel added to their points haul in eighth, having been overtaken by Max Verstappen on the final lap.

Krack praised his drivers’ efforts as both finished five places higher than they started. “Lance drove fast yet patiently to sixth place, scoring an excellent eight world championship points for us,” he said. “Sebastian, finishing eighth, added four more, pipped for seventh on the final lap by a hard-charging Verstappen.

“On a very slippery track surface, both our drivers handled an extremely tricky task superbly. As a result, we have climbed a couple of places in the constructors’ world championship, which is a welcome reward for the steady progress we have been making recently.”

Aston Martin moved past Haas and AlphaTauri into seventh place in the constructors’ championship. They are 15 points behind Alfa Romeo with five races left.

“Formula 1 is a team effort, and in particular I want to pay tribute to our mechanics, who have worked long and hard in very humid conditions over the past few days, and executed our pit stops brilliantly this evening,” Krack added. “I also want to thank the team back home at Silverstone, who also did a fantastic job.”

Lance Stroll said moving up the championship standings was a “nice boost” for the team.

“It was a tricky race,” he said. “The track surface was very slippery for the whole race, and it was not easy to stay out of trouble. It took a very long time to dry, just as it did [in qualifying].

“It was just a case of waiting for the areas with the new asphalt to dry out before the switch to slicks, which we timed really well.”

Vettel was involved in a scrap with fellow champions Verstappen and Lewis Hamilton at the end of the race. “I had a big battle with Lewis and Max in the closing laps,” he said. I was defending for many laps and it was a shame that Max got ahead of us on the final lap.”