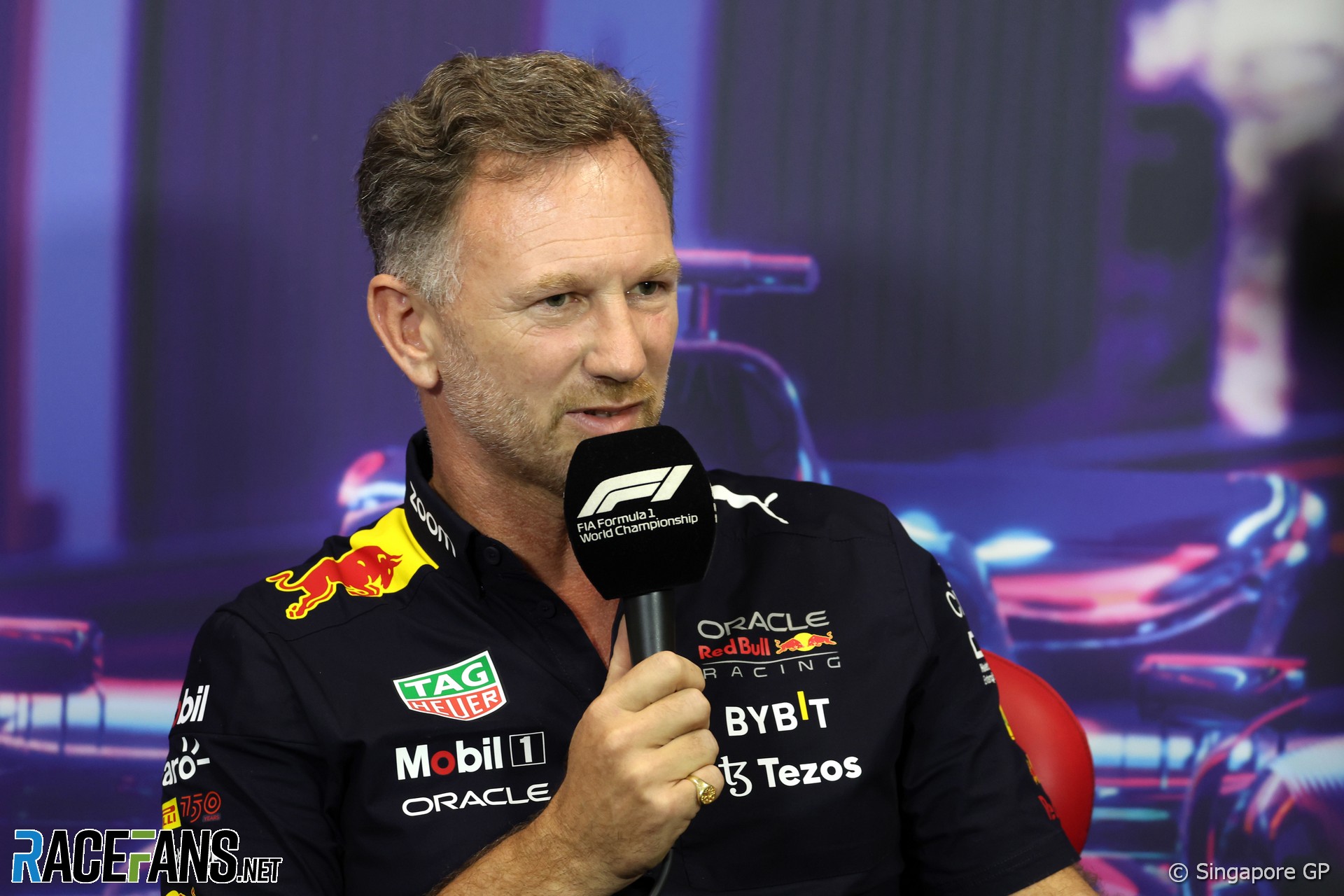 Reports emerged yesterday claiming the FIA has found two teams were not in compliance with the new financial regulations which were introduced last year, and Red Bull could be one of them.

Verstappen beat Mercedes driver Lewis Hamilton to the 2021 drivers’ championship in a controversial finale last year. Mercedes team principal Toto Wolff said yesterday that if Red Bull over-spent in 2021, it could give them a development advantage this year and next.

Horner reiterated his team did not exceed the $145 million spending limit last year and says that is supported by the data it submitted to the FIA earlier this year.

“We made the submission in March,” he said. “We stand absolutely, 100% behind that submission that we are below the cap.

“That submission has to be signed off by your auditors, obviously ours is one of the big three, and then it goes through a process with the FIA, a little bit like an audit, where there are questions and interpretations that are raised and discussed.

“That process is ongoing with the FIA who haven’t, obviously, completed their process at this point in time. I think they made that clear in a statement they put out yesterday evening. So we await with interest to see the final outcome of that process which is hopefully in the near future but remain absolutely confident that we’ve absolutely complied with the cap.”

The team was “a little bit taken aback by comments that were coming from two of our rival teams yesterday”, said Horner, who questioned how they had learned the details of his teams’ submissions to the FIA.

“The submission between the team and the FIA is one that is confidential,” he said. “I have no idea what the outcome of our rivals’ submissions are or their accounting treatment and so on.”

Horner insisted there is no truth to his rivals’ accusations. “I’d be intrigued to know where their source of information for these fictitious claims have come from,” he said.

“They’re hugely defamatory. We take umbrage to them. One can only assume it’s not coincidental that this is at a point where Max has his first strike at a world championship.

The team will consider its reaction to the claims made by their rivals if they are not withdrawn, said Horner.

“Unless there is a clear withdrawal of those statements we will be taking it incredibly seriously and looking at what the options available to us are because it is absolutely unacceptable to be making comments of the type that were made yesterday.

“It’s totally defamatory to the team, to the brands and even to Formula 1 and I’d be intrigued to know where their source of information has come from.”

Horner said there is no doubt his team was the focus of the claims over the cost cap. “I think they were very clear in naming Red Bull,” he said.

While Wolff claimed yesterday it is an “open secret” in the paddock that one team had significantly breached the spending limit, Horner questioned how that could be so when Red Bull do not know the consequences of their submission.

“We take umbrage and extremely seriously the remarks that have been made because is it any coincidence that Max has his first shot at winning a world title and here we are talking nothing but cost caps rather than the phenomenal performance he has had this year? I think it’s an underhand tactic that’s been employed to detract from perhaps a lack of performance this year.

“Of course when references are made to last year, this year, next year, we’re going to take that extremely seriously. So this is an issue for the FIA to deal with but also for Red Bull to consider what our position is with those comments that have been made.”