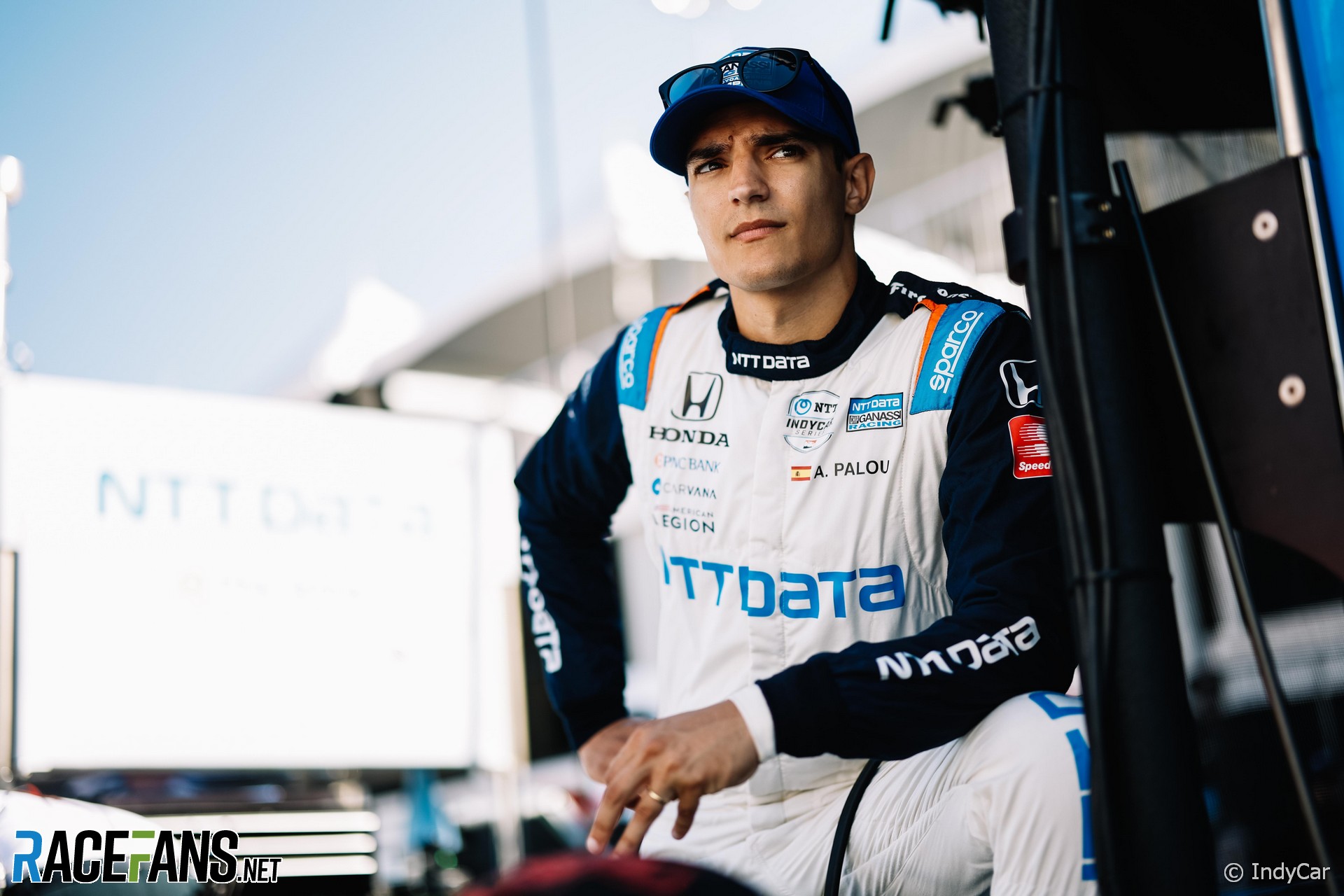 Alex Palou has confirmed he will continue to drive for Ganassi next year, two months after publicly contradicting their announcement he would stay at the team.

Ganassi and McLaren Racing have been locked in dispute over the future of the 2021 IndyCar champion, who won last weekend’s season finale at Laguna Seca.

In a statement on social media today Palou confirmed an agreement has been reached which will see him continue to race for Ganassi in IndyCar. The arrangement also allows him to take up an opportunity to test an F1 car for McLaren, which he is doing today in a 2021-specification MCL35M chassis. The team has run IndyCar drivers Colton Herta and Pato O’Ward in the past 12 months.

“I’m excited to announce that Chip Ganassi Racing and I have come to an agreement and I’ll be back in the number 10 car next season,” said Palou on social media.

“I’m also grateful that Chip Ganassi Racing will allow me to pursue F1 testing with McLaren outside of my IndyCar commitments. Thank you Chip, Mike [Hull] and the entire team for your willingness to work together and help support both the team and my personal goals throughout this process.”

Palou made his IndyCar debut with Coyne in 2020 before switching to Ganassi the following year. He won the championship in his first season at the team.

However Ganassi’s July announcement it had taken up an option on Palou’s services for 2023 was swiftly denied by the driver. Palou accused Ganassi of issuing the press release “without my approval”, and McLaren subsequently announced it had added the driver to its growing roster of talent.

Palou nonetheless completed the 2022 season with Ganassi, taking fifth in the championship.

“There’s no better way to enter the off-season than with this news,” said Rosenqvist. “I love this team, and I’m so happy to continue working with all the incredible people I’ve gotten to know over the past two seasons.

“With everything the team has in the pipeline, the continuing relationship with Pato and the addition of Alex Rossi, we are going to bring our A-game for 2023.”