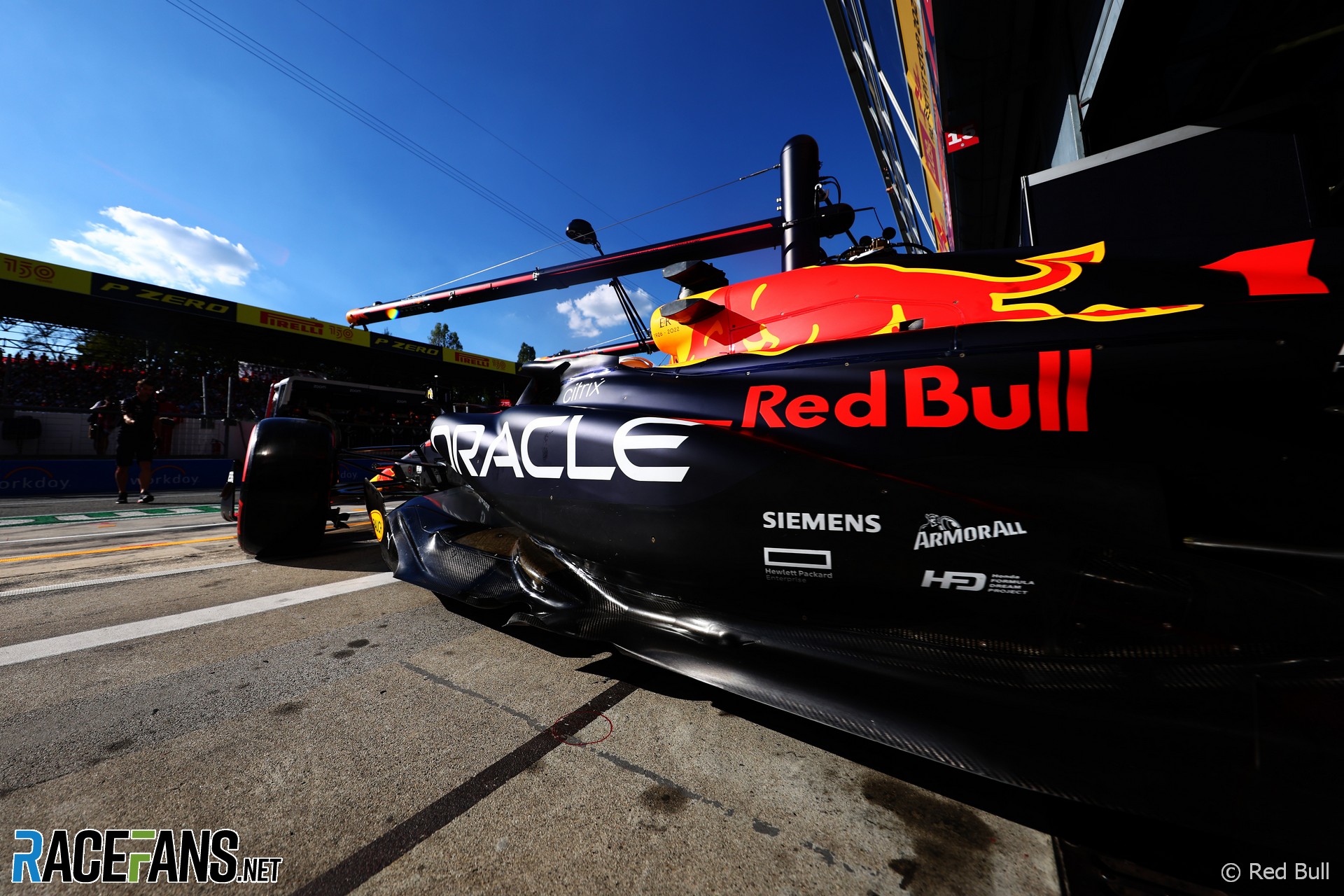 With his 11th win of the year at Monza last weekend, Max Verstappen’s season has now featured as many race victories as Lewis Hamilton had during any of his championship-winning campaigns.With six races left to run this yer, the all-time record of 13 race victories in a season is well within Verstappen’s grasp. Indeed, if he wins the coming two races in Singapore and Japan, he will equal Michael Schumacher’s benchmark achievement of racking up those 13 wins in just 18 starts.

Verstappen’s second world championship title is essentially assured at this point and he could even claim it in Singapore if he wins and rivals Charles Leclerc and Sergio Perez finish far enough down the order. A more realistic scenario would have him claim the title a week later at Suzuka.

This would be fitting as the track is owned by Honda, the original manufacturer of the power unit in the back of Verstappen’s car which is now branded by Red Bull Powertrains and run with the assistance of Honda Racing Corporation. Honda announced in October 2020 it would abandon its Formula 1 programme at the end of 2021, but since confirming it would pull the plug its hardware has become the power unit to beat.

The Japanese engines have won more than half the races since their makers announced they were done with F1 in the run-up to the 2020 Eifel Grand Prix. Even if they fail to win the next three races, Honda will still have won half the grands prix since their exit was confirmed.

Verstappen’s Italian Grand Prix success was his 31st career win, putting him level with Nigel Mansell in seventh place on the all-time F1 race winners’ list. It was also his fifth win in a row, which puts him in rare company, as fewer than 10 drivers have managed this. The others to do so are Hamilton, Mansell, Jim Clark and Jack Brabham – all of which made it no further than five – plus Schumacher, Vettel, Nico Rosberg and Alberto Ascari, who managed even longer streaks.

Ferrari at least took pole position for their home race. Charles Leclerc repeated his 2019 Monza pole, though not the win. His 17th pole position puts him level with Verstappen – again – and Jackie Stewart.

It was a double Dutch points haul as Nyck de Vries shone on his short-notice debut for Williams, taking ninth place. That equalled the team’s best result of the season, matching the result scored by the driver he replaced, Alex Albon, in Miami. It didn’t reflect well on the other Williams driver, Nicholas Latifi, who remains the only driver to have entered every race this year without scoring a point.

Before taking over Albon’s car for final practice, De Vries had already driven for Aston Martin in the weekend’s first session. He therefore became the first driver to compete for two different teams in the same weekend since Harald Ertl at the same race 44 years earlier. Ertl drove an Ensign in practice then tried, unsuccessfully, to quality for ATS, missing the cut by almost two seconds.

For only the second time this year, Alpine failed to score. Esteban Ocon finished 11th, and Fernando Alonso retired. The two-times champion had made his 349th start, which means he sits equal with Kimi Raikkonen as having the all-time record for most grands prix contested.

One point for Zhou Guanyu meant Alfa Romeo added to their score for the first time in seven races. But that is the only point a Ferrari customer team has scored over the last five rounds.

Have you spotted any other interesting stats and facts from the Italian Grand Prix? Share them in the comments.