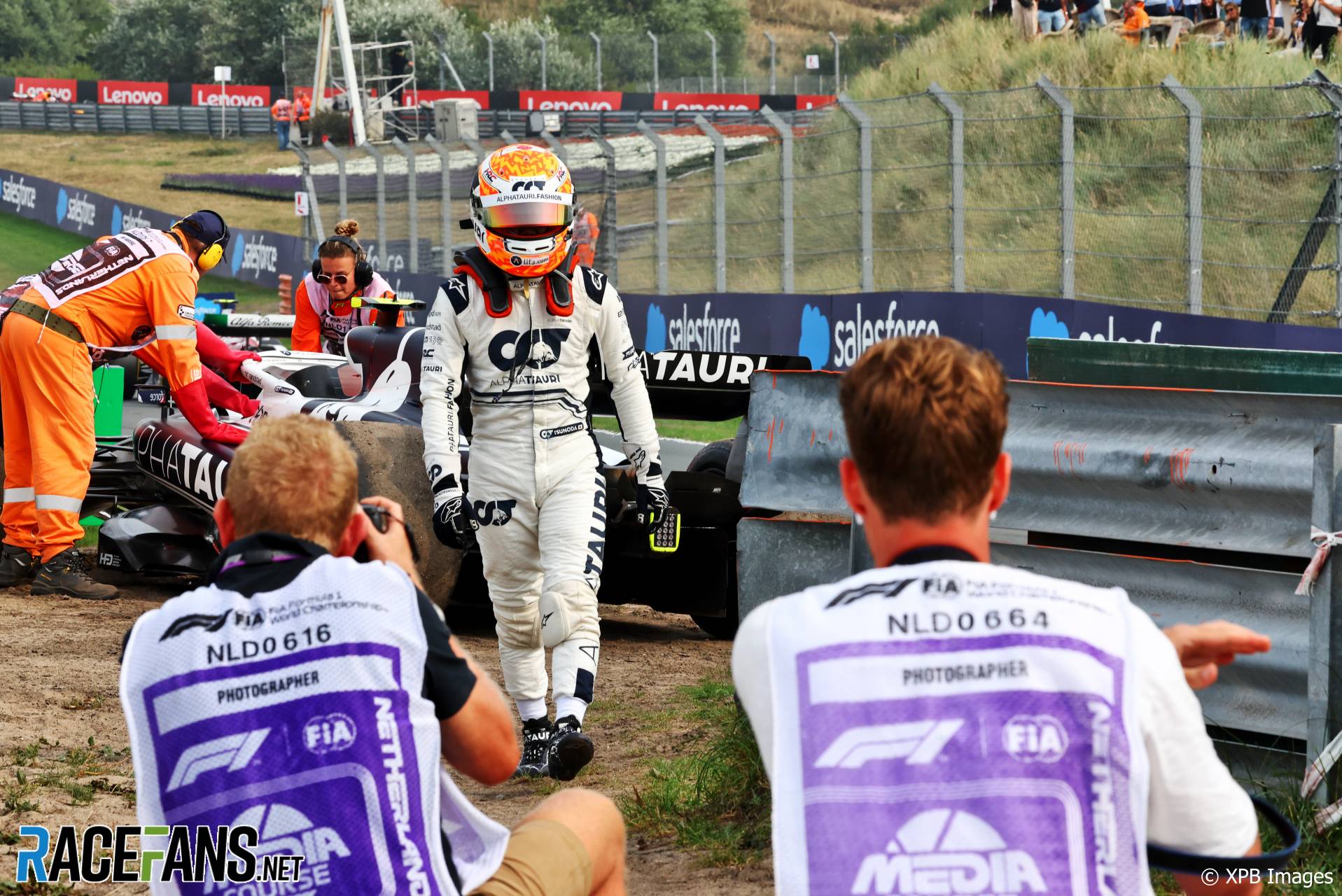 The FIA is expected to confirm a 10-place grid penalty for Yuki Tsunoda at next week’s Italian Grand Prix after he collected his fifth reprimand of the year.

A 10-place grid penalty is automatically issued to any driver who collects five reprimands, at least four of which must be for driving infringements, over the course of a season.

Tsunoda was given his fifth reprimand of the season this year for driving with loosened seatbelts during today’s Dutch Grand Prix. It occured after the AlphaTauri driver stopped his car, suspecting a wheel was loose, then was told by his team to return to the pits.

As he arrived in the pits, Tsunoda told his team his belts needed to be tightened. He subsequently returned to the circuit, stopped on-track and retired. This prompted an investigation by the stewards.

“After a pit stop of car 22 [Tsunoda] the driver stopped the car due to the fact that he felt a wheel being not properly fitted,” the stewards explained in a statement. “The investigation by the stewards led to the conclusion that in fact there was a problem with the differential. Therefore the car was not in an unsafe condition when released from its pit stop position.

“However, during the hearing the driver admitted that after stopping on-track he was ready to abandon the car and started to loosen the safety belt, without unlocking it. After that he travelled back to the pits where the mechanics re-fastened the belts. It is not possible, to determine exactly to which degree the seatbelt had been loosened by the driver.”

Tsunoda was given a non-driving reprimand for the incident. As he already has four driving reprimands – three for impeding rivals and one for driving too slowly on an in-lap – he will receive a grid penalty for next weekend’s race at Monza.

Tsunoda would have collected his penalty much earlier under last year’s rules. The threshold of reprimands needed to trigger a penalty was increased from three to five this year.