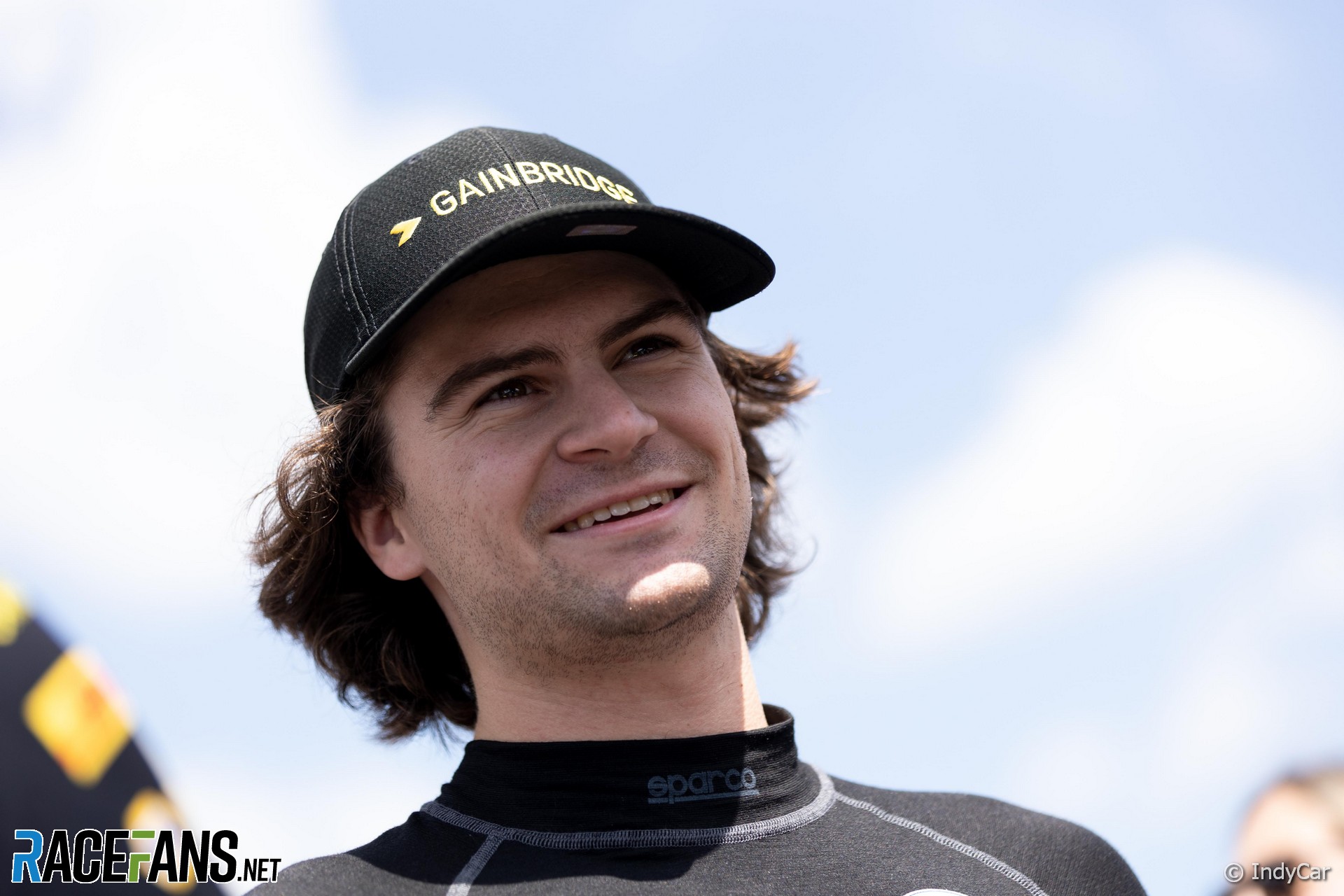 Red Bull team principal Christian Horner wants the FIA to make a swift decision on possible dispensations from its superlicence points system as it weighs its driver options for junior team AlphaTauri.

The possibility of granting an exception to Herta to allow him to compete in F1 had a mixed reception from F1 team bosses earlier this week. Horner wants the FIA to resolve the matter soon so the team can select who to place at AlphaTauri next year.

“That’s an FIA issue,” he said today. “We just need clarity as to what is the situation regarding driver points, which hopefully will come sooner rather than later because that plays a key role obviously in the driver merry-go-round.”

Horner indicated Red Bull would like to place Herta at AlphaTauri next year. Herta tested for McLaren at the Autodromo do Algarve earlier this year in last year’s MCL36 chassis.

“I think he’s an exciting talent,” said Horner. “He’s a young American guy that’s been a stand-out talent in the US. So it will be very interesting to see how he performs in Formula 1.

“Formula 1 obviously has got growing popularity in the US market at the moment and to have a successful US driver could be very interesting.

“It could be interesting for us in the longer term, we’ve got contracts with our existing drivers and AlphaTauri and Toro Rosso prior they’ve produced a great stable of drivers for us to draw upon, whether it be Sebastian [Vettel], Max [Verstappen] or Daniel [Ricciardo] over the years.”

Yuki Tsunoda’s future at AlphaTauri is yet to be confirmed, but Pierre Gasly is contracted to the team for 2023. However Horner suggested Gasly could be released to another team – rumoured to be Alpine – if Herta arrives.

“I think Pierre is doing a good job within AlphaTauri, so I don’t think there would be a desire to change if there wasn’t an interesting option available,” he said.