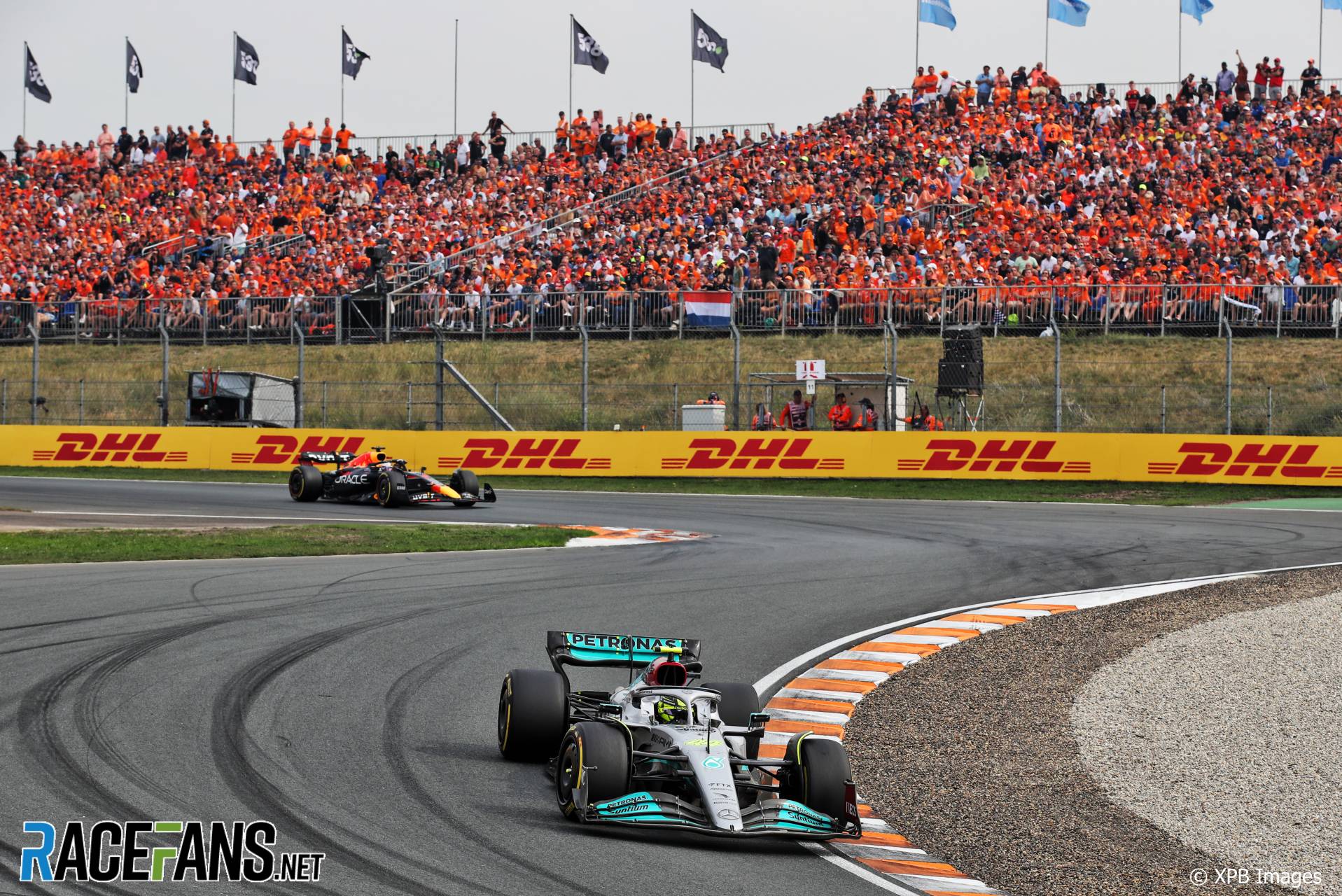 Mercedes’ strategy simulations indicated Lewis Hamilton had a chance to win the Dutch Grand Prix had it not been disrupted by a Virtual Safety Car period.

Hamilton was chasing Max Verstappen when the VSC was trigged. Verstappen had a further pit stop to make and was on course to fall behind Hamilton and the other Mercedes of George Russell when he did.

The VSC allowed him to lose less time making that pit stop and maintain his position ahead of Hamilton. Had the race run without interruption, and Verstappen fallen behind Hamilton when he pitted, Mercedes believe their driver had a chance to win it.

“The simulation says that Max would have come out eight seconds behind us with 20 laps to go. But obviously he would have probably pitted on the hard at that time and I think we would have had a fair shot at the win. The race planner said the win is on – tight, but on.”

Verstappen “would have caught us like six laps to the end”, said Wolff.

The circumstances which led to the VSC were unusual. Yuki Tsunoda came to a stop on track complaining a wheel had not been fully fitted during a pit stop. He then drove back to the pits where he received attention, only to return to the track and stop, triggering the VSC.

As Tsunoda is a Red Bull junior team driver, his involvement in the scenario which benefitted Verstappen prompted some speculation. “If we were to fight for a championship, that would be something that I would closely look at,” Wolff acknowledged.

“I think what needs to be investigated for the safety of drivers and everybody out there [is] the driver stopped, unbuckled, did a full lap [and] came in. The problem wasn’t solved, they put the seat belts back on and he drove out and stopped the car again.

“That probably has changed the outcome of the race that we maybe could have won. But this word ‘maybe’ or not, it’s anyway irrelevant for me. I’m not thinking about that anymore, it’s gone.”