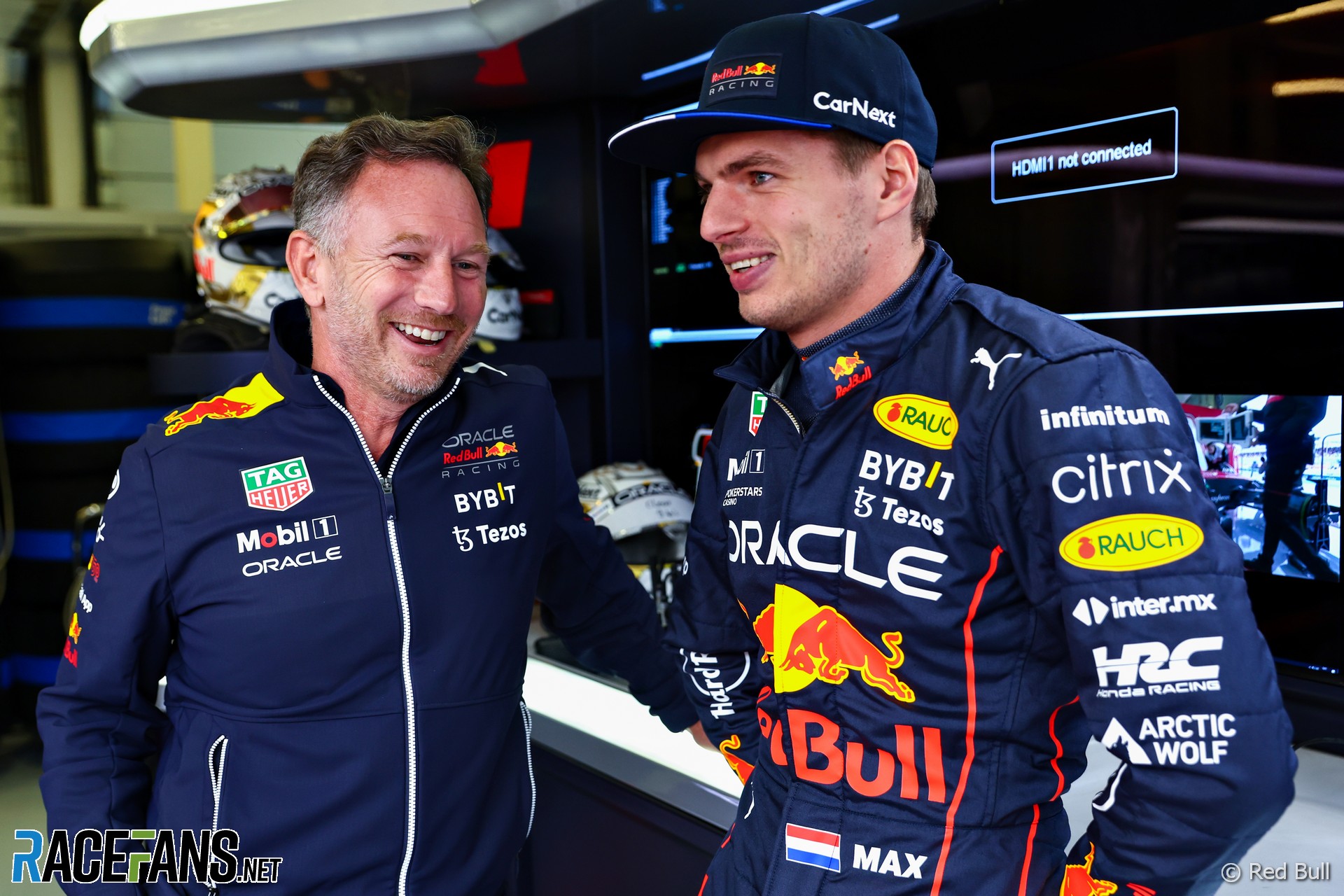 The reigning champion made a rapid ascent from 14th on the grid yesterday, taking the lead of the race before half-distance and winning with 17 seconds in hand over team mate Sergio Perez, who started on the front row.

His ninth win of the year leaves him 93 points clear of Perez at the top of the championship standings, giving him a strong chance of retaining the title he won last year. Horner said that achievement propelled Verstappen’s performances to new heights.

“I think that Max, since winning that championship last year, has taken another step,” he told media including RaceFans yesterday. “It’s, in many ways, released him and he’s driving at an incredible level.”

The team took maximum points last weekend as Verstappen led Perez in a one-two and set the fastest lap of the race. He established the quickest lap when he began his final stint on a new set of medium compound tyres with 12 laps to go.

His time stood despite Ferrari fitting a fresh set of tyres to Charles Leclerc’s car in a bid to beat it. He fell short after being overtaken by Fernando Alonso, who he was briefly held up by at the start of his final lap, before gaining a useful slipstream as he passed the Alpine.

“It demonstrated the pace that even with the DRS up the hill and a soft set of tyres and probably 30 kilos less fuel than Max had, that Max’s lap still stood as the fastest from his first lap on the final set,” said Horner.

Verstappen, 24, is in his eighth season of F1 and is contracted to Red Bull until at least 2028. Horner says F1 is “witnessing a driver that is completely at one with the car and he’s in an absolute purple patch of his career.”

“We saw that, I think we were 46 points behind when we left Australia and within a couple of races managed to turn that around. So our prerogative is on each race one at a time and the championship table will take care of themselves. So we just want to keep this momentum rolling forward.”