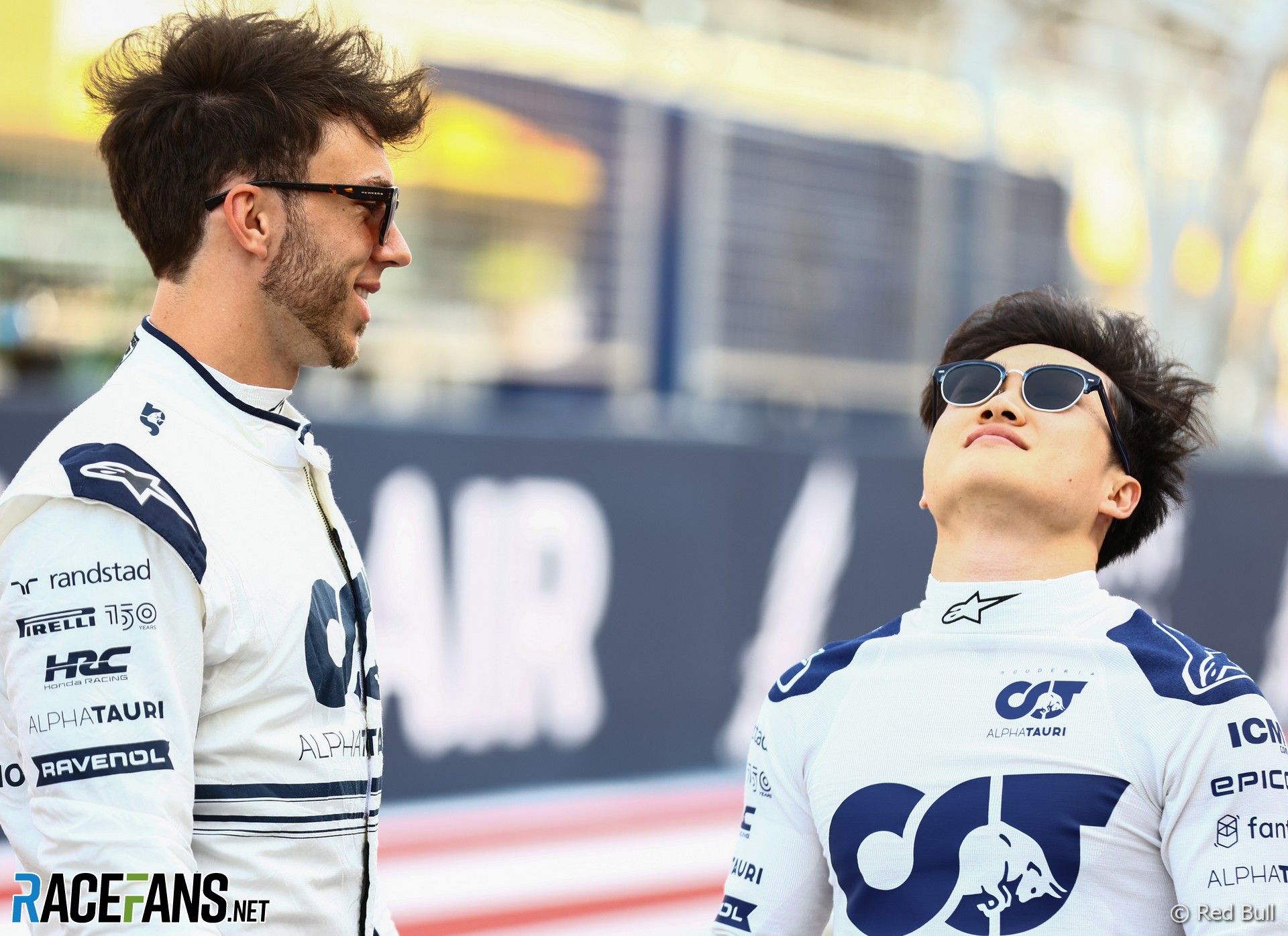 Last year, Yuki Tsunoda was the only rookie driver to be paired with a non-rookie team mate, and it showed.

This partnership was among the most one-sided on the grid in 2021, Pierre Gasly almost always out-qualifying Tsunoda and showing him the way home. To Tsunoda’s relief, he put one over his team mate at the final race, and went into the off-season on a high.

He has fared better on his return, cutting his deficit to Gasly in every area. But there may be more to this than meets the eye.

Unfortunately for both drivers, their car has proved significantly less competitive than its predecessor. Worse, the update the team introduced in France doesn’t seem to have brought the leap forward they hoped for, or has been cancelled out by the gains made by their rivals.

As a result the pair head into the summer break having collected just three points-scoring finishes each. There might have been another, at Silverstone, but a poorly-judged move by Tsunoda on his team mate ruined both drivers’ races.

The current state of affairs doesn’t really suit either driver. If Tsunoda is to win the faith of Red Bull, and avoid his seat being nabbed by one of their swathes of junior drivers, he needs to out-perform Gasly.

Meanwhile Gasly has already had a shot at Red Bull and a return before 2025 isn’t going to happen. In order to impress another top team he needs to decisively put Tsunoda in his shadow.

Incidents like Silverstone will make it harder to do that. And it’s not the only misfortune Gasly has encountered this year. In Monaco he indirectly suffered at his team mate’s hand, missing his chance to progress to Q1 after Tsunoda triggered a red flag, and starting near the back having run well inside the top 10 before qualifying. He should have been in Q3 in Austria but the stewards messed up a track limits call on Sergio Perez.

On other occasions Gasly has mounted impressive recoveries from poor starting positions but not been rewarded with points scores. He took 12th after Imola after being hit by Zhou Guanyu in the sprint race, 11th in Monaco after his qualifying misfortune was especially impressive, and 12th in Hungary after falling foul of a debatable track limits call in qualifying.

If Gasly gets a change in fortune in the second half of 2022, Tsunoda may no longer measure up quite so well against him.

36 comments on “Has Tsunoda raised his game or just benefitted from Gasly’s misfortunes?”