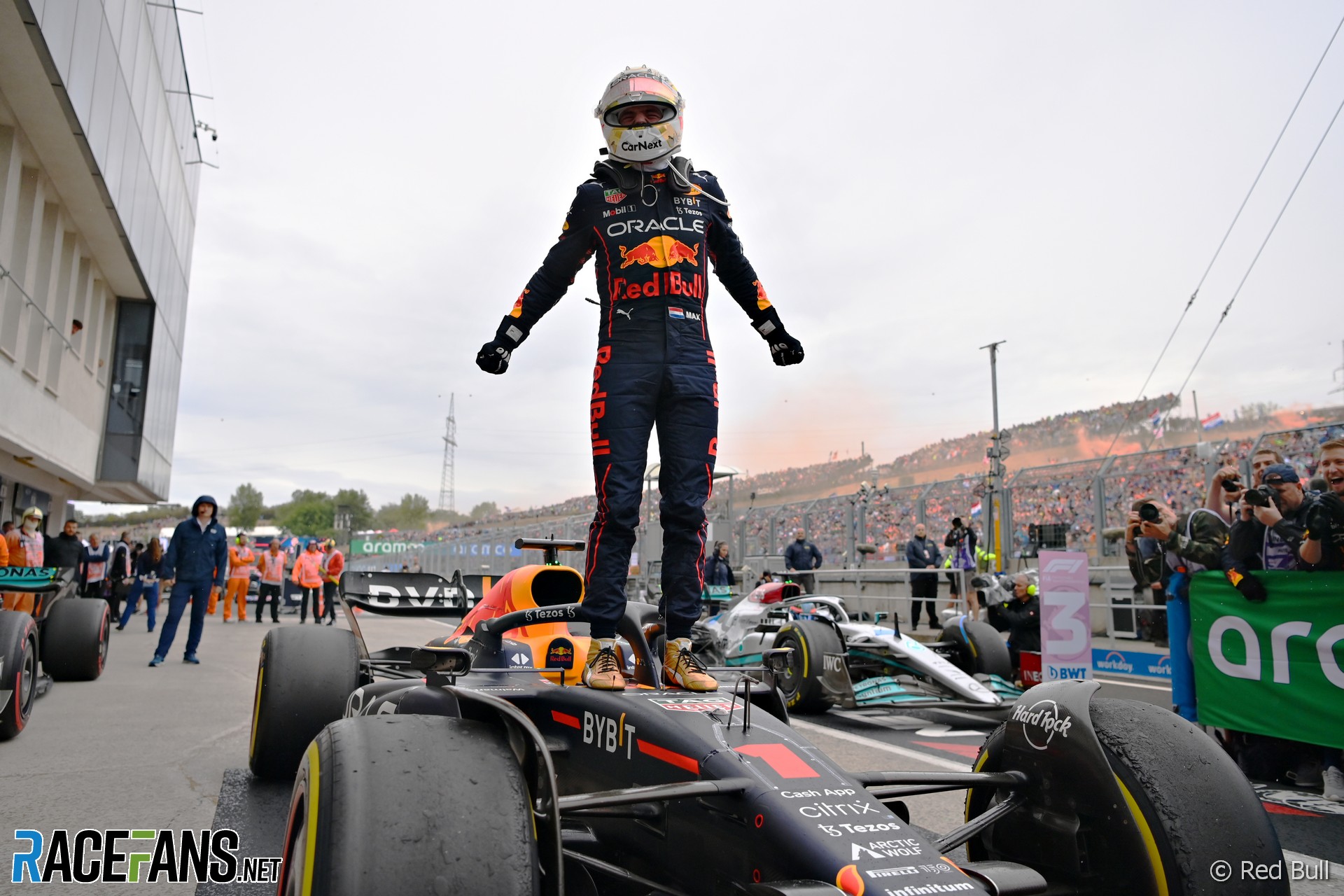 Max Verstappen claimed the 28th victory of his Formula 1 career on Sunday, making him the eighth most successful driver ever in terms of total wins.

He won from 10th on the grid, which is the lowest starting position he has taken victory from in F1. Very few race wins in the series have come from double-digit starting positions. Verstappen’s was only the 38th out of 1,070 races held so far – a hit rate of just 3.5%.

That being so, it is surprising that this is the third year in a row a driver has won a race from 10th on the grid. Lewis Hamilton did it at Interlagos last year and Pierre Gasly did the same at Monza in 2020.

It’s also somewhat surprising that this isn’t the lowest starting position to produce a winner at the Hungaroring, where passing is reputedly difficult, though perhaps in the DRS era that is a dated view. Nonetheless, Nigel Mansell won from 12th in 1989 and Jenson Button did from 14th in 2006.

Verstappen delivered Red Bull’s first win at the track since Daniel Ricciardo’s triumph eight years ago. It is only the third in the team’s history, the other coming in 2010 courtesy of Mark Webber.

This was Verstappen’s eighth win of the season. With nine races left to go, at his current rate he has a chance to beat the record for most wins in a season, which is 13. This was achieved by Michael Schumacher in 2004, when there were 18 races (four less than this year), and Vettel in 2013, when there were 19.

George Russell became F1’s latest new pole-winner on Saturday. Unusually, he didn’t set the quickest individual time in any of the three sectors on the lap which put him on pole position in Q3.

He is the 105th different driver in the history of the championship to take pole. He is also the third different first-time pole-winner this year, joining Sergio Perez (in Jeddah) and Carlos Sainz Jnr (Silverstone).

This is the first time three different drivers have taken their first pole positions in a season since 2008, when Sebastian Vettel, Heikki Kovalainen and Robert Kubica all did so. Out of that trio, Vettel was the only one to take any further poles.

Behind Verstappen, Hamilton scored his fifth consecutive podium finish, as Mercedes continue to put the dark days of early 2022 behind them. They’ve out-scored Ferrari for the last two races in a row, and are now just 30 points behind the team which still led the constructors championship after the Miami Grand Prix.

Hamilton also set the fastest lap of the race, which is the 61st of his career, and second of 2022. He may not have added to his pile of 103 victories so far this year, but he is edging towards Schumacher’s all-time record of 77 fastest laps.

Have you spotted any other interesting stats and facts from the Hungarian Grand Prix? Share them in the comments.