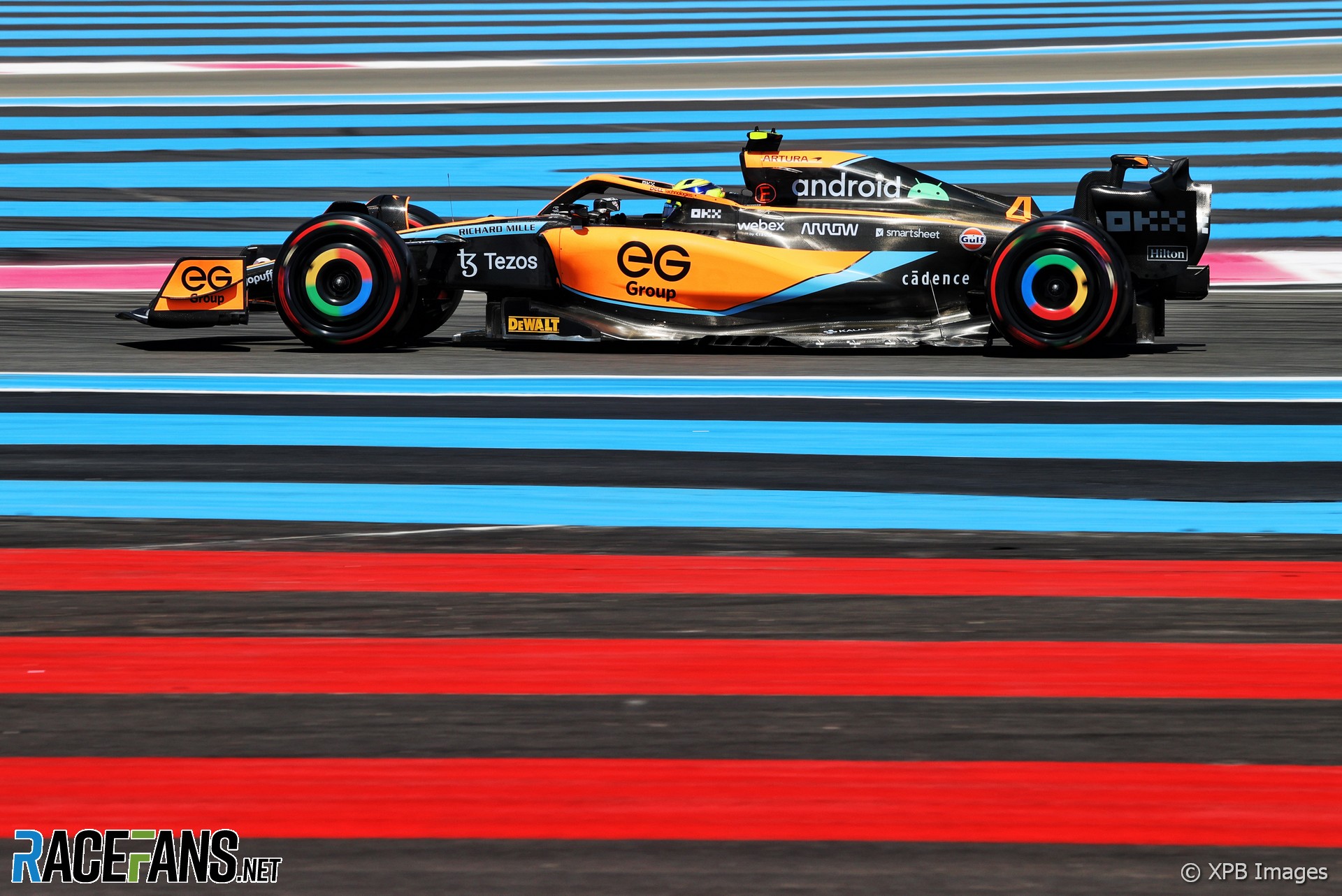 The FIA must not back down in its efforts to reduce ‘porpoising’ by cars in 2023 following opposition from some Formula 1 teams, says McLaren’s Andreas Seidl.

The sport’s governing body announced last week it will revise aspects of next year’s technical regulations in order to lessen the harshness of the ride some drivers have experienced this year. It will follow the introduction of a new technical directive from the Belgian Grand Prix clarifying an area of the floor regulations and setting a limit on the allowed vertical movement of the cars.

The FIA’s plans were criticised by some teams, who claimed the changes are no longer needed as the amount of porpoising or bouncing has lessened in recent races. However the FIA believes it may recur at other tracks later in the year and is likely to increase next season when teams produce new car designs which generate more downforce.

Following complaints from some drivers over the painful bouncing they have experienced, the FIA is introducing its changes on safety grounds. While this is being disputed by some teams, McLaren team principal Andreas Seidl supports the FIA’s stance.

“We are happy with the decisions from the FIA side or the leadership from the FIA’s side regarding that topic,” he told media including RaceFans at Paul Ricard.

“When all this started regarding the TD, the FIA made it clear that it is based on safety. That’s why I think it’s also very important now to follow through and not give way in any direction. So we’re very happy with that.”

Seidl said the team had not been lobbied by its rivals to oppose the rules change. “We are an independent team and we make up our own minds and fight for what we think is correct,” he said.

“We are supportive of the lead here from the FIA. It is still an ongoing discussion, which is also normal. But in the end, I guess we will have clarity soon and then just focus on that, go ahead.”

Mercedes team principal Toto Wolff said he believes the restrictions on floor skid blocks should have come in immediately instead of being postponed to the Belgian Grand Prix.

“I think this TD should have been brought into place once it was discovered three races ago,” he told Sky. “So the argument of ‘is it fair to throw it into the middle of the season’, this is the wrong one.

“It should have been introduced when it was discovered because it’s clearly much more than a loophole.”