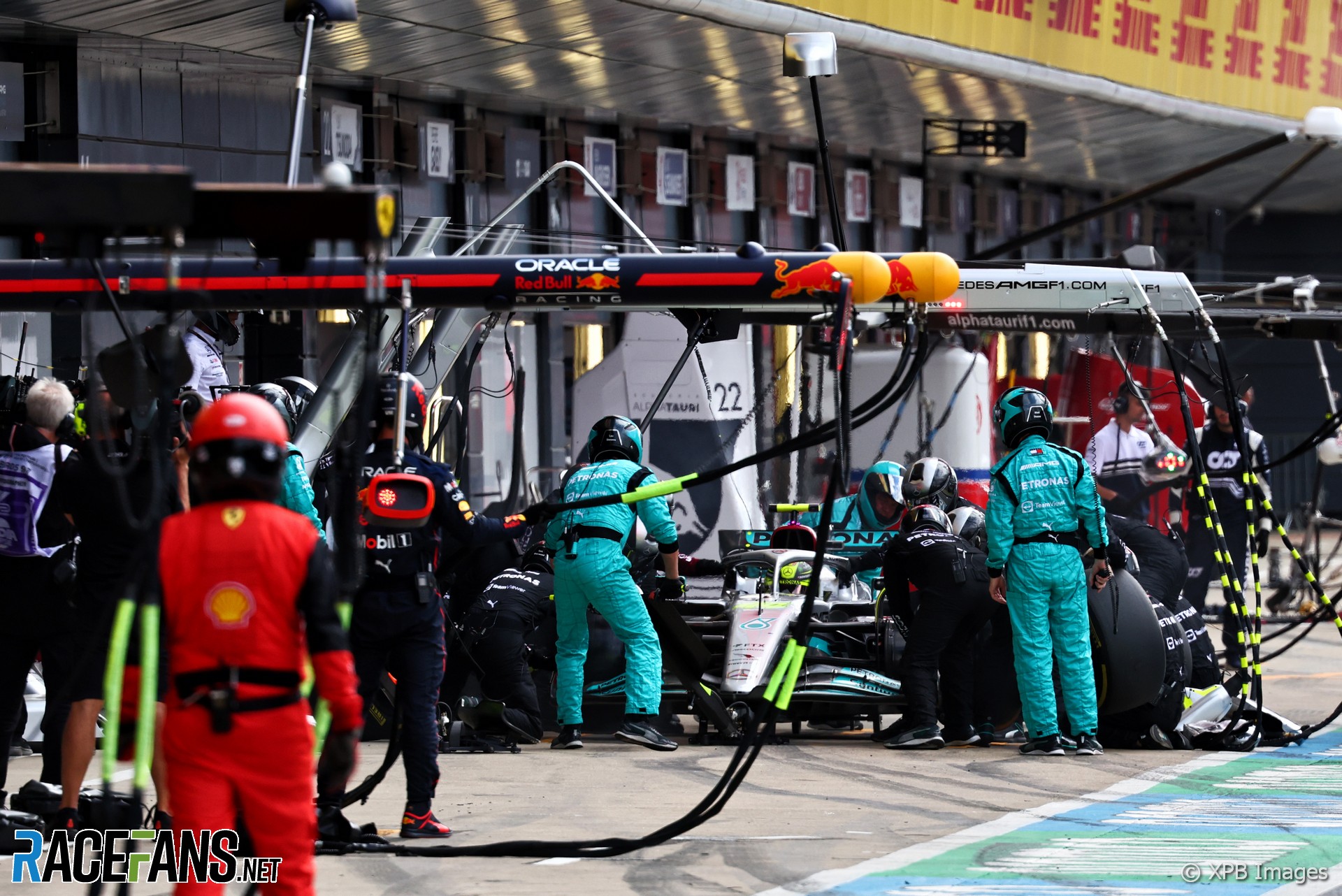 Red Bull team principal Christian Horner was puzzled by some of the strategic calls made by rivals Ferrari and Mercedes during the British Grand Prix.

Ferrari’s decision not to pit race leader Charles Leclerc during the Safety Car period at the end of the race, when his team mate Carlos Sainz Jnr was brought in from second place, prompted much discussion. After the restart Leclerc was passed by Sainz, who went on to win, while Ferrari’s leading driver in the championship sunk to fourth place.

“The call I understood least was not to pit both their cars or certainly Charles for the soft tyre,” Horner told media including RaceFans at Silverstone.

Sainz passed Leclerc immediately after the restart. Sergio Perez and Lewis Hamilton also pitted for fresh tyres and passed the Ferrari within a few laps.

“With the tyre advantage that Carlos had at that point, he’s got 13-lap-old hards versus a brand new set of softs,” said Horner. “The delta is enormous.

“So I actually thought he did very well, Charles, to hold off Checo and Lewis as long as he did.”

However Horner admitted Ferrari faced a difficult decision over whether to pit Leclerc as doing so would have offered his rivals the chance to stay out and pass him. “It’s the hardest thing in the world to pit from the lead,” Horner acknowledged.

Horner also believes Mercedes missed an opportunity to put Hamilton on a more aggressive strategy. He said they could have capitalised on Hamilton running a longer opening stint than the Ferrari drivers by switching him to soft tyres instead of hards when he made his final pit stop.

“I was surprised that Lewis, with that amount of laps to go with the degradation that he’s shown here, didn’t take the soft,” Horner explained. “He went onto the hard tyre on lap 33. I actually thought he was going to go onto the soft because that would have made it much easier for him to make with the offset in grip.

“So it felt like they’d maybe been let off the hook there.”