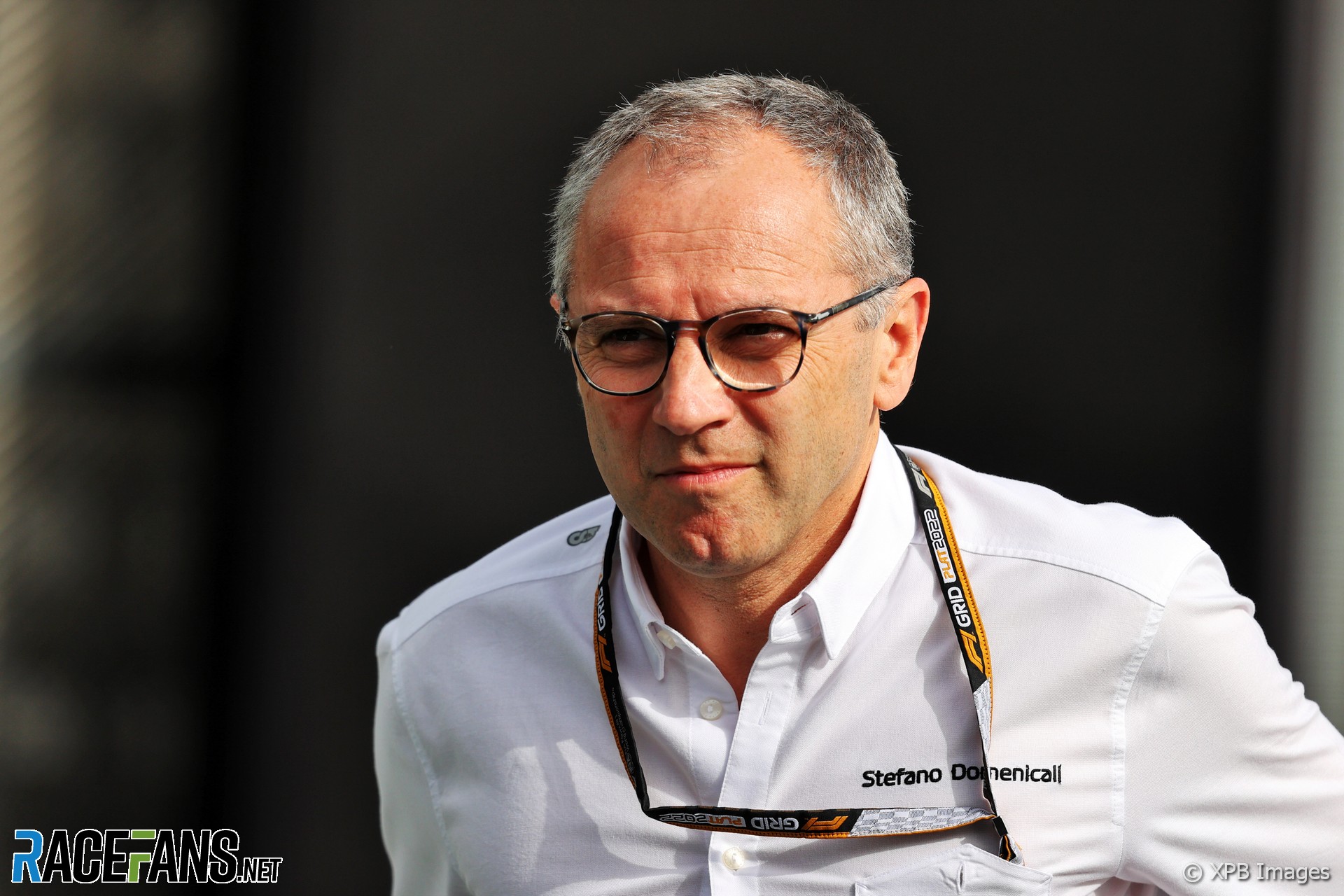 Formula 1 CEO Stefano Domenicali says the sport will consider any further response to the missile strike which put the Saudi Arabian Grand Prix in doubt “in the right way.”

The series faced calls to leave the country after an attack took place on an oil plant 10 kilometres from the track while first practice was taking place.

F1 drivers who expressed doubts about remaining in the country were persuaded to continue with the event in a late-running meeting on Friday night. Domenicali said in an interview on Saturday the drivers’ concerns were handled “properly”.

“When you have to manage such a situation I think that you need to divide the emotion with the rational aspect of it and try to manage all the information that you have to try to make the right assessment and to involve the right stakeholders, the right people in that decision,” he said.

Domenicali insisted the sport had put the safety of all involved before any other considerations.

“There’s been a lot of discussion, a lot of debate, but safety, security for all the people of our world is at the maximum level of attention to all of us. And there’s no discussion about it. It’s just the first priority.

“Of course, when you talk with the right authority, they have the responsibility for that in terms of the Ministry of Defence, the internal security. When we have received all the [as]surance that everything was under control the properly managed – and we need to rely on them because they have the responsibility for that – we inform the teams and the drivers and we move on.”

Asked whether F1 should not race in countries which are involved in armed conflicts, Domenicali said: “It’s a matter of definition.

Yesterday Valtteri Bottas said F1 bosses told drivers they will “reconsider all the events for the future, including this one, to make sure that we go to the right places.” Domenicali indicated that will go ahead after the race weekend.

“I’m pretty sure that, as I said, something related to the situation would be considered, but in the right way,” he said. “We don’t have to be emotional.

“I say that because I was the first, when I saw that smoke just over there, that reminds me a lot of things that we see now on TV. It’s pretty clear that that was the connection.

“But as I said, rationality over everything. It has been for sure, an intense day, sharing with openness these things I think is the right way to do with modern Formula 1.”

“I love going to Tel Aviv but if you’re in Tel Aviv, you’re pretty used to situations where drones are being flown over and it goes both directions,” he said. “There wasn’t any attack into Saudi Arabia that caused any civilian casualties, as far as I can remember, as far as I’ve been told, for a long time.

“So that’s why we just need to understand that this is culturally very different to how we see our western cultures. For us, is it acceptable to race there is a drone rocket that’s going in a petrol tank? Certainly not. But for here, within their culture, these things happen here.”

He defended F1’s justification for racing in Saudi Arabia, which his driver Lewis Hamilton has criticised for its poor human rights record, saying it was better to engage with the country and bring attention to it than cut them off.

“I don’t want to say ‘well, I’m not racing’ because I’m generally someone that wants to give people the chance to better themselves,” said Wolff.

“Does Saudi Arabia and some of the other Middle Eastern countries share the same values, the same culture as we do in Europe? They don’t. Are they where we want them to be? No. Can we, by coming here, put the spotlight into this place by racing here Formula 1, by making those things visible and therefore making it a better place? I still think so.

“I’d rather come here and make the spotlight shine on the region so it needs to be in a better place rather than say ‘I’m not going there, I don’t want to hear anything of it’.”