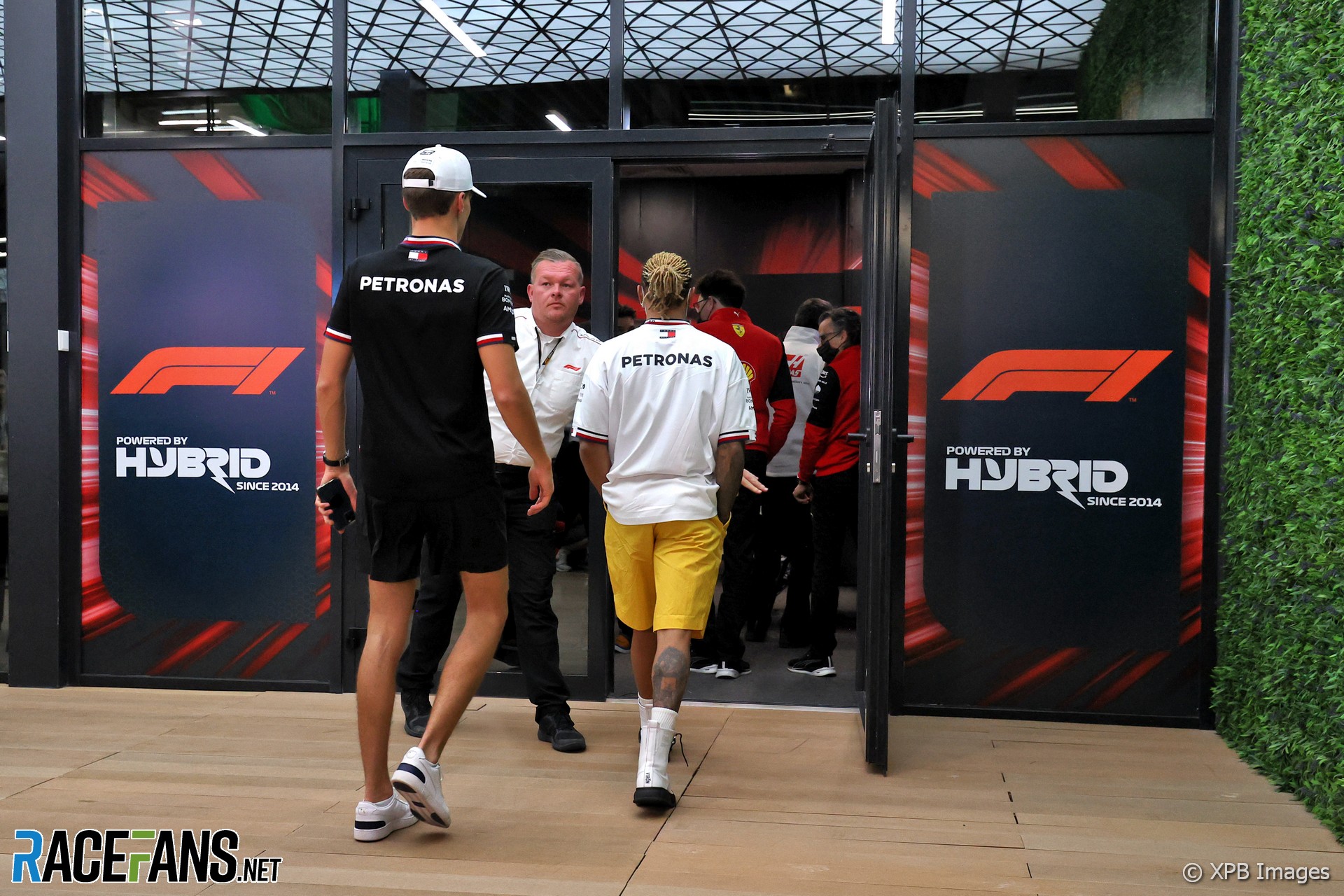 The Saudi Arabian Grand Prix is expected to go ahead following the conclusion of a lengthy meeting between drivers over a missile attack which occurred near the track on Friday.

The race weekend was thrown into doubt after a missile strike on an oil plant 10 kilometres away from the Jeddah Corniche Circuit while the first practice session was taking place.

Ahead of the second practice session Formula 1 CEO Stefano Domenicali and FIA president Mohammed Ben Sulayem met with teams and drivers to reassure them about the security arrangement at the track and inform them the event would go ahead.

This was reiterated following a second meeting later in the day. Domenicali and Ben Sulayem emerged to tell media they had “assurances from the highest level that this is a secure place” and that “nothing is going to happen.”

Domenicali added that the team principals had been unanimous in their support for the race going ahead. But it soon became clear several of the drivers did not share their confidence.

Having gathered for their usual Friday briefing, the drivers remained for an extended discussion. As it became clear, several had serious misgivings about racing and team principals, who had left the circuit, gradually returned to resume discussions.

The meeting finally broke up around 2:30am local time. While few were prepared to comment on the content of discussion, several team principals remarked that “we’re racing” as they left the paddock, some doing so for a second time.

Pierre Gasly told French broadcaster Canal+ an agreement had been reached by the drivers but would not discuss it.

“It was important to discuss the situation between all of us, but I won’t say more for the moment,” he said. “I think it’s important for everyone to give their opinion a bit and we’re all aligned. We are all aligned with our intentions.”

Sergio Perez posted on social media he is “ready and totally focused for tomorrow’s qualy.”