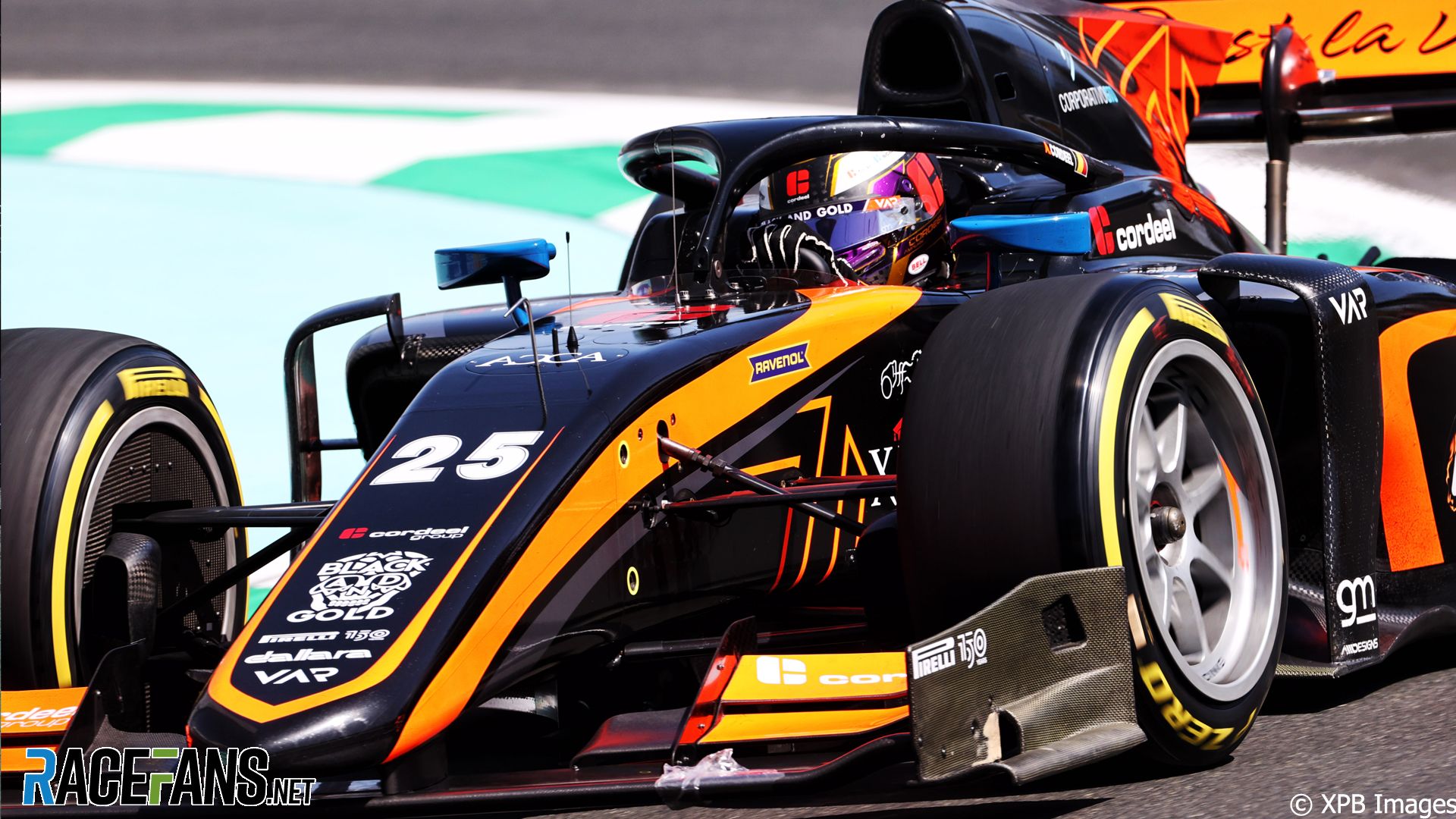 After five red flags in just 75 minutes of running, Formula 2 drivers say stoppages are inevitable at the Jeddah Corniche Circuit.

The red flags flew twice during the 45-minute free practice session, after Cem Bolukbasi and Theo Pourchaire crashed heavily. The session was abandoned with 8 minutes remaining.

The 30-minute qualifying session was stopped three times. Pourchaire was in trouble again, his car catching fire. Then Logan Sargeant crashed and finally a third red flag was shown in error following a GPS failure on Frederik Vesti’s car.

The interruptions posed an added challenge for teams as Formula 2 has changed its regulations on refuelling this year. Teams are no longer allowed to refuel their cars during sessions, meaning some drivers began to run low after too many aborted attempts.

Teams needed to weigh that risk as part of their strategies, said Richard Verschoor. “Of course you want to have the best performance but on tracks like these you have to also take into consideration that red flags might happen. So you need to take a bit more fuel and that makes it a bit more difficult.”

Jack Doohan ended the session with too little fuel to give a sample, and was therefore sent to the back of the grid.

“We give margin for red flags,” he said, “but unfortunately, we don’t usually give margin for three red flags. So basically it’s the nature of the circuit. Same for everyone. So we just have to crack on with it.”

Pole-winner Felipe Drugovich said he tried to put concerns he might lost his flying lap to another red flag from his mind.

“After sector one I refused to look at a dash and see if I was going a lot quicker or not,” he said. “So I just pushed the whole lap, even though there was quite a lot of pressure on me, even myself putting some pressure on me because I was P15 or so, so I knew I had to get something out of that lap.

“It was good that I didn’t have traffic and there was a good side of doing that strategy and waiting to the end. But in another way, you feel very pressured that you had to deliver otherwise you’re outside of the top 10. But anyway, I’m really happy with what I did and also what the team did.”

He called the lap “quite difficult mentally” and said that he had spent it “hoping that you’re not going to get a fourth red flag [on] a good lap.

“So it’s quite difficult. But at the end you try to forget, in the best way possible, that there are red flags and and just go for it.”