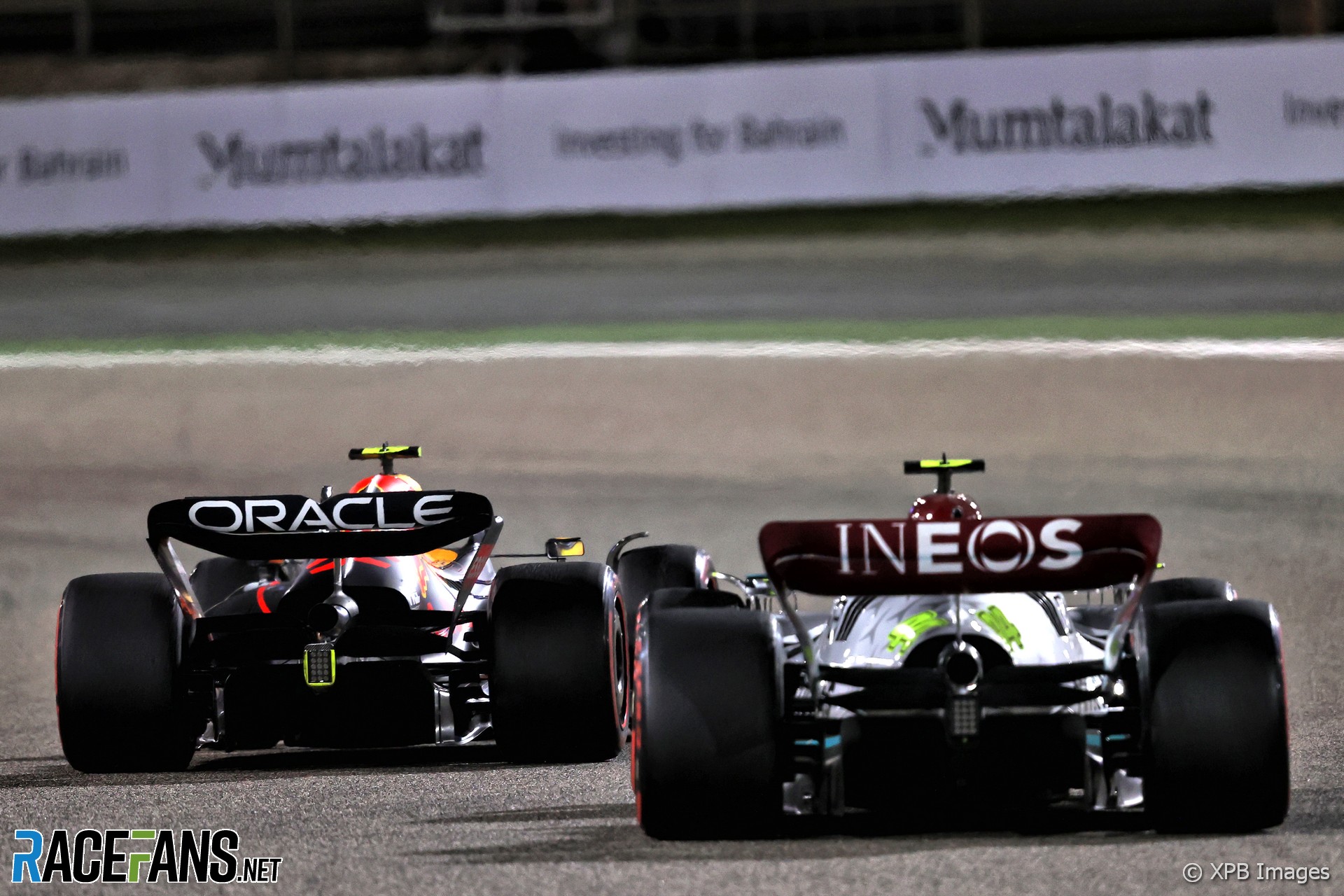 Mercedes believes its straight-line speed deficit to Ferrari and Red Bull in Bahrain was due to differences in drag levels between their cars.

While the team’s cars finished third and fourth in Bahrain, aided by the late retirements of both Red Bulls, the Mercedes engine customers suffered a tough start to the season. The six cars of Aston Martin, McLaren and Williams were the last to cross the line in the grand prix.

That prompted speculation the performance of Mercedes’ engine has fallen behind F1’s manufacturers. Lewis Hamilton admitted after the race he had concerns about their rivals’ top speed advantage after finishing behind the Ferrari drivers on Sunday.

“We’ve learned a lot from this week,” he said. “Their straight-line speed, as well as the Bulls were very quick in a straight line, and their performance through corners is quite a bit different to us.”

However team principal Toto Wolff indicated the difference in straight-line speed could be down to the configuration of their car. Mercedes have encountered difficulties with porpoising which have forced them to make set-up compromises.

“We need to analyse the drag levels first before we really make a judgement of whether we we’re lacking power,” said Wolff. “I don’t think that there’s big differences between the power units.

“But clearly Ferrari made a big step forward because last year they weren’t totally competitive. If you look again at the singular event in Bahrain and it’s like they’ve out-performed everyone else.”

Wolff jokingly suggested extreme measures will be needed for this weekend’s race at Jeddah Corniche Circuit, the quickest track on the calendar.

“It’s easy to shed drag off a car because you simply take a chainsaw and cut the rear wing to bits,” he said. “So that’s what we will be doing for Jeddah.”