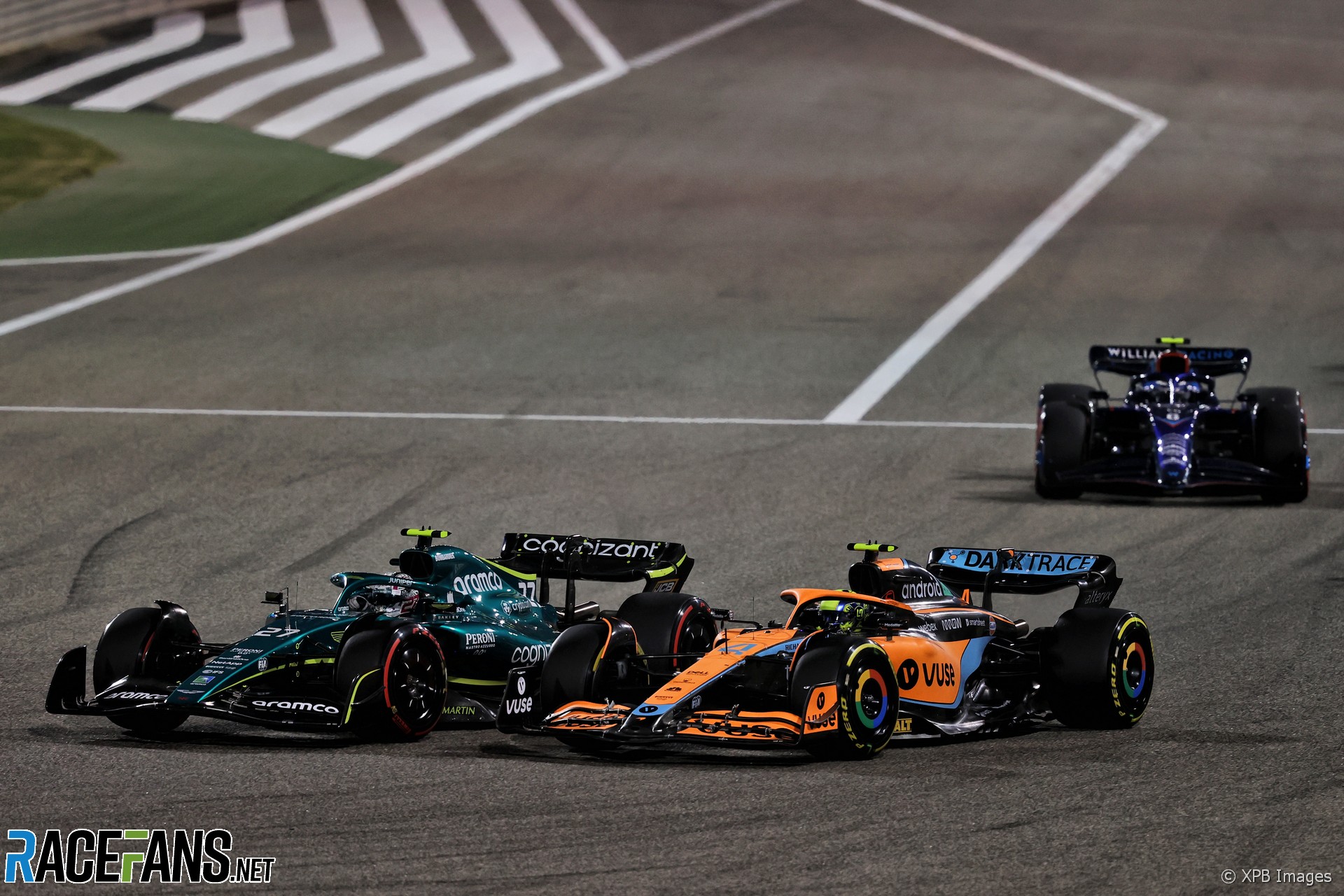 Did the first race of the 2022 Formula 1 season prove the drastic changes to the technical rules had succeeded in making it easier for drivers to overtake?

The response from the competitors was mixed. McLaren driver Lando Norris was among those who expressed disappointment at how hard it had been to pass other cars.

Norris found that once he drew close to another car, the loss of grip meant his tyres overheated and he was no longer able to attack.

“When you get close you still just light up the rears, as easy as you need to, and you lose the front. The tyres get hot, you just go off a cliff again.” He said the changes had made racing only “a little bit better.”

“You see how much of a train everyone was in at the beginning, there’s a bit more fighting then normal. But you still lose a lot of downforce. I would say maybe not as much as what everyone was hoping.”

However Kevin Magnussen was effusive in his praise for the shake-up of the technical rules. “Following the other cars is so much better,” he told Channel 4. “It’s going to be a lot better racing.

“There’s going to be tracks that we didn’t see any racing on in the past that now we can actually race on, I’m sure.”

But while the new rules have cut the negative effect of the turbulence from cars, Magnussen said they have also reduced the benefit.

“When you slipstream someone, you catch them a little slower because the slipstream effect is less,” he said. “The DRS effect is bigger, actually, so on your own you have a bigger effect.

“It’s not so much easier to overtake but you’re just closer all of the time. You can stay there, your tyres don’t go off. So it’s a good change.”

Magnussen and Norris clearly had different experiences in the race. Magnussen was in high spirits after a strong fifth place, while Norris finished 10 places further behind. How their tyres behaved in traffic probably says a lot about how the well-sorted Haas treated its rubber compared to the McLaren.

Still other drivers saw the first trial of the new rules differently again. While Magnussen felt he gained more from DRS, Esteban Ocon said “DRS is actually less powerful than it was.” This is likely to be related to different set-ups on the cars, and how much drag each shed when they opened their rear wings.

Ocon concurred with Magnussen on other points, however. “Towing in general is less powerful than it was,” he said.

“It still does affect you a little bit but it has reduced the towing effect quite a lot, and the DRS was still powerful, but I didn’t feel as big as the previous years.”

Another complicating factor was the role of tyre degradation, which is always very high in Bahrain. This meant cars with much fresher tyres had a significant performance advantage over others, and were able to pass them easily at times.

“I think what makes it very easy to pass and the moves you saw is probably the tyre difference here,” said Ocon. “When somebody is up to nine, 10 laps tyre difference and somebody pits with fresh tyres, there is no competition, it’s another category.”

His team mate, with over two decades of F1 experience, saw things the same way. “Following was definitely easier,” said Fernando Alonso. “We spotted already in the test that it was easier to follow cars.

“But overtaking is still not as easy as it seems on TV. I think all the overtaking that we saw today was because one car had two seconds’ more pace and newer tyres than others.

As F1 motorsport director Ross Brawn said after the race, Bahrain was just the first of many data points which will reveal whether the new rules have worked. Next on the calendar is Jeddah Corniche Circuit, a track which was designed with the new generation of cars in mind. It will be followed by Australia’s Albert Park, which has been recently overhauled again with a view to improving overtaking.

“We need to see more examples,” Alonso concludes. “I know that it is tempting to write conclusions after one race… but I think we need to be calm.”