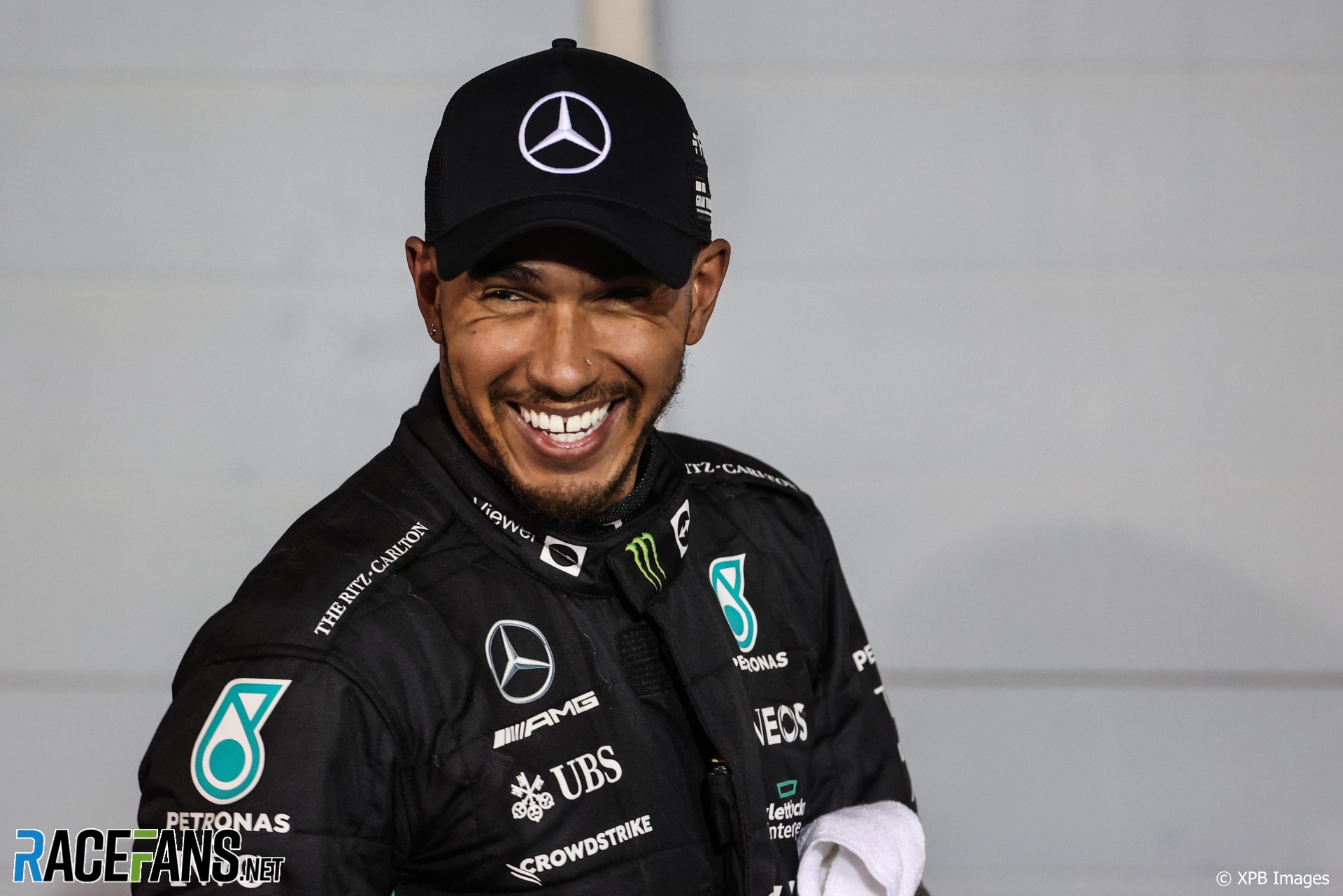 Lewis Hamilton says his unexpected podium finish in the Bahrain Grand Prix was down to Mercedes’ hard work, after the Red Bull drivers ahead of him retired with technical problems.

He was running fifth in the closing stages of yesterday’s race when Max Verstappen and Sergio Perez were struck down by power unit faults. Hamilton said the points gained could prove vital to the outcome of the world championship.

“Every point can make a difference,” he said. “I’ve lost world titles by just one point.”

He said Mercedes’ superior reliability is the product of the team’s efforts during the off-season and allowed them to limit the damage at a time when they are not on the pace of the front-runners.

“Of course we were fortunate but ultimately we’ve done a better job, we have better reliability. So I wouldn’t say that’s luck, I think this is the hard work of everyone.”

He sees a long battle ahead to reduce the performance gap to the team’s rivals while remaining competitive in the world championship.

“It is such a long season. It’s going to be such a hard battle but we love a challenge. I really do enjoy a challenge.

“And it is a privilege for all of us to be able to work with large team of people who are hungry, who are focused on a common goal. There’s no greater feeling when you all come together and you get a result like this.”

Mercedes aren’t likely to be able to fight Red Bull on outright pace in the near future, Hamilton added.

“With the performance they have, they look strong. To be able to come back strong in the next races, I think for us, we’ll just keep our head down.

“We’ve got a lot of work to do, we’re not currently fighting them necessarily on-track. So that’s what we’ll focus on.”

The unexpected podium finish will be “incredibly motivating for the whole team,” said Hamilton. “Given that we have been faced with these challenges which we were not expecting, but no one’s been down during this phase where we’ve been struggling through practice. Everyone’s stayed positive, everyone’s just kept their head down and kept working. No one’s moaned.

“That’s great to see. And so whilst we don’t have the performance of these other guys, I think, in terms of our processes, in terms of squeezing absolutely everything out of the car, I think that’s what we did today and for both drivers, and I think that’s a true showing of strength within.”

65 comments on “Unexpected podium down to team’s hard work, not luck – Hamilton”