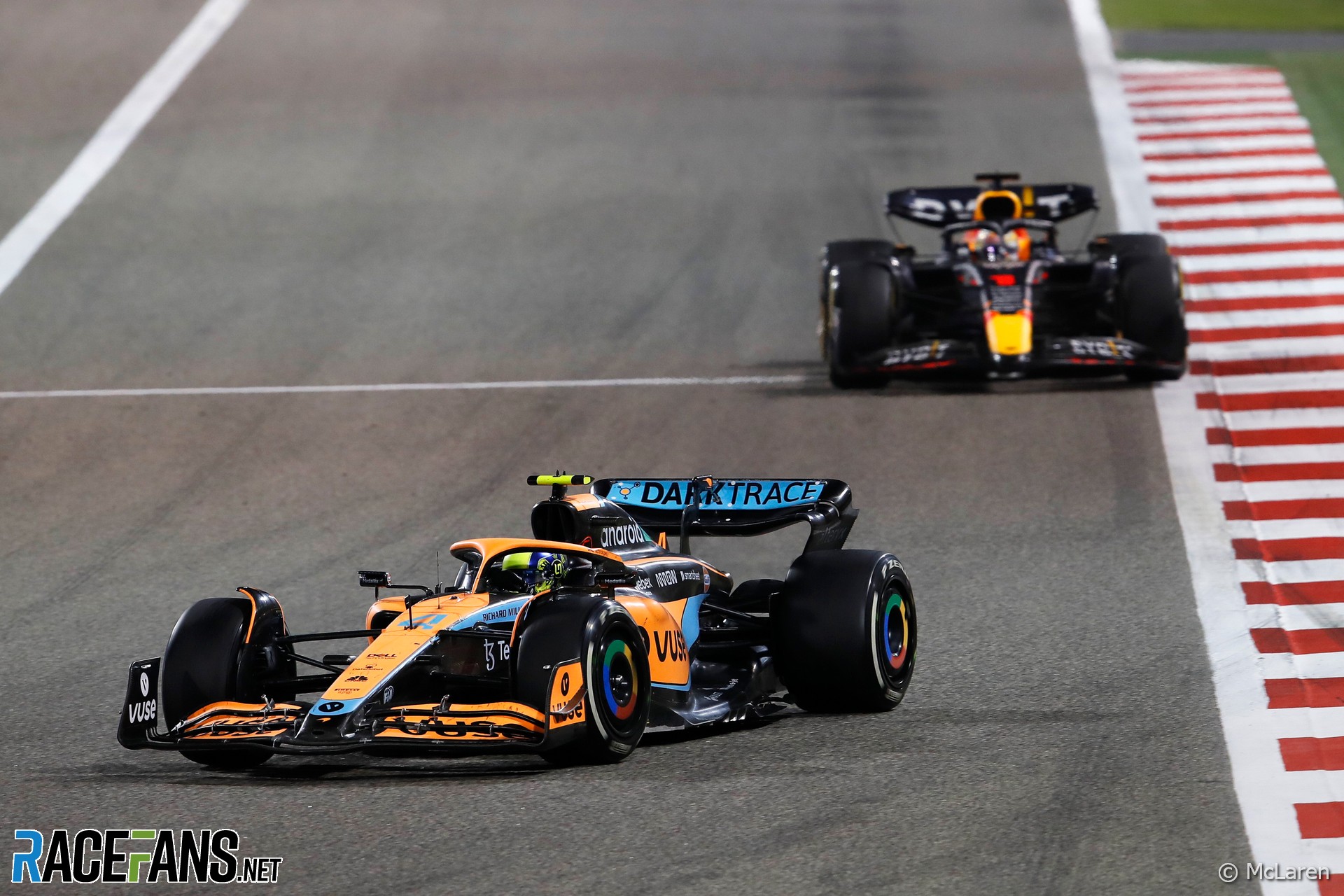 The team’s preparations were disrupted by braking problems in the second pre-season test which limited how much running they were able to do. Norris, who followed team mate Daniel Ricciardo home yesterday, said the opportunity to cover a significant number of laps was the only up-side for the pair in Bahrain.

“It was our first race and first time we’ve got to do long running and for myself and also for Daniel, we’re both in quite a new position there,” he said in response to a question from RaceFans.

“Of course I did a bit more like single-lap pace and short running but I personally felt like I learnt a lot with how the tyres behave and how they deg[rade] off and and how you’ve got to treat them. So I think we both learnt a lot and a lot of new experiences for both of us.”

McLaren needs to be satisfied with running its races to the best of its ability while it solves the problems with its MCL36, said Norris.

“Hopefully just figuring out those things and being on top of every area, we can be on top of: strategy, pit stops, we need to try and make sure we’re at the top of our game in the rest of it. I guess that’s got to be our motivation for now – doing the best job we know we can and if we’ve done that, then we have to be happy.

“It’s hard when we just don’t have the car to do so. But our job here and all of the guys’ jobs here is just to optimise everything and to deliver. The rest of it is do you have a good enough car to do so. There’s no point in being sad.”

However Norris fears there could be worse to come for McLaren over the next races. “I still believe some tracks will be better for us,” he said. “I’m hoping this is as bad as it gets. It might not be, but it could be.”

The team are giving away “a lot of time” to their rivals, he admitted. “We’ve still got a whole season of development and figuring things out, but this is not easy to do.

“I think once we figure out what’s going on and what’s wrong then it’s all about implementing it and bringing upgrades and bringing those parts to the car. So I think figuring out, putting things in the wind tunnel, all of that kind of stuff.

“But it could come a third of the way through the season, halfway through the season, three-quarters. I don’t want to believe it’s not going to be at all this season but I have faith in the team that they will be able to do it. They’ve done it over the last few years, they made big steps forward. So we just need to step back and re-look at everything and go again.”

McLaren’s start to the season was in sharp contrast to Ferrari, who the team fought for third in the championship last year, and opened their account with a one-two.

“You see Ferrari going from where they were to winning and having a one-two so fair play to them and congrats,” said Norris. “But I’m still driving Formula 1 car around Bahrain and there’s a lot worse things going on in the world right now. So I can’t complain about that.”