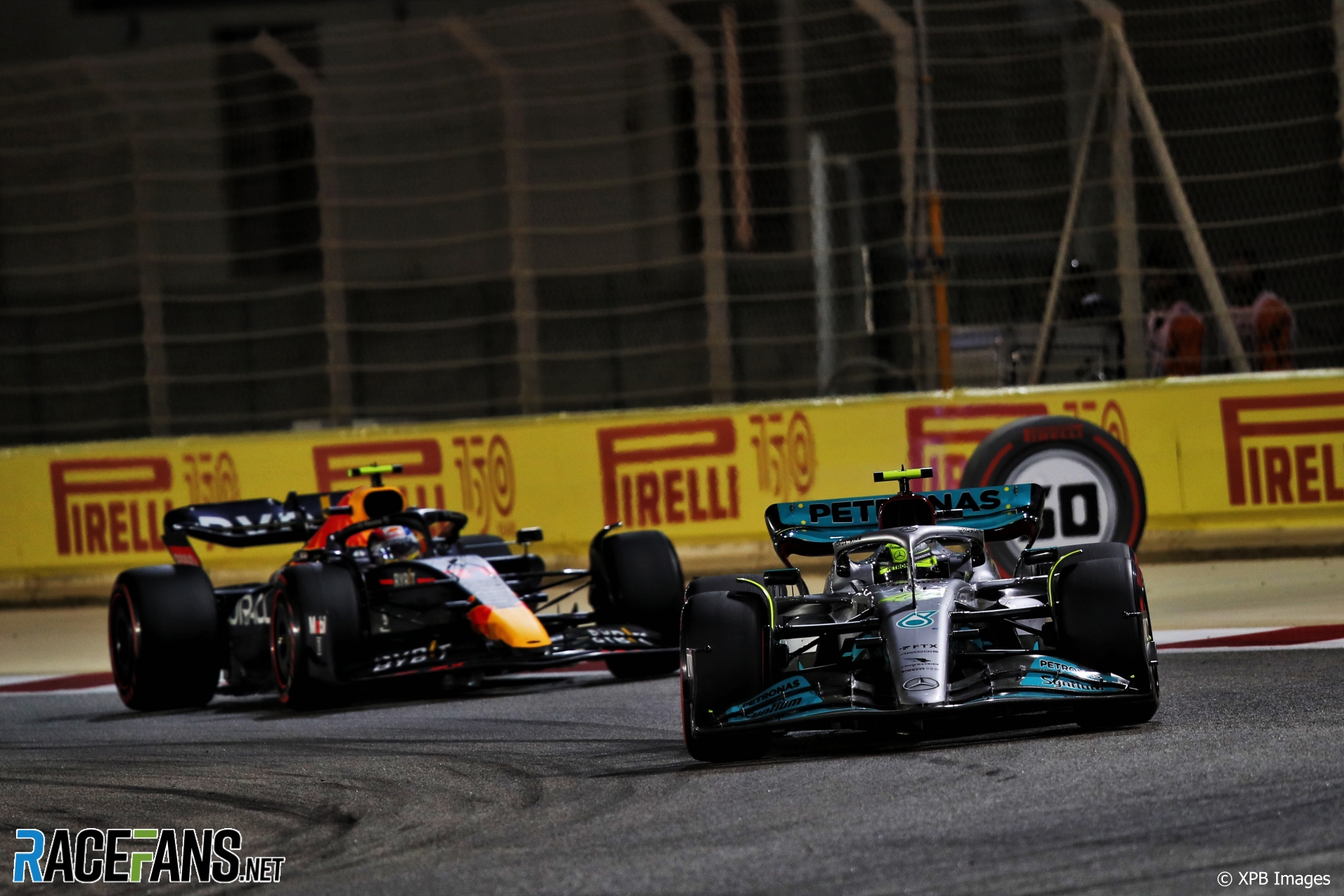 Lewis Hamilton thanked his team for the reliability of his car after taking an unexpected podium finish in the Bahrain Grand Prix when both Red Bull drivers retired.

The Mercedes driver was on course for fifth place for much of the race until Max Verstappen and Sergio Perez encountered problems in the final laps. Verstappen pulled into the pits with three laps to go after slowing, while Perez’s car spun to a stop at turn one on the final lap, its engine having seized.

Hamilton was the first driver to pass the stationary Red Bull on his way to third place behind the Ferrari drivers.

“Mega, mega job,” he told his team on the radio. “Thank you so much for the hard work. Reliability is so important, appreciate it.”

Hamilton’s race engineer Peter Bonnington told him: “We think Verstappen had an issue with the ERS system. Perez, not sure what happened to them.”

Speaking after the race, Hamilton said the Red Bull drivers had been unlucky to encounter problems so close to the end of the grand prix.

“It was such a difficult race,” he said. “We’ve struggled throughout practice. This is really the best result we could have got.

“Of course, it was unfortunate for the other two drivers, but we did the best we could and we’re grateful for these points.”

Mercedes began the weekend on the back foot, struggling for pace in qualifying. Hamilton qualified fifth, but was over six-tenths of a second off the pace, and never looked a contender for a podium finish until the final laps.

Hamilton said improvements to the car will not arrive immediately. “I know the guys are working really hard back at the factory and it’s not going to be a quick turnaround,” he said. “But we all know as a team I do feel like we’ve been the best unified team for so long. I know that we all know that.