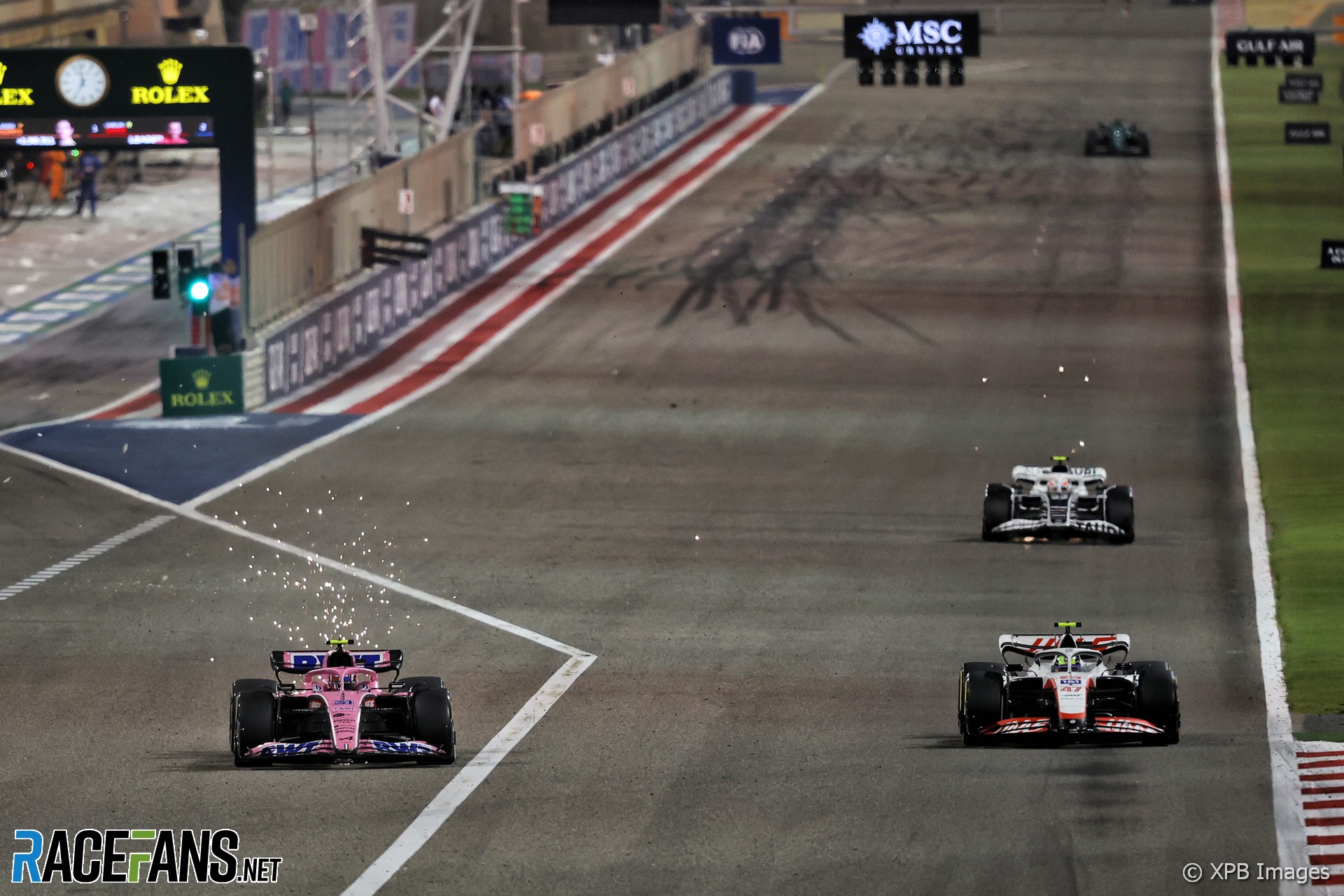 Esteban Ocon apologised to Mick Schumacher after tangling with the Haas driver during the Bahrain Grand Prix.

The stewards held Ocon responsible for the collision at turn six on the first lap of the race. He was given a five-second time penalty and two penalty point on his licence, putting him on a total of three.

Ocon “attempted to overtake [Schumacher] during lap one to the inside approaching turn six,” the stewards noted. “Although [Ocon] backed out as Schumacher turned in, the front left of Ocon’s car made contact with the right rear of Schumacher’s car, causing Schumacher to spin and continue.

“It was considered that the move was not done in a safe and controlled manner by Ocon. Therefore the stewards determine that this is a breach of the above regulation.”

Ocon accepted the blame for the collision. “I definitely have to apologise to Mick on the incident,” he said when asked about it by RaceFans. “It was definitely my fault that one.”

He explained he thought Schumacher was able to see him when the collision happened. “I was not alongside enough to be able to make the move,” he said. “I was hoping that Mick saw me, but in the end he didn’t so we collided.

“I can only apologise, of course, but I’m glad that he managed to 360 and still recover his race, and I’m glad that we didn’t damage our cars in the end.”

Following the collision Ocon recovered to finish seventh. “From there on it’s been a very strong race,” he said. “We had a very strong pace in the first two stints coming back up the field and making some nice overtaking manoeuvres.

“So it has been pretty strong and good strategy by the guys as well. A good first race with two cars in the points, we’ll take it.”

Schumacher finished out of the points in 11th, and said his damaged car “didn’t feel amazing to drive” after the collision.