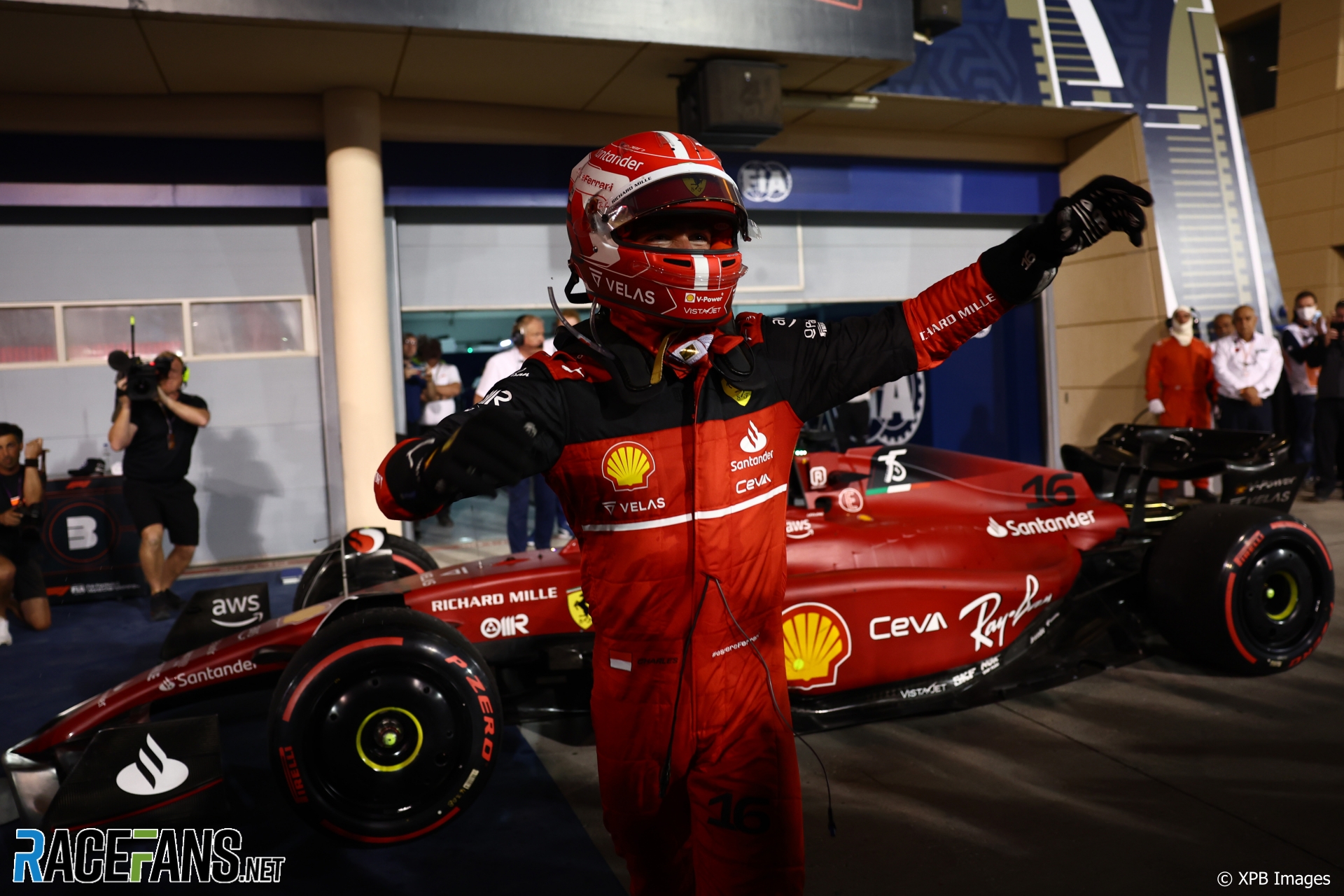 Charles Leclerc says Ferrari ‘couldn’t have hoped for a better start’ to the 2022 Formula 1 season after securing a one-two victory in Bahrain.

Leclerc won from pole after fending off Max Verstappen’s challenges throughout the race, until a problem forced the Red Bull driver to retire in the closing laps and allowing Carlos Sainz Jnr to finish second for Ferrari.

The result caps off a stunning start to the championship for Ferrari, their best opening to a season since 2010. Leclerc says the team could not have asked for a better start to the year.

“I’m so happy,” said Leclerc. “I keep repeating myself, but the last two years have been incredibly difficult for the team and we knew this was going to be a big opportunity for the team and the guys have done such an incredible job giving us and building this amazing car.

“For now it’s starting in the best way possible. Pole position, victory, fastest lap, one-two today with Carlos – we couldn’t hope for better. Thank you to all of you guys that kept supporting us in the past two years. It hasn’t been easy, but it’s incredible to be back at the top.”

Leclerc had to fight to hold onto the lead after his first pit stop when he came under heavy pressure from Verstappen. The pair traded positions during a thrilling multi-lap battle, with Leclerc able to prevail with his lead ultimately intact.

“I was trying to be as clever as possible using the DRS as much as possible,” he explained.

“I was trying to break early in turn one just to be behind him at the DRS detection and twice it worked out, so I took back my first position and just incredibly happy that we made it work.”

Leclerc appeared to be in control of the race in the later stages until the Safety Car was deployed after Pierre Gasly pulled off the circuit with his AlphaTauri on fire. Leclerc admits the intervention of the Safety Car was an unwelcome development at the time.

“I didn’t want it [the safety car],” he said. “But then I did a great restart and that gave me a little bit of margin to then manage my race until the end.”