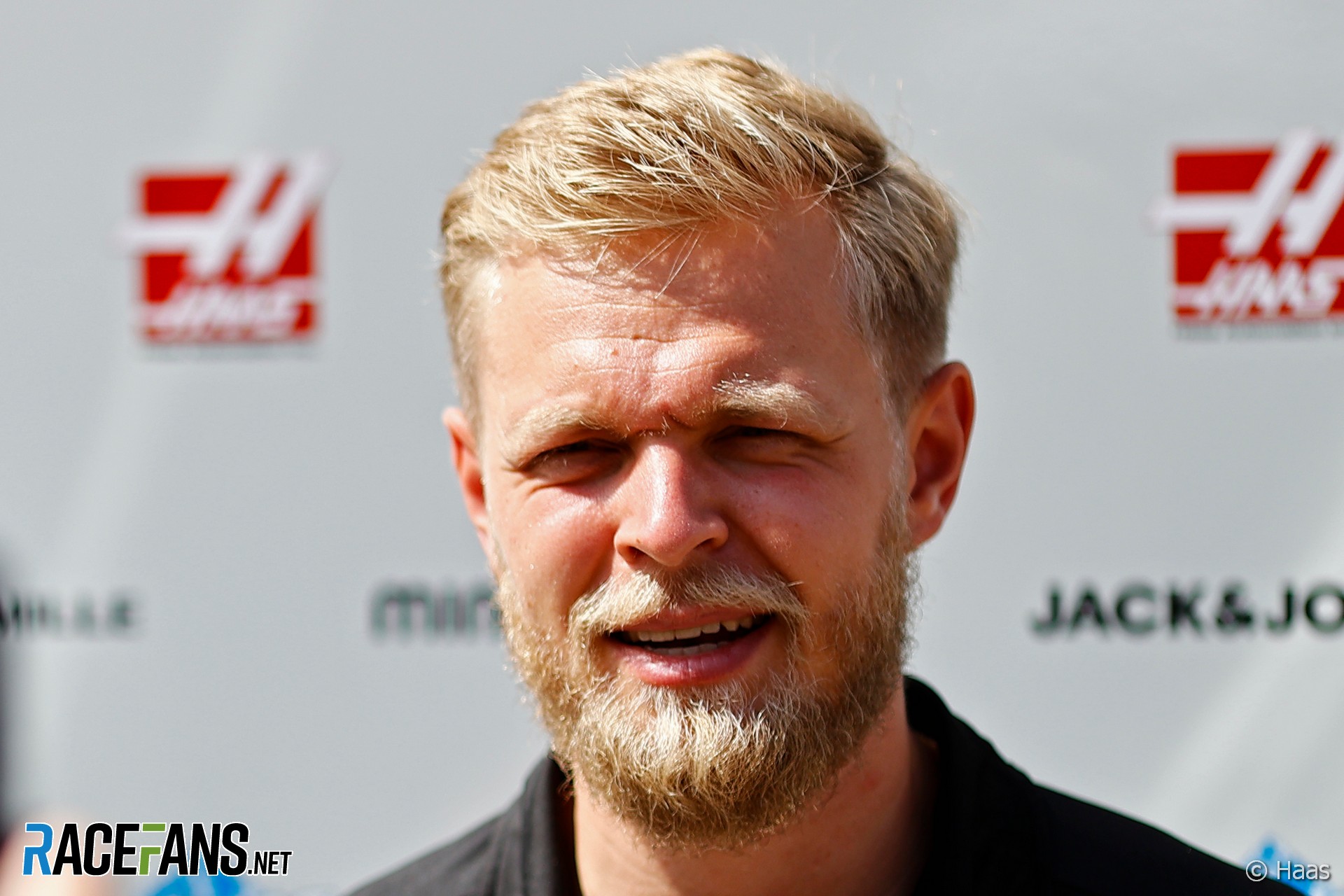 Haas have confirmed that Kevin Magnussen will race for them for the 2022 season in the seat vacated by Nikita Mazepin.

The move follows the team’s decision to terminate its sponsorship agreement with Uralkali, whom Mazepin’s father Dmitry is CEO of, and drop Mazepin as a race driver as a result of consequences from the Russian military invasion of Ukraine.

The decision to recall Magnussen, who last drove for the team in 2020, comes despite Haas team principal Guenther Steiner previously suggesting that the team’s reserve driver, Pietro Fittipaldi, would have “first call” on a race seat should Mazepin lose his role in the team.

Magnussen will step into the Haas VF-22 for the first time this week at the second pre-season test in Bahrain. The three day test, which begins tomorrow, will be the final opportunity for all ten F1 teams to prepare for the opening race of the 2022 season, taking place the following weekend in Bahrain.

He previously drove for the team between 2017 and 2020. Prior to that he also raced for McLaren and Renault, scoring a podium for the former on his debut in the 2014 Australian Grand Prix.

Rehiring Magnussen was a “straightforward decision”, said Steiner. “Kevin’s immediate availability means we can tap into him as a resource for pre-season testing alongside both Mick Schumacher and Pietro Fittipaldi.

“Pietro’s going to be first in this week with half a day’s running at the test on Thursday – that’s a great opportunity for him, with Mick and Kevin doing the rest ahead of the Bahrain Grand Prix.”

Magnussen said he was “very surprised but equally very excited” to be recalled by his former team. He had deals in place to race in the WEC with Peugeot and IMSA with Ganassi this year.

“I was looking in a different direction regarding my commitments for 2022 but the opportunity to return to compete in Formula 1, and with a team I know extremely well, was simply too appealing. I really have to say thank you to both Peugeot and Chip Ganassi Racing for releasing me promptly – both are great organisations.

“Naturally, I also want to thank Gene Haas and Guenther Steiner for the chance to resume my Formula 1 career – I know just how competitive they both are and how keen they are to return to competing week in and week out. We’ve enjoyed a solid relationship and our positive association remained even when I left at the end of 2020.

“I’ve been briefed as much as possible on the development of the VF-22 and the potential in the package. There’s work to do but I’m excited to be a part of it. I can’t wait to get back behind the wheel of a Formula 1 car in Bahrain.”