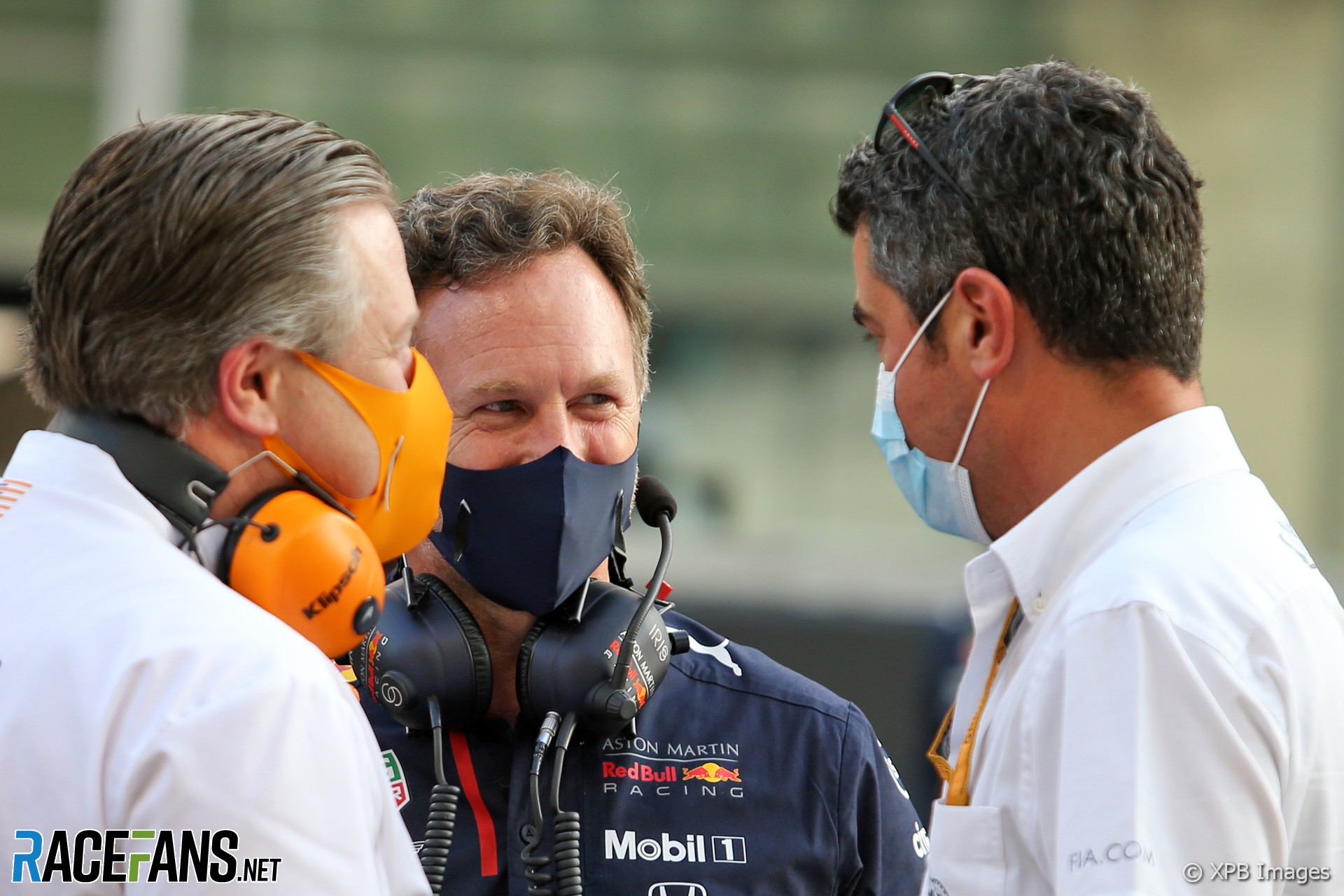 FIA president Mohamed Ben Sulayem announced last week that Masi will not continue in the role following the controversial conclusion to the Abu Dhabi Grand Prix. This was among a series of changes to officiating in Formula 1 including the introduction of a virtual race control room.

Masi was accused of contravening the rules by arranging a late restart in Abu Dhabi by only allowing a portion of the lapped cars to pass the Safety Car. That created an opportunity for Max Verstappen to overtake Lewis Hamilton and clinch the championship, which he ultimately did.

However, Horner rejected claims Masi had failed to follow the rules correctly and was unimpressed by the decision to replace him.

“I think that it’s a difficult one, it’s the FIA’s business,” he told TalkSport in an interview. “I think it’s harsh.

“He was in a very difficult position last year. We feel that a lot of decisions went against us last year and I think when you look at what he has at his disposal in terms of resource compared to what the teams have, there’s such a massive, massive difference. It’s good to hear they’re bringing in things like the VAR equivalent and they’re bringing back one of the most experienced guys, Herbie Blash.

“I just think there was so much pressure put on the removal of Michael, that’s not right. That was my personal feeling.”

Mercedes team principal Toto Wolff said last year Hamilton was “robbed” of the championship by Masi. However he denied putting pressure on the FIA to replace him.

Horner insisted Masi “didn’t actually do anything wrong in accordance with the rules”. He claimed the controversy had created a “smokescreen” around the conclusion of the championship. He said Mercedes should have used opportunities to pit Hamilton, though doing so would have dropped him behind Verstappen.

“It’s a bit of a smokescreen because, when you look back at that race, Mercedes had two opportunities to pit,” Horner said. “There was a Virtual Safety Car and there was a Safety Car and the driver was asking to pit on both times and they left him out. And that’s what exposed him at the end of the race. Tactically, we got it right on the day and it’s those small margins.”

“When the crash came five laps from the end with Nicholas Latifi we reacted immediately. We got Max in, we pitted him for a new set of tyres. Mercedes left Lewis out on what would become 44-lap-old tyres at the end of their life. And obviously Max had to make that pass on the last lap which he did.

“I think there’s been a bit of hiding around some of the controversy because the bottom line is tactically we got it right. Max delivered the move and became the world champion, so it was a phenomenal result.”

He dismissed the suggestion the FIA should apologise to Hamilton over the way the final was handled. “You could argue that about 100 different decisions that were made during the course of the year.

“Was the penalty at Silverstone big enough? Were the penalties that we got in Jeddah fair? There’s so many things. I think it’s time to turn the page, move on. There’s a new president in the FIA, he’s looking to put a new structure in place and embrace more technology to help support those officials.”

Masi’s position will be shared by WEC race director Eduardo Freitas and his DTM counterpart Niels Wittich this year. However, Horner said he isn’t sure the role should be divided between two people.

“It’s not something personally I would do, because it would be like rotating the race engineer or the team manager in our team. You sign up, you do all the races. You want that consistency.

“But if they’re not actually trackside, you hope they’d be supporting them remotely so they’ve got that consistency. The one thing that drivers want is a consistent application of the rules rather than penalties changing from race-to-race. I think that’s the challenge the FIA have got to obviously address this season.”