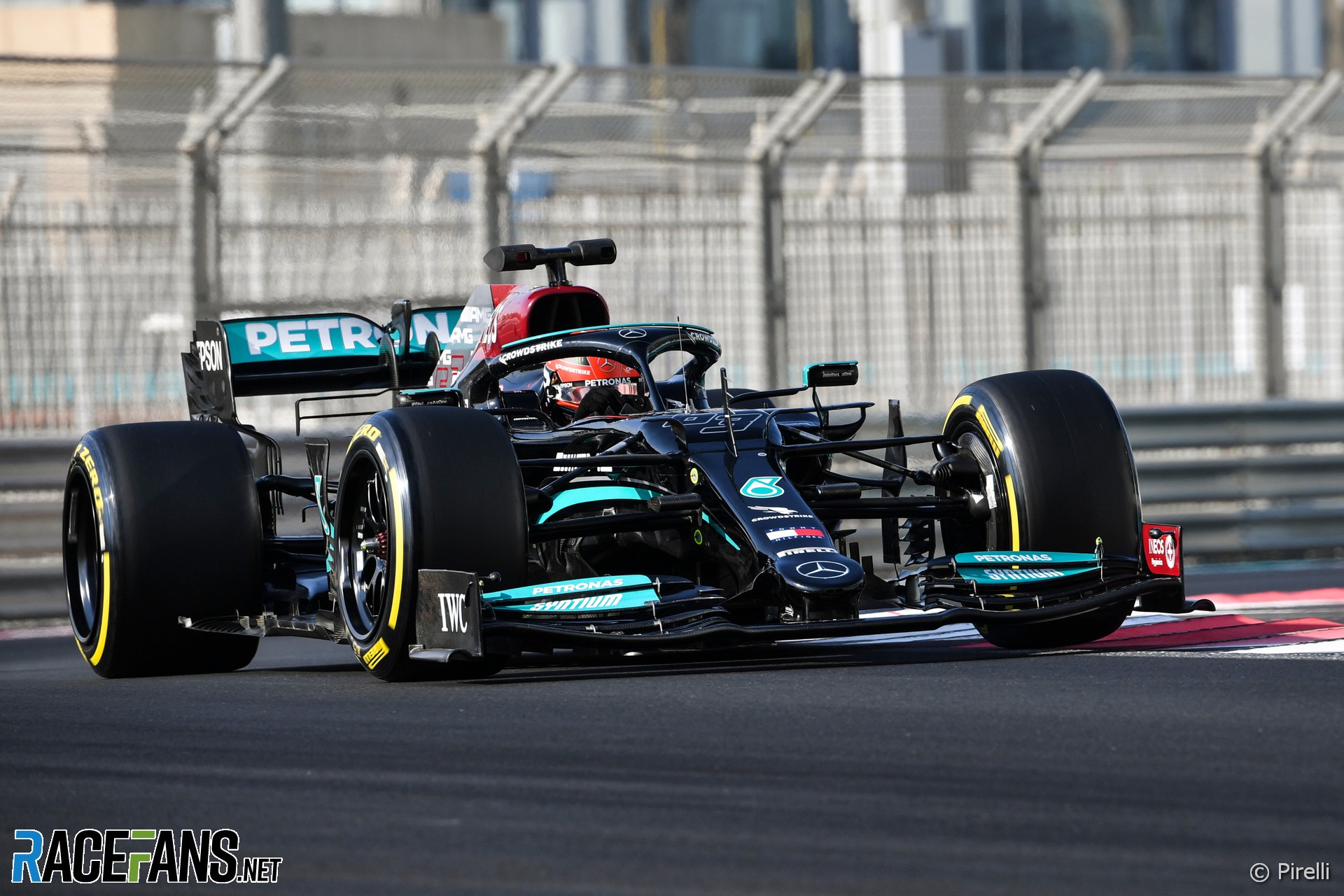 In the round-up: Cars built to new technical regulations for the 2022 F1 season could equal the performance of last year’s chassis, despite previous predictions they would prove much slower.

When F1’s technical rules changes for the coming season were first announced, one team principal estimated they would be significantly slower than the cars they are replacing, by up to seven seconds.

But with the first season featuring the drastically revised cars now just weeks away, the performance loss is now expected to be significantly lower. Pirelli’s head of motor sport Mario Isola believes the 2022 cars could match last year’s by the end of the season.

“We have simulations coming from the teams, simulations that are telling us that the new cars are not much slower compared to last year’s cars,” Isola explained. “At the beginning we were talking about more than three seconds per lap, now it’s half a second, one second.

“So if they start with only one second difference, it means that during the season they will probably achieve the same level of performance that we had in 2021. So I’m happy with the result of the test, especially because we confirmed what we have found during all the development process.”

Footage from the final race of last season has been widely shared on social media by users claiming it reveals previously unheard radio communications from the controversial race. However although the footage, including audio of a discussion between FIA F1 race director Michael Masi and Red Bull sporting director Jonathan Wheatley, was not broadcast live during the race, it was published a few days after the contentious end to the championship.

In it, Wheatley is heard urging Masi to hasten the restart of the race, telling him: “Those lapped cars, you don’t need to let them go right the way round and catch up the back of the pack, you only need to let them go and then we’ve got a motor race on our hands.” Many sharing the video have drawn attention to the similarity between his choice of words and Masi’s later response to Mercedes team principal Toto Wolff following his vociferous complaint over the race’s conclusion: “Toto, it’s called a motor race.”

Envision to switch to Jaguar power

Formula E team Envision has confirmed it will switch to Jaguar power units when the series introduces its new ‘Gen3’ cars next year. The team currently uses Audi motors and will be the first customers for Jaguar, who finished second to Mercedes in last year’s championship.

Hamilton back at Mercedes factory ahead of 2022 season (BBC)

"Hamilton's movements in recent days show that he is preparing for the F1 season as he would any other - but that should not be interpreted as a confirmation that he will race this year."

"We wanted a straight fight, a clean fight, and unfortunately there was one guy with his hand tied behind his back."

"I was there for seven years and I enjoyed it most of the time, but sporting-wise, as an athlete it wasn’t rewarding enough to be in the position I was in. It’s really good to be here (in the US) and have that spark back."

"Hamilton, who remains F1’s only black driver, has been a leading voice in pushing for greater equality in the sport. His Mercedes team painted their car black for the last two seasons, though it is understood they will return to their traditional silver livery for this year."

"The 24-year-old, who is a dual national because his mum, Sophie, is Belgian and his dad, Jos, is Dutch, has established himself as a household name but Verstappen Snr has been less than impressed with the media in Belgium."

"F4 driver Pietro Armanni will graduate to Formula Regional European Championship by Alpine joining Monolite Racing. The Italian will drive one of three cars that the team is planning to field for its second season in the series. In 2021, the Italian outfit showed good potential, claiming 10th place in the Team standings with four top-10 finishes and the best result of fifth."

"Ex-FIA president Jean Todt, meanwhile, says he has remained in contact with Masi since that Abu Dhabi GP finale and expressed his concern over the impact it has had on the Australian."

Will last season be remembered for the title fight or the controversial finale?

The very fact that we are all still debating and talking about this means there has to be some kind of shadow hanging over Max’s title. I am no ultra Lewis fan but my view is that without that safety car on the last lap, and the consequences of it, Lewis would have his eighth championship. Lewis was quite a way behind on points compared to Max at one stage but over the last three races he and his car caught up. He was on course to be champion but for Masi’s controversial, and in my view very difficult to justify, decision.

Both drivers were good enough to deserve the title. Max deserves it as much as Lewis but the course of history was changed. This is nothing unique. We could easily argue that some of titles won by Senna or Schumacher had marks against them. It’s all part of F1 history and F1 2021 will be remembered for this always.
Phil Norman (@phil-f1-21)

Happy birthday to Bullfrog and Akshay!