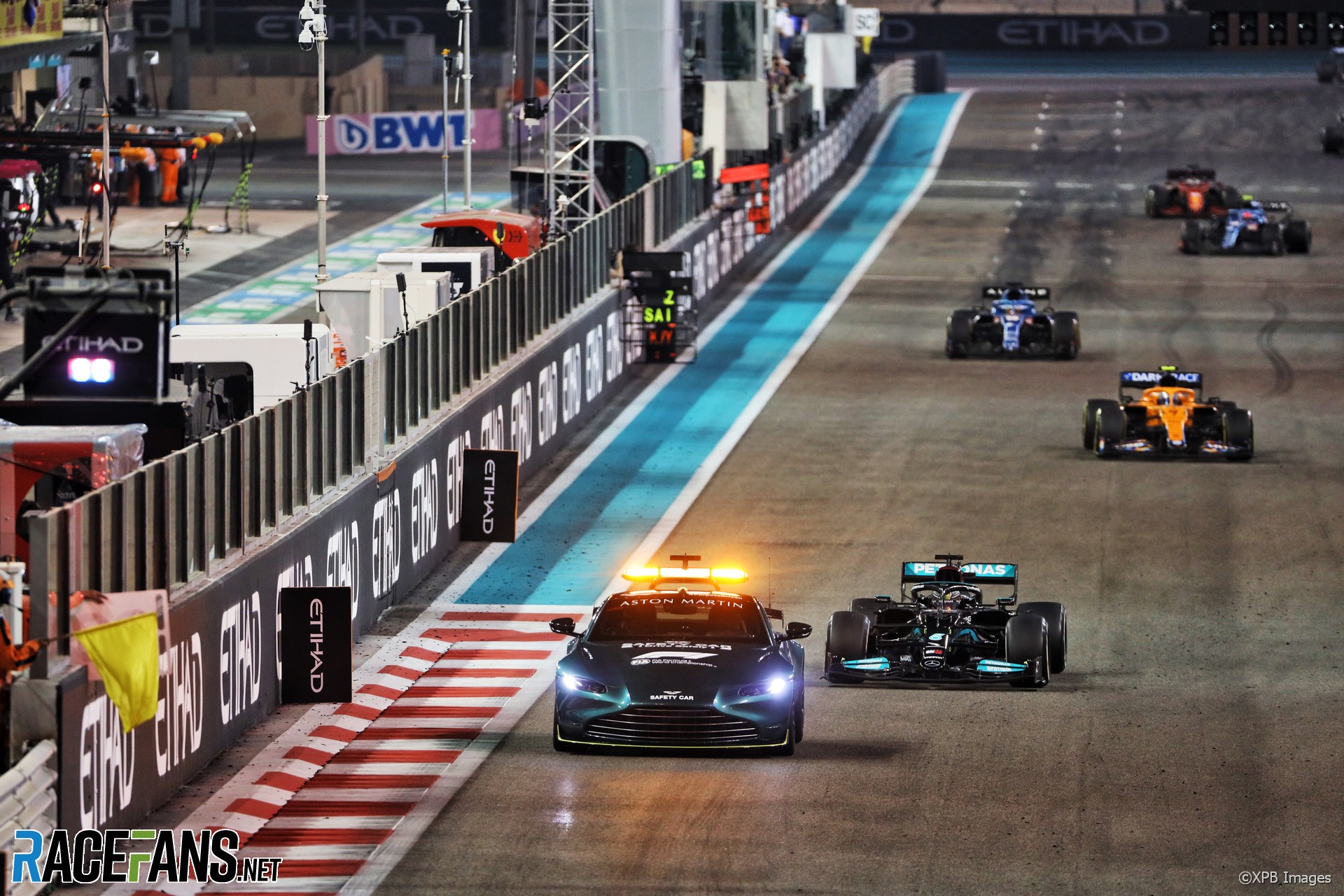 Haas team principal Guenther Steiner says the FIA is working “diligently” on an inquiry prompted by the row which erupted over the 2021 Formula 1 season finale in Abu Dhabi.

New FIA president Mohammed Ben Sulayem took over at the sport’s governing body last month. He appointed secretary general for sport Peter Bayer to examine the disputed event, in which the outcome of the world championship swung after race director Michael Masi arranged a controversial restart on the final lap.

The fall-out from the race, in which Max Verstappen clinched the world championship, saw Lewis Hamilton and Mercedes team principal Toto Wolff refuse to attend the FIA prizegiving ceremony. Hamilton has not spoken publicly, aside from a single pre-recorded social media video, since the race.

Steiner said he is staying out of the affair but is optimistic the FIA will address the problems raised by the race. “I’m pretty busy with what I’m doing for Haas F1, so I’m not getting involved,” he said. “I’ve got full confidence in the FIA that they will fix it because everybody speaks about it.”

“I wouldn’t like to go into the FIA to tell them what they should be doing because I know that they are doing things but I do not know the details, in these things, contracts and stuff like this,” he added. “I don’t know their structure in there completely. We all know as Michael Masi is the race director but I don’t know what is underlying and how to make it better.”

Bayer has said the FIA is looking at changing the role of race director to ease the pressure on whoever occupies the position. He has also indicated Masi may be replaced.

Steiner said he has discussed the matter with Ben Sulayem. “I didn’t give a lot of recommendations,” he said. “We talked about and I think they are private talks and I don’t want to go there.

“But I know that they are diligently working on it to make it – I wouldn’t say better, which is the wrong word – to make it mainly better for whoever is race director.”

Steiner indicated he believes there is room for improvement in the operation of race control. “It’s a very difficult job, and I’m not here to protect Michael or anything, it is very difficult. I think the sport has grown so much and some of the things have stayed behind.

“I’m sure they will come up with some ideas when they are presented them and then we’ll see what they are doing. But I didn’t give them any recommendation what to do, a specific one. We talked about the issues a little bit and we all know them. So I think the FIA is working diligently that we are moving to a better future.”