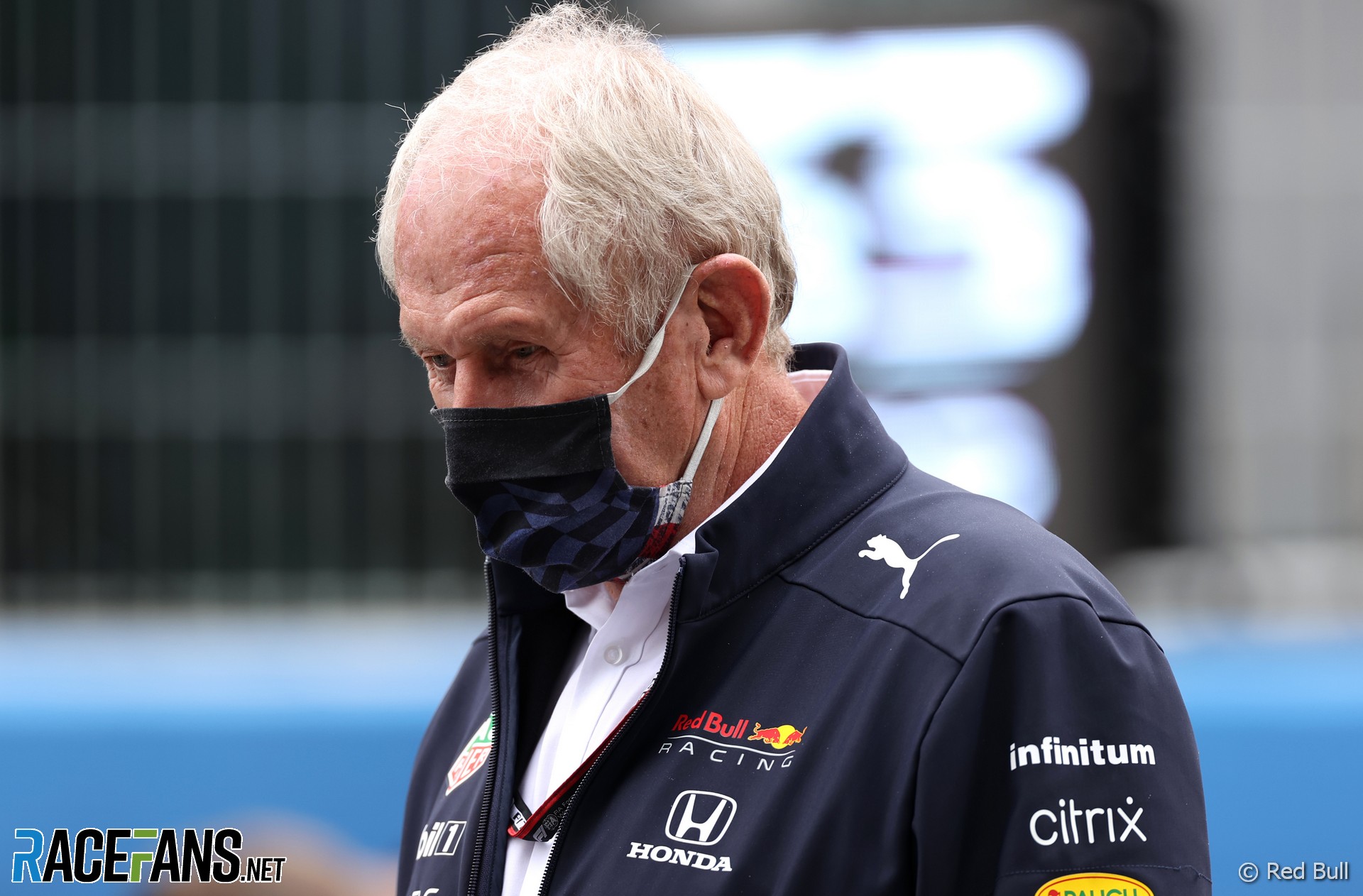 Max Verstappen won the world championship for Red Bull in the final race in Abu Dhabi after passing Lewis Hamilton on the last lap during a controversial safety car restart where only five lapped cars were allowed to unlap themselves.

The decision by Masi left Hamilton exposed on worn tyres and allowed Verstappen to immediately attack his rival on fresh soft tyres.

Speaking on Austrian television show Sport und Talk, Marko said Masi was right to try and restart the race and not let the final lap end under safety car.

“One must also credit Michael Masi who wanted to finish the race under racing conditions,” said Marko.

“With IndyCar or NASCAR, for example, there is a rule that they even add a lap so that the race can be finished under racing conditions. There were five cars in between and he just sent them away, so that you could drive this last lap. It’s like the referee, he has the right and if he decides like that, then that’s valid.”

While IndyCar rules do not include a provision for extending race distances in the event of a caution period, the series does regularly make use of red flags to prevent races ending under yellow flags. For over a decade, NASCAR has exercised its ‘Overtime’ procedure, which allows for up to three attempts at a two lap, green flag race to the finish, if the original scheduled distance is reached under caution.

Marko praised the actions of the Red Bull team in reacting when the safety car was triggered for Nicholas Latifi’s accident in the closing laps and bringing Verstappen in for fresh tyres.

“Our team acted sensationally,” Marko said. “Immediately switched to the soft tyres and then, yes, Hamilton had no chance. He (Max) asked me afterwards what I was thinking – ‘you will win it’, it was clear.”

Having been brought into the Red Bull programme to help identify and devlop driving talent, Marko says he is looking forward to seeing much more the 24-year-old’s abilities can improve into the future.

“To see him move a car so skilfully at the limit, yes, that warms my heart,” he said.

“We don’t need any criticism or anything, as we are actually always in agreement. These constant improvements, I’m excited to see what’s next.”