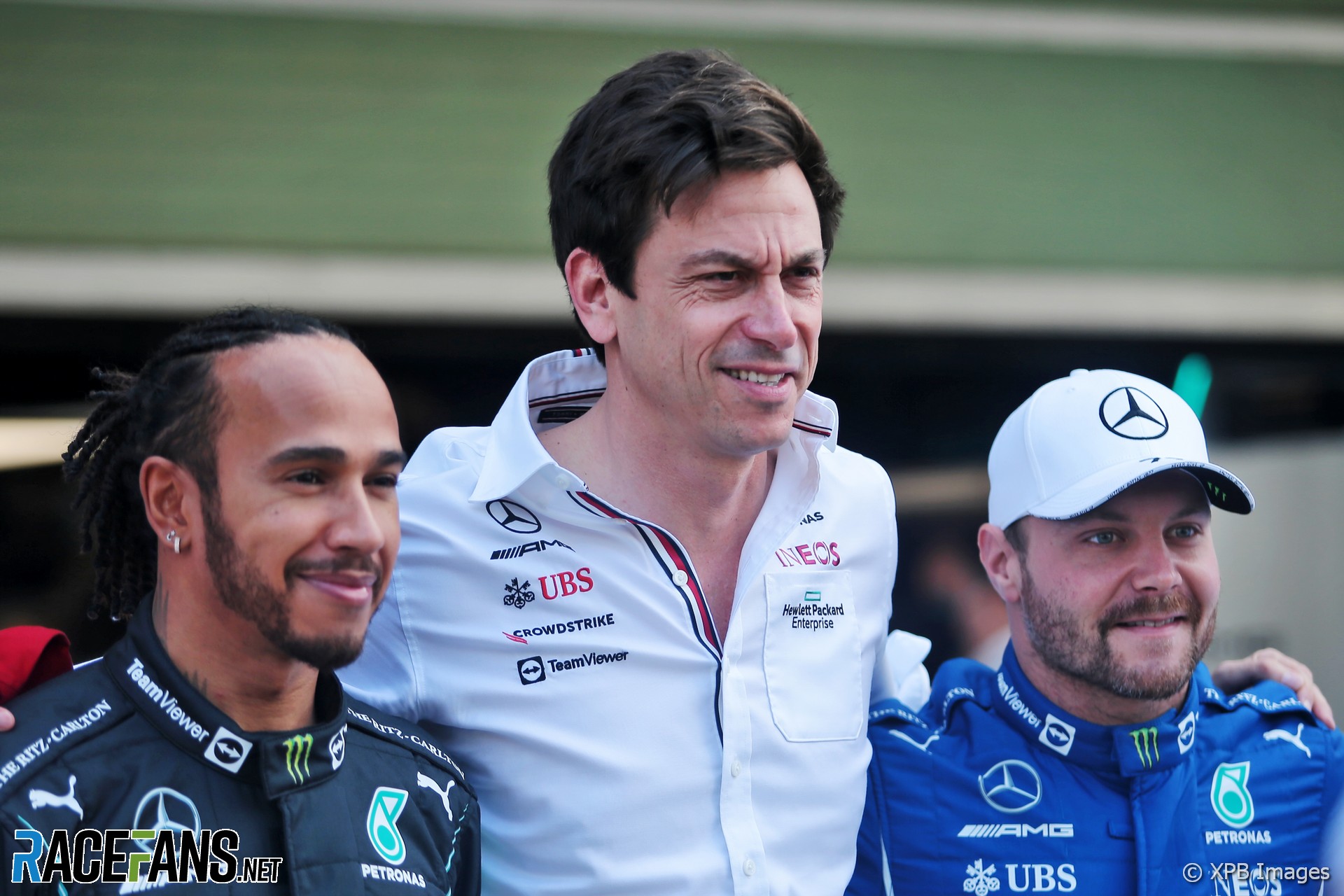 After more than three days of deliberations, Mercedes chose not to appeal over the handling of the race, which saw Max Verstappen overtake Hamilton on the final lap to clinch the world championship following a disputed restart.

However Wolff made his anger over the outcome of the race clear yesterday and confirmed he and Hamilton would not attend the awards ceremony because of it. “Both of us won’t be there,” he said. “I won’t be there because of my loyalty to Lewis and because of my own personal integrity.”

Mercedes sent chief technical officer James Allison to accept their record-breaking eighth consecutive constructors championship trophy. Wolff said he collected their trophy “on behalf of all the people in Brackley and Brixworth who should celebrate our eighth consecutive world championship title, who deserve to be celebrated because it’s a fantastic achievement that we are very proud of.”

However Ecclestone was unimpressed by Mercedes’ unwillingness to participate fully in the ceremony. Hamilton was required to attend under the sporting regulations. Mercedes also did not supply their Formula 1 and Formula E championship-winning cars for a photoshoot on Tuesday.

“After the race, obviously, people have seen the competition, if they lose, they are not so happy as the winners. But there’s a way to act and they didn’t act that way.

“Also, as far as not coming here, somebody’s bothered to put on the world championship, a lot of people work and a lot of people are given a lot of their time up and effort to do this.”

Hamilton, who received his knighthood earlier this week, “should have made the effort to come”, said Ecclestone. “It wouldn’t have hurt him to arrive. He’s come up with an excuse that he couldn’t be here, which I don’t think anybody believes, because he managed to come to 22 races.”

“It’s a very, very difficult thing to do to win one championship. To do two, quite remarkable. Eight? Words fail me. It is a brilliant group of people who work tirelessly and I can’t stress enough what a massive pleasure it is to be able to pick up this trophy today after a championship of such quality.

“To have had the pleasure of fighting like cats and dogs all year with Red Bull, our brilliant opponents – we get on each other’s tits a bit but that’s how it should be. It was a fantastic fight so very grateful for that.”

Outgoing Mercedes driver Valtteri Bottas, who finished third in the championship, also attended the ceremony. However he did not participate in the pre-event press conference after his flight from Switzerland arrived late.