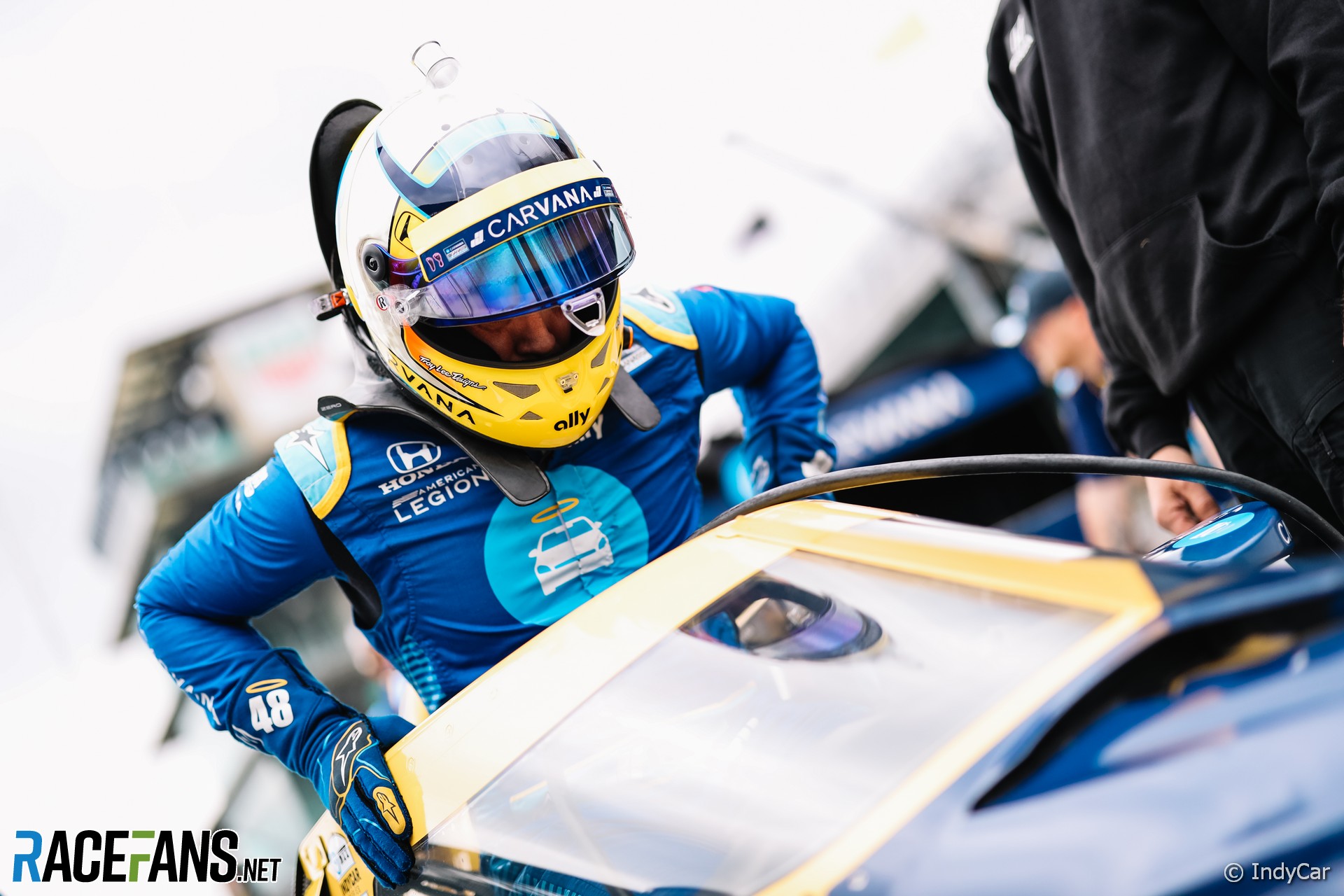 Johnson, who switched to IndyCar with Ganassi this year, chose not to drive the races on oval tracks in his first campaign. Despite his wealth of oval experience, Johnson cited safety concerns for IndyCar running on the high-speed tracks.

He therefore did not participate in the flagship Indianapolis 500 race, which pays double points, and three other oval rounds this year. The 46-year-old finished 26th in his debut season, scoring 108 points.

However after re-signing to Ganassi for 2022, Johnson said that he has committed to a complete season in single seaters, including the 500 and all oval tracks.

Having tested on an oval after the end of the season, Johnson said his concerns had been allayed. “I’m really excited about this next chapter of my career,” he said. “The safety of these cars has come so far and after I tested the ovals at Texas and Indianapolis Motor Speedway, I realised this was a challenge I wanted to undertake.”

There are five oval races on the 2022 IndyCar calendar, starting with the second race at Texas Motor Speedway, followed by the Indy 500. The teams will race at Iowa Speedway twice and Gateway.

Romain Grosjean, who also initially declined to run oval tracks on a safety basis, has also committed to a full season of them for 2022.