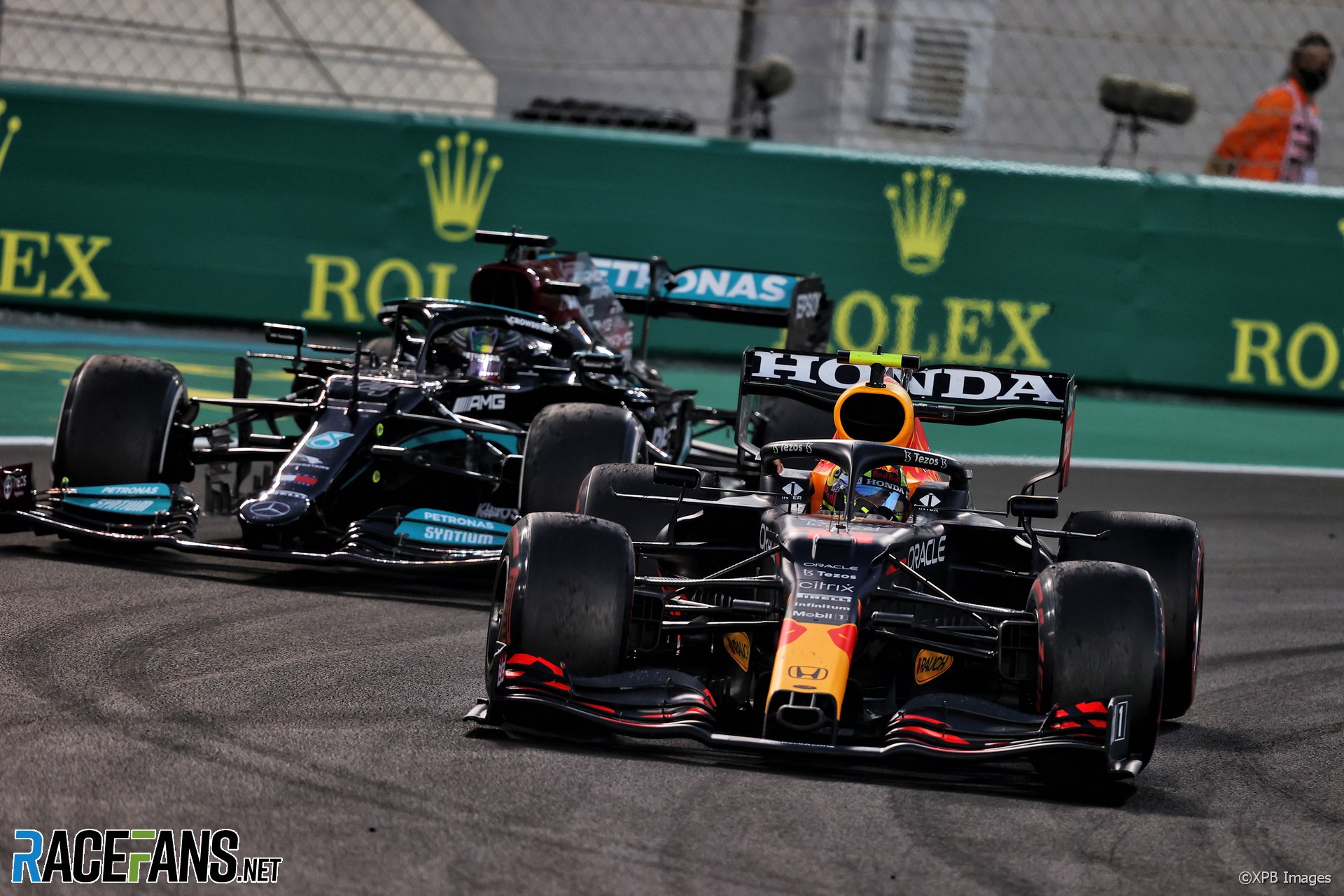 Sergio Perez says he is “extremely happy” to have contributed to team mate Max Verstappen’s world championship win after holding up Lewis Hamilton in the Abu Dhabi Grand Prix.

Verstappen called his team mate a “legend” on his radio after Perez helped him gain over seven seconds on his championship rival.

Running on heavily worn tyres Perez deliberately, but cleanly, obstructed Hamilton when the Mercedes driver caught him after his first pit stop. Perez fought hard to keep Hamilton behind him for over a lap, during which time Verstappen closed on the pair of them. After Hamilton finally found a way through, Perez immediately pulled aside to let Verstappen by.

Perez’s involvement in the fight at the front proved vital later in the race. It ensured Verstappen was close enough that Mercedes could not pit Hamilton during the subsequent Virtual Safety Car and Safety Car periods without dropping him behind his championship rival.

After Verstappen went on to claim the world championship with a pass on the very final lap, Perez said he was happy to play his part in his team mate’s success by executing the strategy his team had planned prior to the race.

“It worked perfectly,” said Perez. “It was crucial at that time of the race, because I knew that basically Lewis had the race under control.

“He had the Virtual Safety Car and Safety Car windows pretty much open and he could have done whatever he wanted at the time. So it was critical. At the end of the day, I’m happy that I’ve helped Max and the team.”

Hamilton initially passed Perez with DRS on the run to turn six, but Perez managed to force his way back past the Mercedes on the straight leading to turn nine, where he deliberately slowed to hold the Mercedes up further.

“It’s not a place that you want to be, but at the same time I will always put my team above anything,” Perez added. “Max has been a great team mate since day one to me. And the team have been fantastic to me, and I was in a position to support my team mate. I’m extremely happy for everyone.”

Red Bull later called Perez in to retire during the Safety Car period in the closing laps, which guaranteed the constructors’ championship for Mercedes. While Perez admit he feels it was a “shame” that Red Bull were unable to take the constructors’ championship alongside the drivers, he understood why the team had called him into retirement over concerns he might suffer a failure on his car which would deny Verstappen an opportunity to race Hamilton at the very end.

“I didn’t know anything at the time, but obviously the engine was on the limit,” Perez explained. The last thing we wanted to have is a failure and then not have the opportunity for Max to have that lap.”