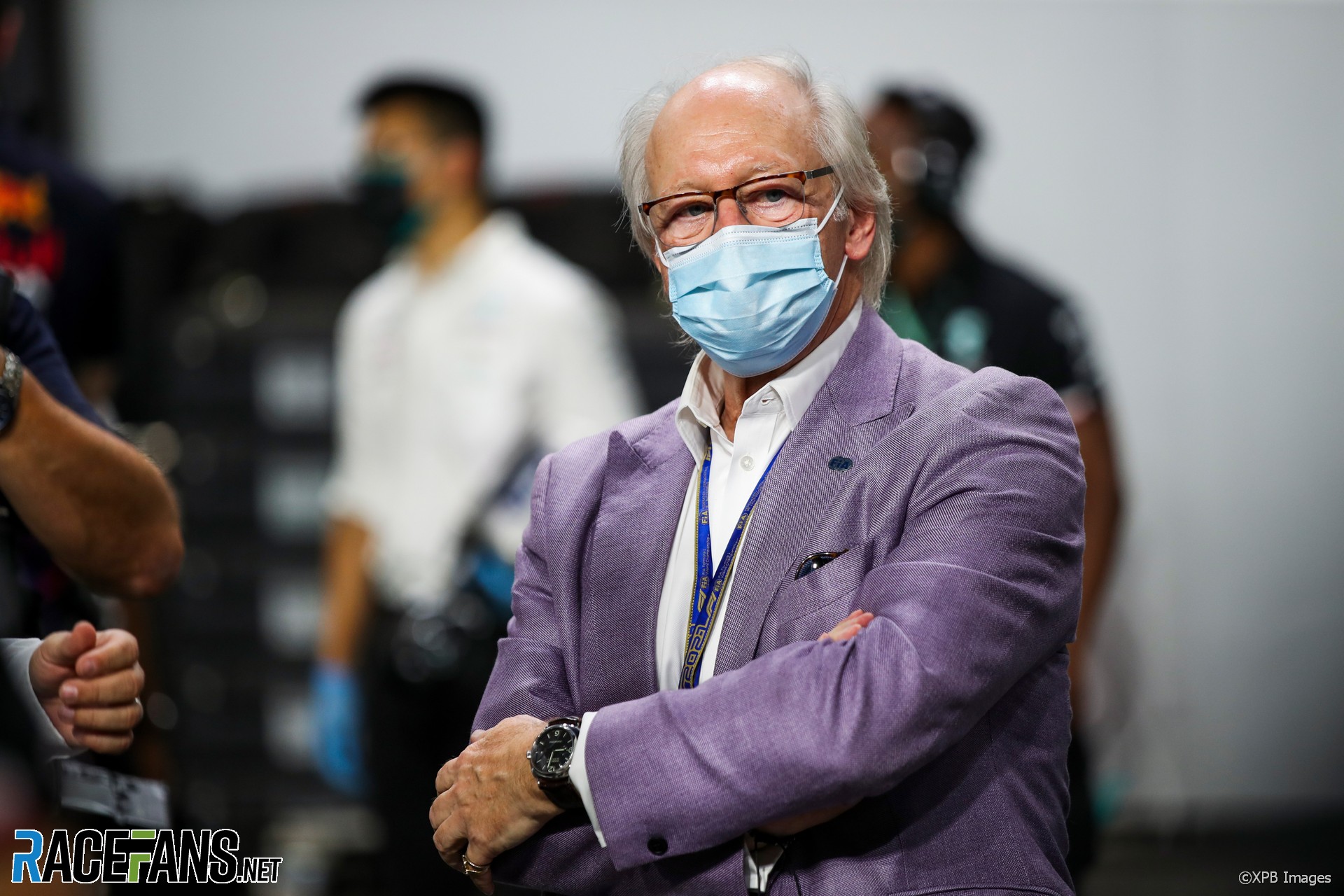 In a little under a fortnight, the FIA membership goes to the polls to elect a new president to replace Jean Todt, who steps down after three consecutive four-year mandates, having reached both term and age limits.

The governing body confirmed on November 26th that two candidates – Britain’s Graham Stoker and Emerati Mohammed bin Sulayem – have put themselves up for election. So the countdown begins.

RaceFans previously outlined the processes and rules of engagement to be followed during the build-up and the nomination processes, and analysed the potential impact of the two candidates – even before they formally entered the race. Crucially, only the FIA’s sporting and mobility clubs hold votes, so Formula 1’s future could well be shaped by influences from far outside the sport.

Ahead of the election RaceFans will examine the two candidate teams, their policies and pledges, by focussing on the two presidential candidates and their respective manifestos. In the first edition Stoker, a life-long motorsport fan, falls under the spotlight; bin Sulayem will feature next week.

Sports and international law barrister Stoker, 68, is no stranger to the FIA and its clubs, having served as deputy president for sport under Todt since the Frenchman’s initial election in 2009. A lifelong motorsport fan, Stoker attended race schools in the UK and France, eventually racing in the Sports 2000 category before realising that his talents were better served in administrative capacities, leading him to then-UK sporting body in 1985.

Stoker both officiated – including as race and rally steward at all levels – and served on various commissions, including the appeal court and anti-doping committees before joining Todt’s team in the top sporting role. His hobbies include historic motorsport, his classic car collection – comprising a Ferrari and a Maserati – and various marine and boating activities.

To devote himself fully to FIA duties, Stoker has been on unlimited sabbatical from his chambers since 2009, and that will continue to, he told RaceFans during an exclusive interview. He lives in Wales near the famous Brechfa special stages and was one of the prime backers for the FIA’s funding of the WRC hybrid engine formula.

What does Stoker stand for?

His campaign theme is “for all”, with his team’s five sporting pledges being:

The FIA has two pillars – sport and mobility – which, pre-Todt, were seldom on the same page. The Frenchman successfully set about unifying the governing body and Stoker plans to further align the two, in particular applying motorsport technologies to assist in providing mobility solutions in areas such as sustainability, alternative fuels and safety.

One of the earliest tasks he was set by Todt was to develop ‘pyramids’ for single-seater, sports car and rally ecosystems which take budding drivers from grassroots level to the pinnacle of their chosen category. Thus, for example, talented youngsters now progress from karting through F4 to F3 and F2 to F1. Various low-cost categories were also introduced.

“It’s not rocket science, it’s history and that has proven it works,” he says, adding, “anyone with the passion and talent for motorsport must be able to try our sport anywhere in the world.”

That comment was widely (mis)interpreted as meaning that just anybody could arrive and demand a drive free-of-charge, but he points out that participation is not restricted to steering wheel activities, coming out strongly in favour of inclusivity and accessibility for all, on a global scale, saying, “I’m very keen on the whole idea of not just [race] driving, but STEM education, F1 in Schools”.

He was, for example, one of the earliest supporters of Susie Wolff’s ‘Dare to be Different’ initiative and a prime mover behind the FIA’s Girls on Track – Rising Stars programme.

For example, Stoker’s team plans to widen the scope of the current [Motor] Manufacturers Commission to become a Motor Sport Industry Commission, representing not only OEMs but also specialist enterprises of all sizes and other key stakeholders in the global industry. An FIA-sponsored academic research programme with a high-profile FIA ‘Prize’ to encourage innovative advanced engineering solutions is also planned.

Forget not that, under Stoker’s watch, motorsport switched to hybrid engines, introduced Formula E and mandated the lifesaving Halo, initially in F1 and later junior series. The 2021-25 Concorde Agreement, F1’s cost cap and the 2022 regulations were all ratified by the World Motor Sport Council during this period, with Stoker doing much of lifting. The framework for F1’s 2026 engines will be determined prior to the elections.

Stoker’s legal background provided the crucial checks and balances when the FIA ratified Liberty Media’s acquisition of F1 commercial rights from investor fund CVC Capital Partners – thus undoing a rather unsavoury deal approved well before either Todt or Stoker took office – and says the relationship between the two entities, namely sport and commercial, have never been better.

Who is in his team?

The FIA statutes demand that candidates nominate a ‘slate’ consisting of president, one deputy president each for sport and mobility, president of the senate plus a supporting cast of vice-presidents for the various regions.

Kristensen, the son of a Danish small-town mechanic and garage owner, worked his way up the ranks through karting and single seater championships to the threshold of F1 before a lack of opportunities forced a switch to endurance racing, is fully aware of the challenges faced by budding motorsport stars – as outlined in his recently published award-winning biography.

The FIA has a wide remit – far wider than the governing bodies of other global sports, such as FIFA which administers a single activity – and thus plays a crucial societal role in that it can help shape future mobility, which is evolving at a faster rate currently than at any point in history.

Motorsport is under siege from various quarters while paradoxically enjoying greater popularity than ever before, and it is the FIA’s primary responsibility to ensure that the sport survives these onslaughts in a safe, sustainable manner through visionary leadership.

On December 17th, the 203 clubs empowered to vote in Paris will decide whether Graham Stoker and his team are best qualified and equipped to take global motoring’s governing body into the future.

3 comments on “Meet the candidates for FIA president – Graham Stoker”