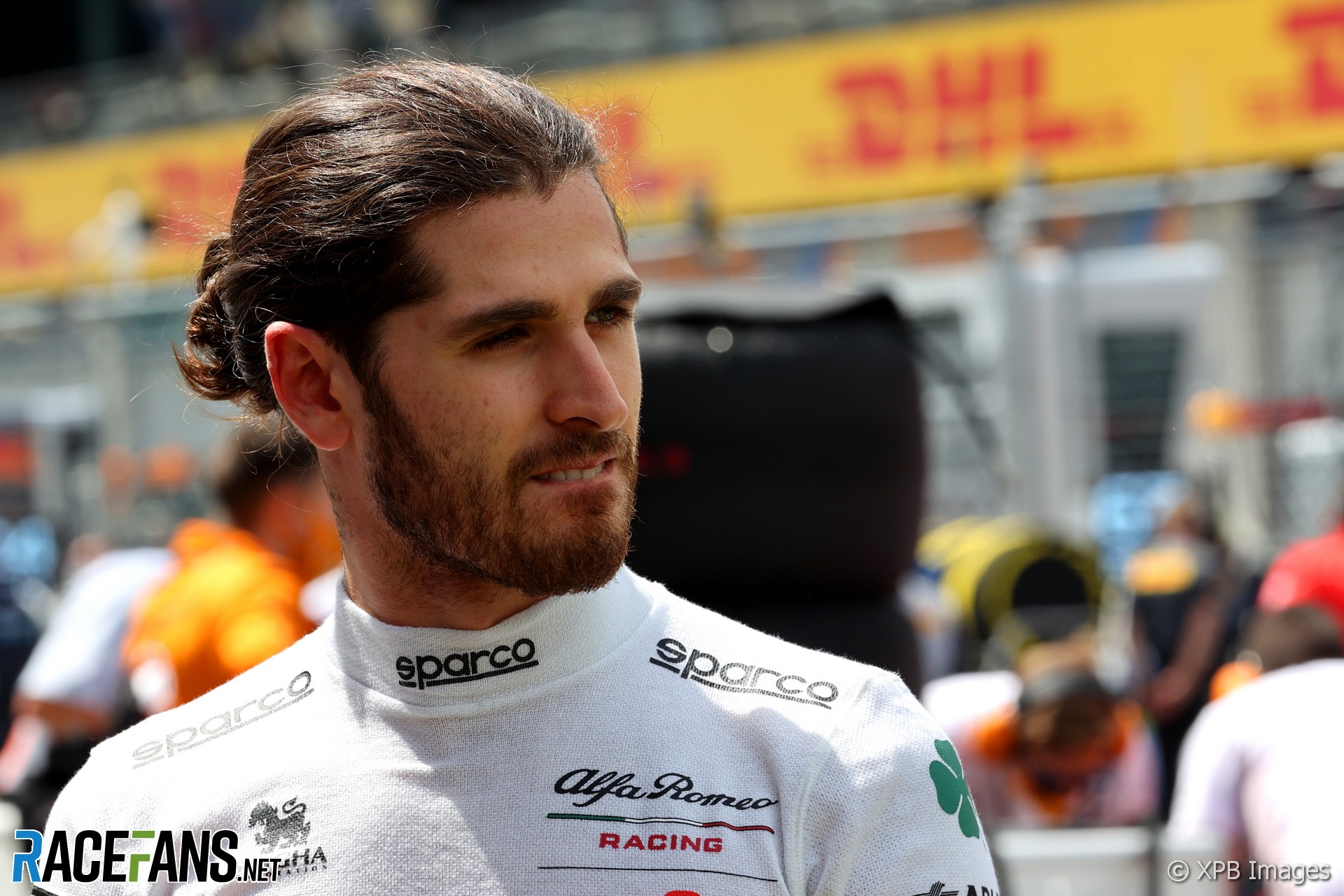 In the round-up: Antonio Giovinazzi will race in Formula E next year after losing his Formula 1 drive to Guanyu Zhou.

Following yesterday’s confirmation he will not remain at Alfa Romeo for the 2022 F1 season, Giovinazzi confirmed he will join the Dragon Penske team in Formula E. He will partner Sergio Sette Camara, whose place at the team was announced earlier in the week.

Team principal Jay Penske described Giovinazzi as “one of the most talented drivers in the world” and said his arrival will give the team one of the strongest line-ups in the series. The 2022 Formula E season will begin on January 28th at Diriyah in Saudi Arabia.

Jeddah completion “was always going to be close”

“It was always going to be very close,” said Masi. “There’s no doubt about that. But everything that I’ve seen, the progress, day on day, week on week. It’s been amazing since I was there last.”

My motivation stays the same. I would like to thanks all the people who support me everyday, you are amazing 🙏🏻
I will need your support for the last two F2 rounds !! I will give my best and not disappoint you !

While the @Indycar grid continues to expand to make space for young drivers, @F1 desperately needs to add more cars to give more opportunities. We now have 3 of the precious 20 seats occupied by well financed F2 journeymen …

Is it OK to simultaneously be happy for Guanyu Zhou and sad for Antonio Giovinazzi? Both lovely blokes.

"We had eight pallets delayed, that were supposed to arrive Wednesday morning, but turned up Thursday lunchtime. This put us 36 hours behind! Due to being ahead in the garage build we just had to concentrate on the operational items and were off-site by 23:30 on Thursday night."

"Audi's supervisory board will discuss on Wednesday ways for the company to enter Formula One, including via possible partnership with McLaren Automotive, two sources told Reuters on Tuesday, adding no decision has yet been made."

Getting more out of free practice and improving his race management: Martins on his rookie season (Formula 3)

"To have only one (free practice) before the race weekend is tricky. When you are testing you have a lot of laps to be on the pace, to build up, but in (free practice), you have around five laps to get into the rhythm and then you go straight into qualifying, and you need to be on the limit."

"It was totally on the limit and could have easily gone either way with the stewards. It warranted a driving-standards warning black and white flag at least."

I’m always wondering why not more teams use the tactic of using both cars in sync to stop a rival behind. Clearly a single car is a sitting duck against DRS on the Sao Paolo start-finish, I thought maybe it’s possible to orchestrate a defensive manoeuvre lap after lap to protect the front car (the one without DRS) from being overtaken by the rival, by using the middle car as a blocker. The front car protects the racing line, while the middle car dives into the inside, to prevent the rival from doing it, and holding alongside the teammate until the turn-in. The two cars swap position into T1. And then do it the other way around the next lap.

Love to see it when team mates are actually working together rather than trying to show they’re better than their team mate. Shame the plan didn’t work out this time.
@Sihrtogg