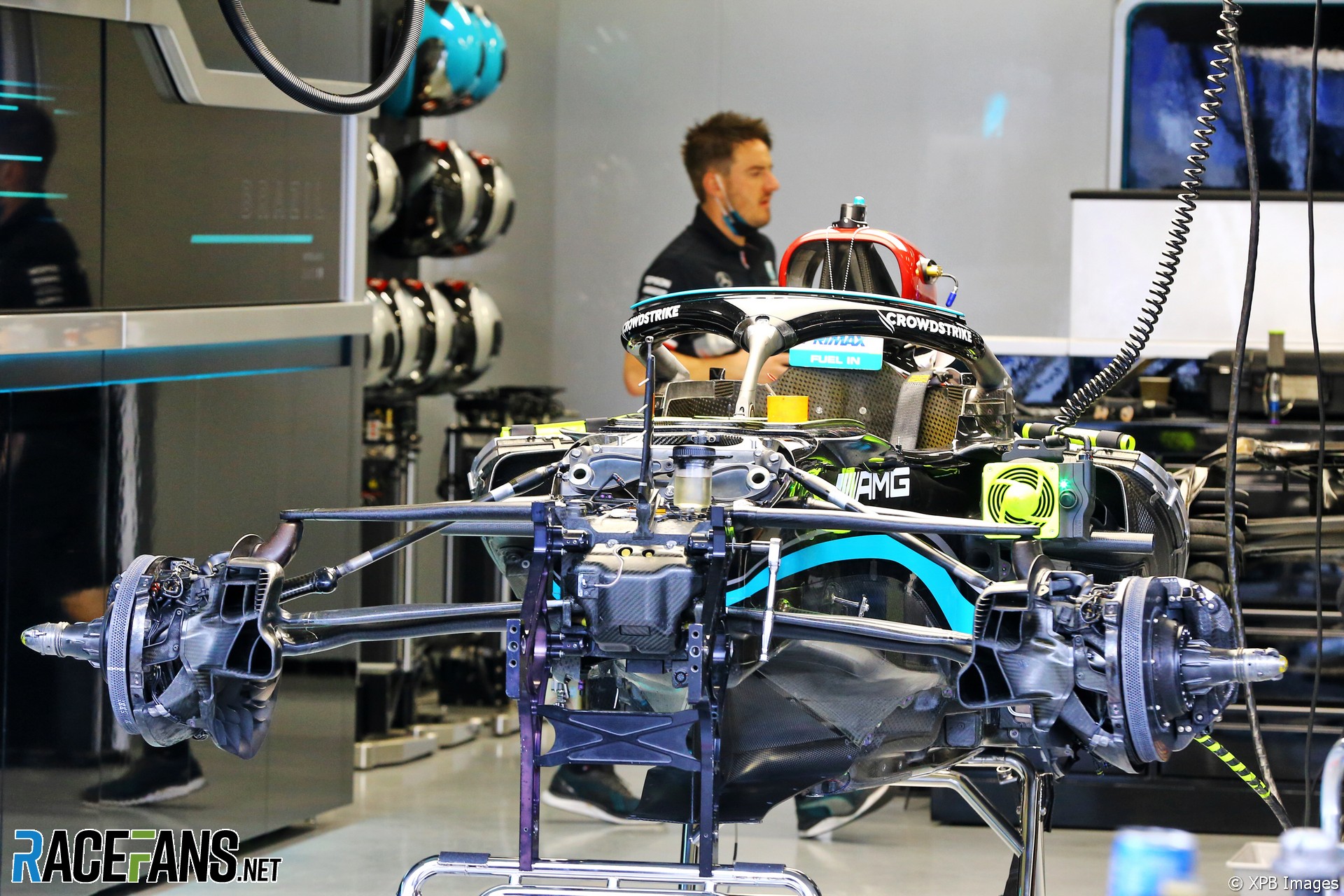 Mercedes have fitted the a fresh internal combustion engine to Hamilton’s power unit, his fifth of the season, further exceeding the maximum allocation of three. Formula 1 rules stipulate a five-place drop for this second violation.

The penalty will be applied to Hamilton’s starting position in Sunday’s grand prix. He will start Saturday’s sprint qualifying race in the position he takes in the qualifying session later this afternoon.

Hamilton’s team mate Valtteri Bottas is already on his sixth engine. All eight Mercedes-powered drivers in the field have exceeded their minimum allocation of three. Lando Norris became the final driver to take a penalty for a replacement, at last week’s Mexican Grand Prix.

The only other driver to have a new power unit component fitted this weekend is Charles Leclerc, who has a new exhaust on his Ferrari. He will not incur a penalty.