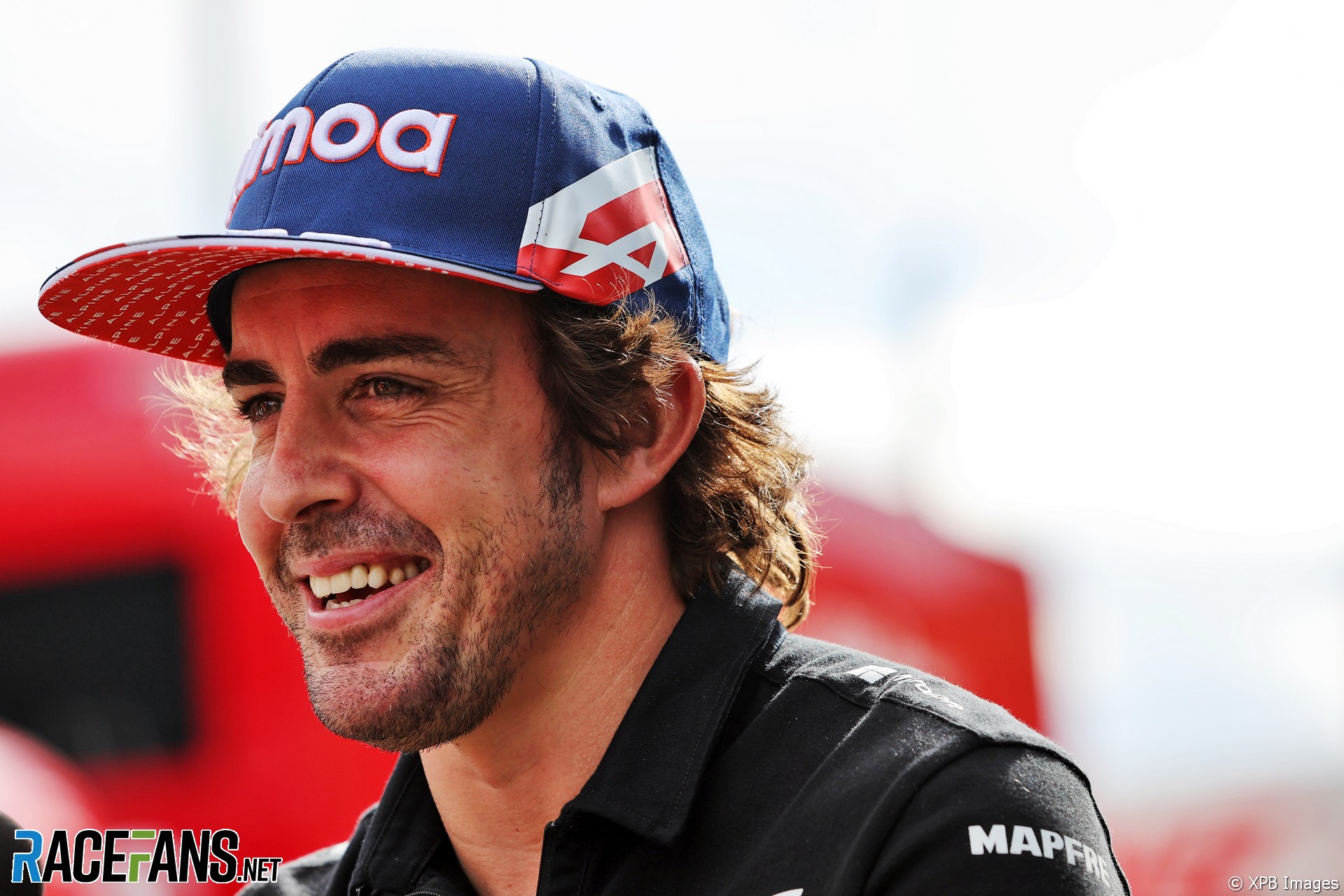 Alpine has put questions over Fernando Alonso’s immediate future beyond doubt by confirming he will continue to drive for the team next year.

Alonso returned to Formula 1 this year in what was understood to be a two-season deal to drive for the team. However the team today described his continuation into 2022 as a “contract extension”.

While Alonso was widely expected to remain with the team in 2022, the team went to unusual lengths to promote the announcement on social media. Alonso and team mate Esteban Ocon exchanged coded messages on Twitter yesterday teasing a major announcement.

Alpine CEO Laurent Rossi described the combination of Alonso and Ocon as “a perfect driver line-up, amongst the strongest on the grid.”

“Fernando has impressed us all since he returned to the sport at the beginning of this year,” Rossi added. “His dedication, teamwork and focus to extract the maximum from the team is incredible to be a part of and certainly special to witness.

“His performance in Hungary was another example of his racing pedigree and reminded everyone how skilled a driver he is. I am convinced we can benefit strongly from Fernando’s insight and experience as we enter the final development and optimisation phase of the 2022 chassis and power unit. He is just as hungry as we are for success and is putting in every effort to translate it to performance.”

The two-time world champion made his comeback to the sport after two years driving in the World Endurance Championship, following his retirement from McLaren at the end of the 2018 season. He also contested the Dakar Rally and Indianapolis 500.

Alonso rejoined the Renault team, with whom he won both his world championships in 2005 and 2006. It rebranded as Alpine during the off-season.

The team announced a contract extension for Ocon earlier this year which keeps him at the team until 2024. At the last round in Hungary Ocon scored the team’s first win since Renault revived its outfit five years ago.

View the current list of 2022 F1 drivers and teams