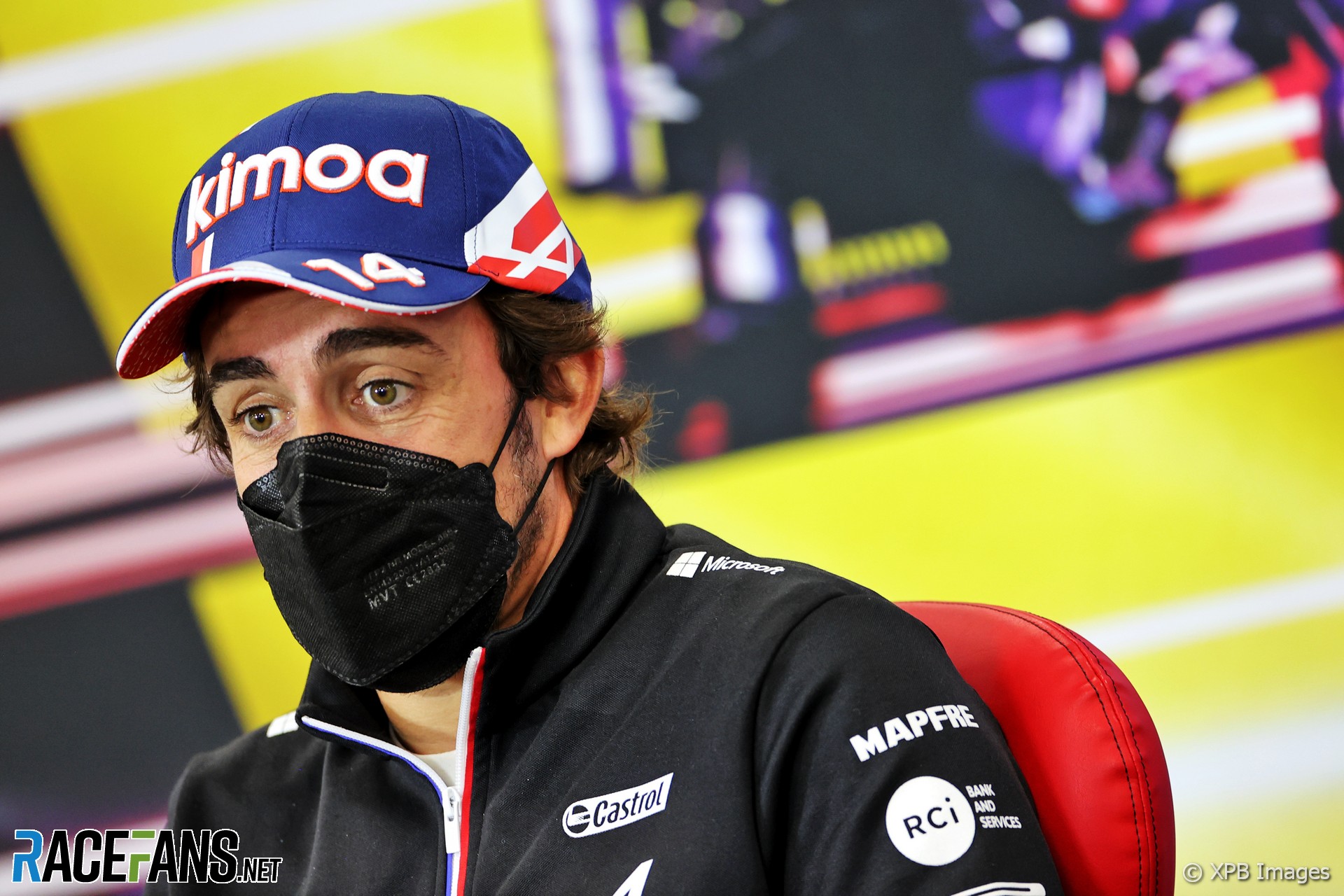 Fernando Alonso says his focus is on F1’s upcoming 2022 regulation changes, leaving the triple crown challenge for the future, although the Indy 500 remains on his “list of wishes.”

Having committed to race for Alpine in 2022, Alonso said that F1 – and particularly the upcoming regulation changes – were his top priority.

“My main focus and my full dedication is to the F1 project, especially with the new rules and all the work that we will have to do into next year,” said Alonso in response to a question from RaceFans.

“In the future, I will see at the moment I’m enjoying myself in this comeback. I think I’m performing now to a level that I’m happy with, from Baku, then Silverstone for sure, Hungary. So I hope to show and to improve a little bit more now in the second part of the season and into next year.”

However Alonso said he is open to an Indy 500 return. “[For] the future I will see, if it’s still linked to F1 or I will try different things.

“For all the challenges that I attempt outside Formula 1, Indy is still not completed. So it will be always in the list of wishes. But at the moment my full dedication is to F1.”

Alpine today confirmed Alonso will remain for them next year, as was widely expected. The two-times world champion said it had been a straightforward decision.

“In my head, it was all planned for 2022 and the new regulations, that’s probably the reason why I came back to the sport as well, for next year,” he explained. “But then, you need to have also the trust of the team and you need to to execute good races in the first part of the season.