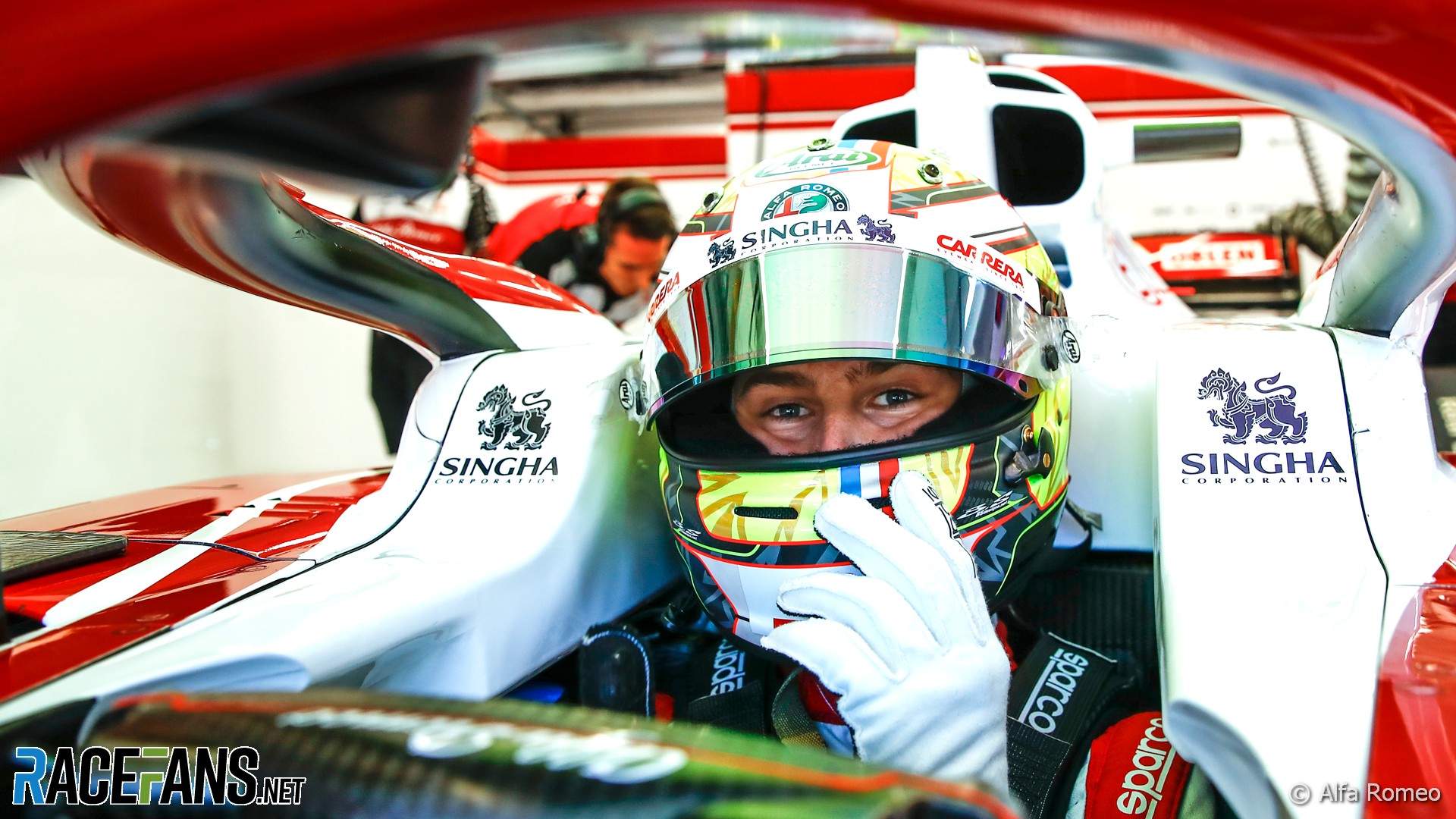 Sauber’s junior driver Theo Pourchaire made his Formula 1 test debut with the team at the Hungaroring yesterday.

The 17-year-old has impressed many on his ascent through the junior series, not least Frederic Vasseur, team principal of Alfa Romeo’s Sauber-run F1 team. The former ART team boss has overseen the junior careers of several of the sport’s future stars, notably Lewis Hamilton, who won the GP2 title for the team 15 years ago.

While it’s far too early to judge whether Pourchaire has that kind of potential, he has turned heads with his performances since graduating from karts in 2017. He began with three rounds of the French F4 series, during which he took a win at Spa-Francorchamps.

That prompted a move into the German Formula 4 series the following year, backed by Sauber. A string of podium finishes plus back-to-back wins at the Nurburgring put Pourchaire, 15 at the time, comfortably in the lead of the championship.

However he suffered a setback at the Hockenheimring where he tangled with Arthur Leclerc in the first race and failed to get away from the front row in the second. Rival Dennis Hauger swept all three races and went into the final triple-header at the Sachsenring a point off Pourchaire.

Taking pole position for the first two races eased the pressure on Pourchaire. He out-scored Hauger in both, winning the second, and went into the final round 14 points ahead of rival. But a partial-reversed grid for race three meant Pourchaire lined up eighth, one place behind Hauger.

While Hauger shot up to third at the start, Pourchaire slipped back to 11th, and as it stood Hauger was on course to snatch the title by a point.

Pourchaire began to edge his way up the field and finished fifth on the road, three places behind Hauger. That was enough to clinch the title even before penalties for the other trio in the top five handed Hauger victory with Pourchaire second.

Vasseur wanted Pourchaire’s next step to be the Formula Renault Eurocup (later rebranded by Alpine). “I was not a big fan of F3,” Vasseur told RaceFans, “I was more keen to put him in Formula Renault. He pushed for the F3.”

Racing in F3 meant going up against the might of Prema, who had just swept the top three places in the series with Robert Shwartzman, Marcus Armstrong and Jehan Daruvala. Nonetheless Pourchaire came remarkably close to winning the title at his first attempt with ART. After a point-less start to his first weekend, qualifying 20th on his debut, Pourchaire picked up a pair of wins over the next three races.

He spent much of a competitive season on the fringes of the top five, but consistency was again his hallmark: after that point-less opening round he only failed to score in one of the remaining 16 races. A pair of second places in the penultimate round at Monza meant he went into the Mugello finale as a title outsider, 24 points behind Oscar Piastri and 16 behind Logan Sargeant, both driving for Prema. Despite out-scoring both in each of the final races, Piastri denied Pourchaire the title by three points.

But there was no question of him going back to F3 in pursuit of the title, said Vasseur. “Doing P2, he had to do F2 [next].”

Pole position for his first Formula 2 race came by dint of the series’ partial-reversed grid: Pourchaire actually qualified 10th. He was running strongly in second when his car broke down, which also meant he started the second race 19th.

But at the next round in Monaco he stunned, taking pole position on his debut in the principality by four tenths of a second and romping to victory. He continued to impress in Baku, qualifying fourth on the ‘proper’ grid, but suffered a broken write in a first-lap collision with Dan Ticktum and Marcus Armstrong.

Pourchaire recovered in time to race at Silverstone where he continued his consistent points-scoring. Halfway through the season he lies sixth in the standings, 43 points behind Alpine-backed championship leader Piastri, with 260 available.

Speaking to RaceFans last month, Vasseur said he was “impressed” by Pourchaire but felt it was a “bit too early” to think of a move into Formula 1. But Sauber has reaped the benefits of taking chances on prodigious young talents in the past, notably Kimi Raikkonen in 2001 and Felipe Massa the year after.

Pourchaire called his first F1 run for the team yesterday a “dream come true”. But if his strong form in the junior series continues it will surely prove the first of many.