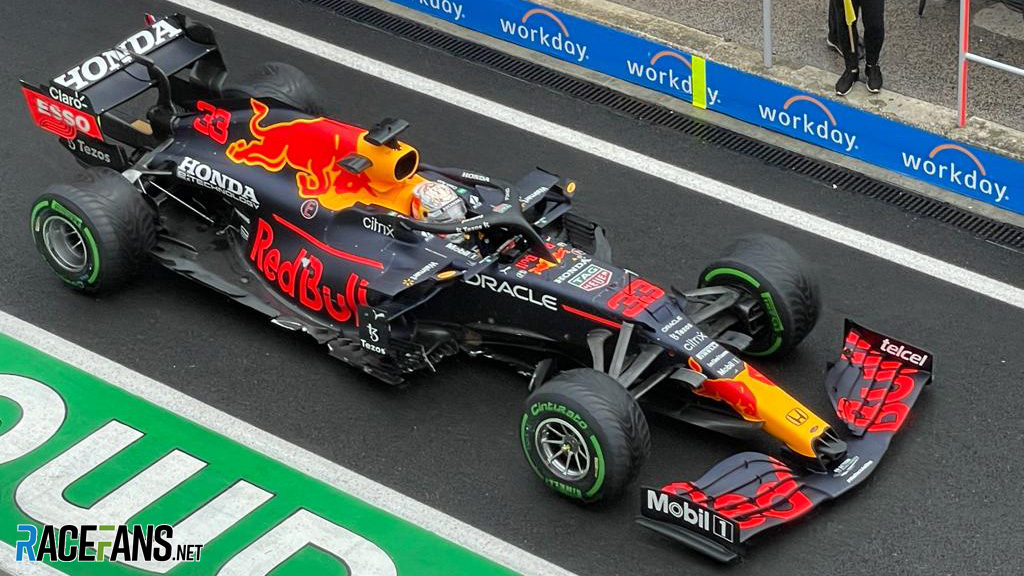 Verstappen suffered heavy damage to the right-hand side of his car after Valtteri Bottas knocked Lando Norris into him at the start of the race. He was able to finish the race in 10th, claiming the final point.

The damage seriously affected the handling of the RB16B, said Verstappen.

“Valtteri just completely missed his braking point and caused a big crash,” he explained. “So from there onwards I just had no right-hand side of the car anymore. It was all gone.

“So the car was just extremely difficult to drive. Of course I gave it all I had and at least we could take one point, it’s better than nothing.”

Verstappen has lost his lead in the title fight to Lewis Hamilton after taking just four points from the last two rounds. He crashed out of the previous race at Silverstone following contact with his championship rival.

“The last two races haven’t gone our way and it was of course, not our fault,” said the Red Bull driver. “But we just need to keep being focussed, try to forget about it and just look ahead and try to improve.”

Verstappen fought hard with Mick Schumacher of tail-enders Haas on his way to 10th. Horner suspected Schumacher’s undamaged car was in better shape than his driver’s.

“I should think Mick Schumacher had more downforce that Max today,” said Horner. “He drove his heart out.

“He earned one point. That point could be crucial at the end of the year.”

Verstappen’s drive and the team’s performance in the pits helped Red Bull limit the points loss to Mercedes, said Horner.

“The mechanics lowered the pit stop time for this year as well, certainly on all our watches. So we keep fighting.

“Thankfully, Mercedes made a howler strategically today. Fernando Alonso looked like he was driving for Red Bull as well. And damage was limited to compared to what it could have been.”