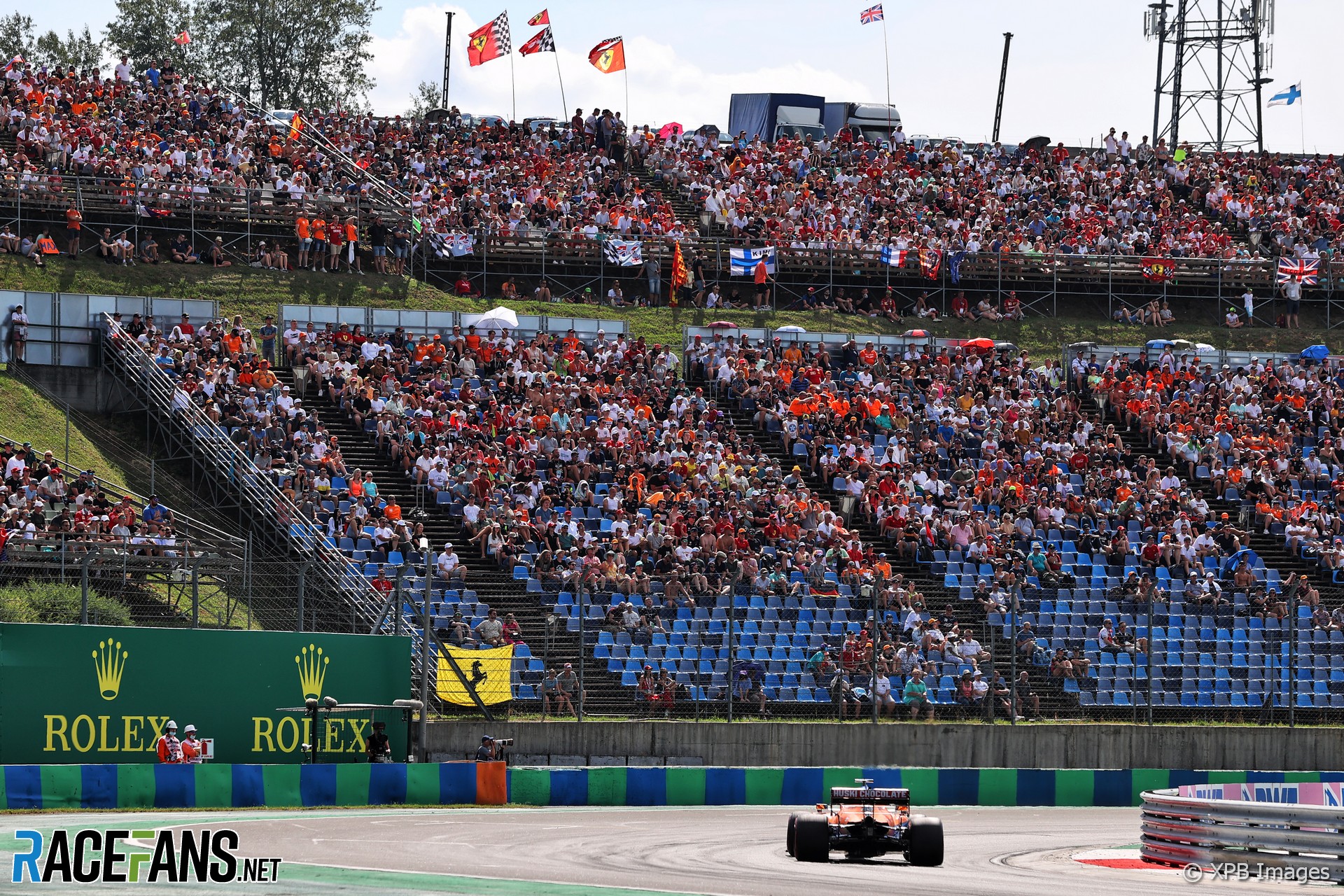 Could a change in CEO at Honda lead to a Formula 1 return sooner rather than later? Will a Texan Grand Prix appear in the second half of 2021? Dieter Rencken brings more stories from the Hungaroring paddock?

I arrive at the circuit and head straight for a mid-season interview with Haas F1 team principal Guenther Steiner, whom I’ve known since his 2005 technical directorship at Red Bull. As always, the South Tyrolean is relaxed about giving straight – and, at times, humorous – answers to tough questions, which we will share with you during the summer break.

Final practice is my trackside time. While there is an unashamed element of ‘superfan’ to the experience, being close up and personal with contemporary F1 cars enables us to appreciate what it takes to handle 1,000bhp on a tight, twisty circuit, and how car characteristics differ despite teams working to the same sets of regulations. Indeed, observing differences in braking, cornering lines and speed across team mates is equally fascinating.

I’m joined by Hungarian F1 guru Sandor Mezaros and I select turn three to best compare car approaches from opposing angles. Sandor introduces me to a local who has not only marshalled at every Hungarian Grand Prix since 1986, but has arguably the best name for our sport: Kálmán Fi (pictured). To his friends he is ‘Mr F1’. 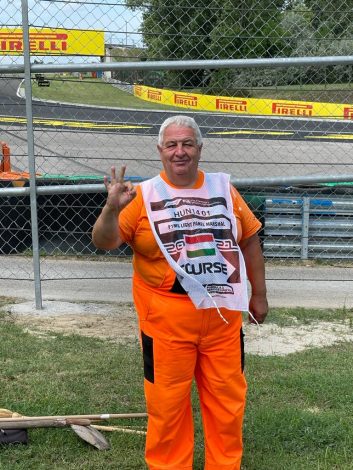 After the session I speak to Honda’s F1 managing director Masashi Yamamoto. I put to him that by the end of the year company will have exited F1 more than any other – four times, more if associate Mugen is included – and ask whether this bouncing about provides hope for a return of the Big H to F1 after the exit at end-2021.

All he’ll say is Honda Motor Company appointed a new president and CEO – Toshihiro Mibe – in April this year. The implication is clear: the previous CEO took the latest decision, ostensibly on sustainability grounds, but he is now gone.

I also ask why Honda does not enter Formula E. “Because we have nothing to learn from it,” Yamamoto-san says about FE’s restrictive regulations, which chimes with BMW’s reason for departing the electric championship.

Given that Suzuka is owned by Honda I probe the chances of the Japanese Grand Prix (Honda’s last – for now) being held in October in view of the spectator-free Olympics. He says a decision will be taken on August 10th. However, other sources advise that it could be slightly later; either way, further calendar details can be expected during the break (see below).

During my rounds I spy FIA president Jean Todt and Red Bull team boss Christian Horner in discussion in the governing body’s hospitality unit. I guess the primary topic is the ‘concern’ expressed by the stewards after Thursday’s review of the Silverstone saga. On Friday Horner revealed this revolved around fears that Mercedes F1 boss Toto Wolff may have influenced the process by visiting the stewards during deliberations.

Having attended three stewards’ seminars and having met most F1’s stewards over time I’m convinced they cannot be swayed but an unsolicited visit to a ‘court room’ with ‘evidence’ is surely extraordinary, and the FIA has clarified that such opportunism will not be tolerated. 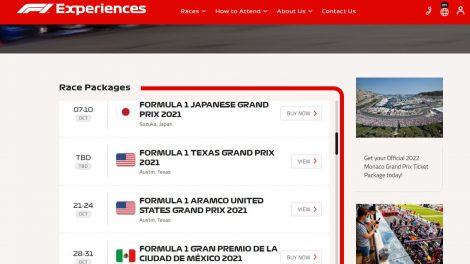 As I depart for the hotel after the day’s media sessions I’m alerted to news about a TBA “Texan Grand Prix” listed on the website of F1 Experiences, a contracted service provider. I follow up and am told that the information was erroneously posted but that it is a contingency event lest others are cancelled due to Covid.

My first port of call is Ariane Franck-Meulenbelt, who inherited the promoter role of the Hungarian Grand Prix from her father Tamas, an instigator of the event. She tells me the Hungaroring is expecting 65,000 spectators on race day, with a footfall of around 130,000 across the three days – and so it turns out when the day’s numbers are published.

A three-year upgrade programme will commence next year, she adds, with the main entrance and access roads receiving spruce-ups, followed by extensions to grandstands and, in year three, a new paddock complex. Incredibly, the event is now 35 years old, having first been staged while the country was under communist rule; indeed, in terms of continuity at a single circuit it is second only to Monza. 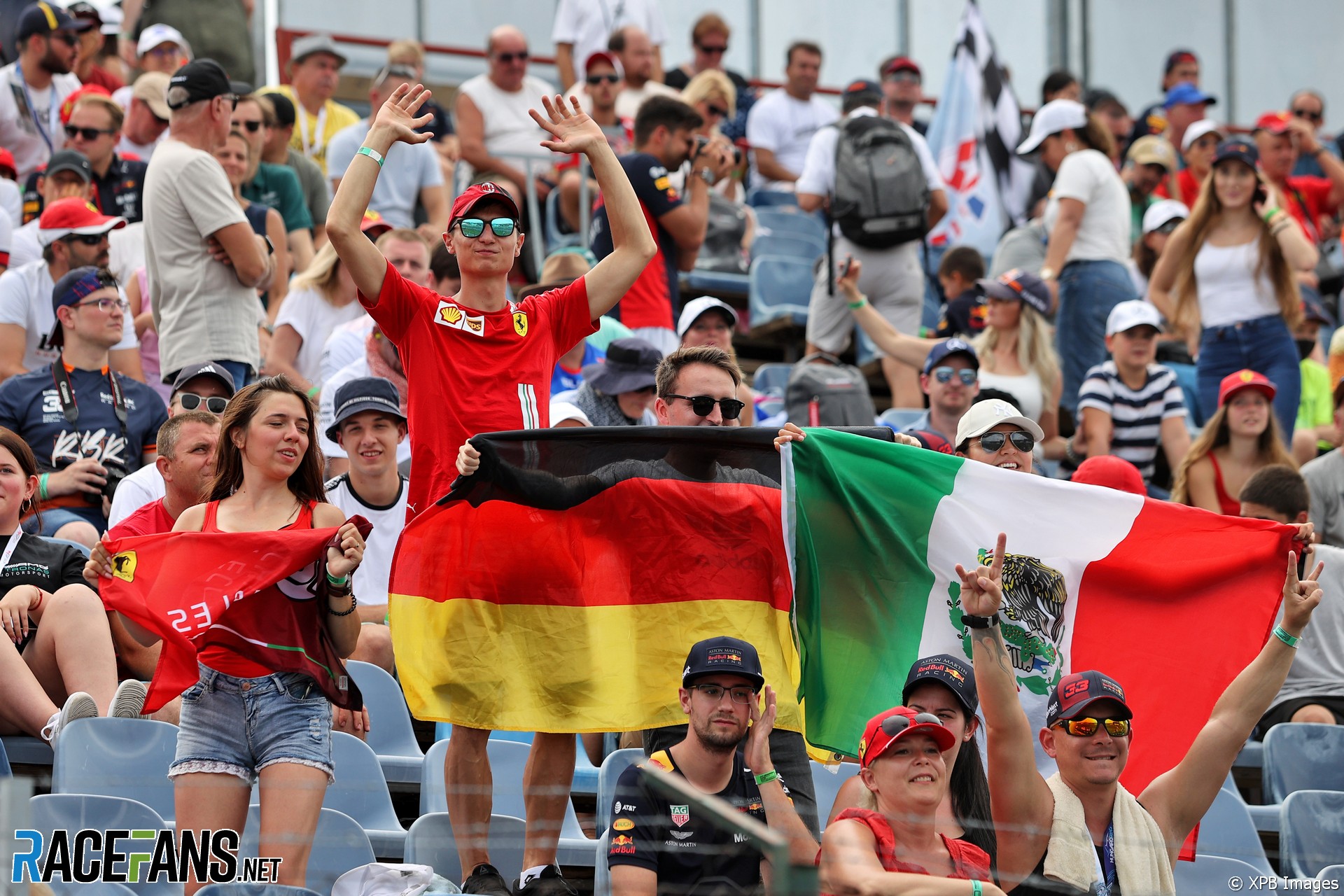 During my pre-start wanderings I recognise a familiar face – that of Bobby Epstein, United States Grand Prix promoter. I can’t resist questioning him about the Texas Grand Prix, and he confirms talks are underway but that nothing has been contracted.

The tentative date is October 14th-17th, and he is pushing hard for a sprint qualifying format to differentiate the two events. Indeed, as a promoter he is highly enthusiastic about the sprint format.

Bobby tells me they’ve ordered a 170-foot-long pedestrian bridge to link parts of the infield that can’t currently be populated due to access, which will push capacity to 140,000. He’s hopeful this year’s race will break all US sporting attendance records when measured across three days. 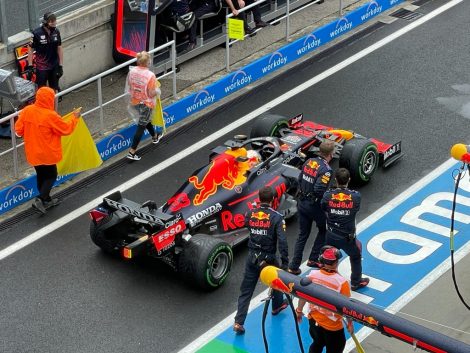 Uniquely the Hungaroring this year offers a media terrace with views across the pit lane, paddock and main straight, and chose this as my vantage spot for the start and early laps. During the red flag interruption I’m enthralled by the efficiency of Max Verstappen’s crew as they beaver away on his Red Bull after he was innocently tagged during the opening lap crash sequence.

I’m delighted for him that current regulations permit repairs under the red flag, which enabled him to finish and score points – as did Lewis Hamilton in Silverstone and Imola before that – but remain totally opposed to major repairs under red flags, which in my book should operate to parc ferme regulations. Any work besides those required by changes in climatic conditions should require the car to restart at the back of the grid.

Post-race the traffic is extremely heavy due to both the encouraging fan attendance and rather tempestuous weather – which makes my 35km trip to the airport rather fraught. I eventually get to the gate with just minutes to spare and I make it home just after midnight.

That brings the first half this unpredictable season to a close – roll on my home grand prix at Spa on August 29th!