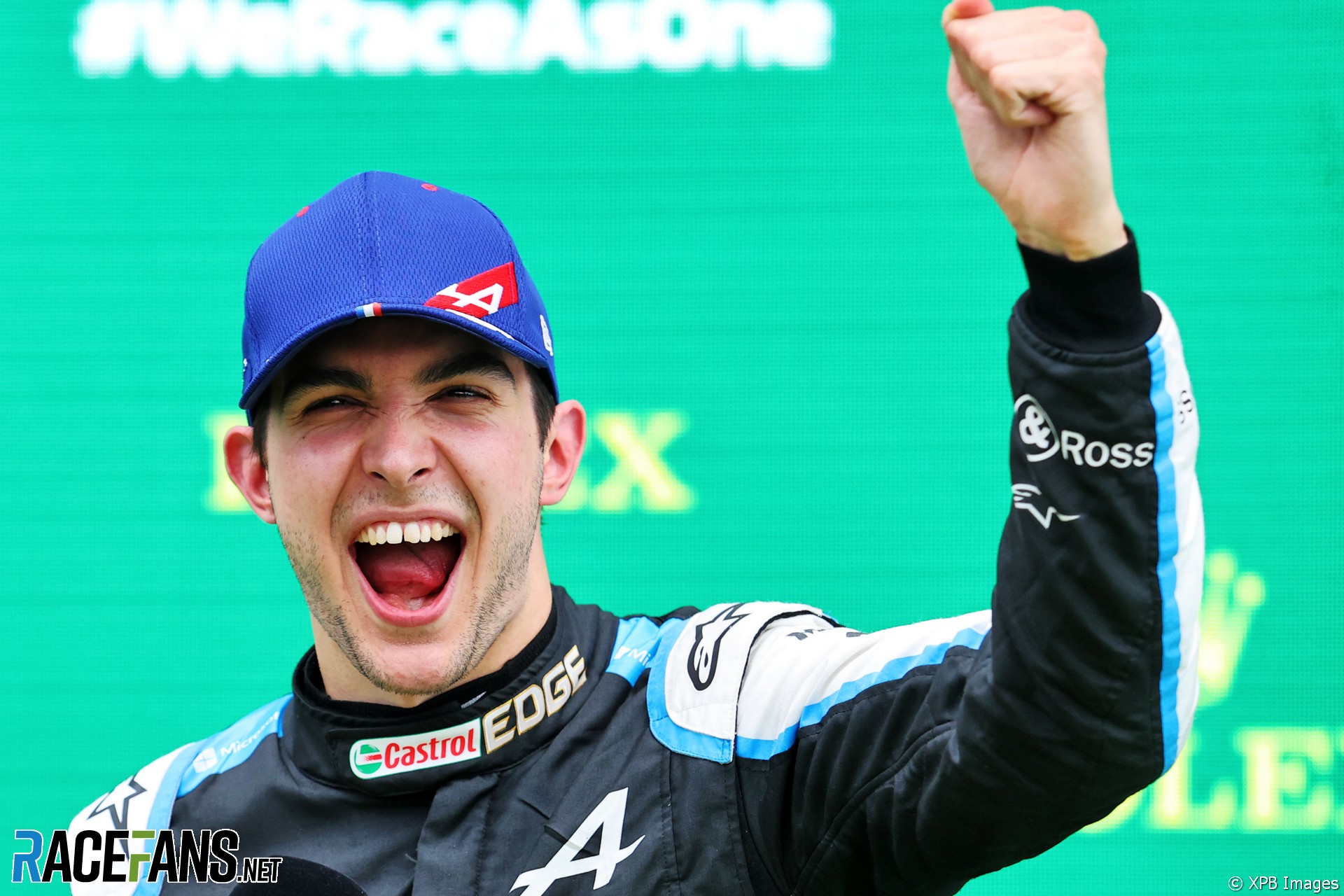 By the standards of recent seasons, Formula 1 has seen a rush of new winners over the last 12 months. Ocon follows Sergio Perez and Pierre Gasly in taking his maiden victory during that time.

By the same token, Alpine is the third different constructor to claim its first win in 21 races. But it, like the other two, previously won races under different identities: Racing Point was Jordan and AlphaTauri was Toro Rosso.

This was the first time Ocon had led a grand prix and his first victory since the opening race of the 2015 GP3 championship at the Circuit de Catalunya. He won that title after a highly unusual run of nine consecutive second places.

When Ocon pitted from the lead yesterday, team mate Fernando Alonso headed the field for two laps, the first time he has done so since the same race seven years earlier.

Unusually, the FIA originally listed Sebastian Vettel in second place in its final classification yesterday, despite his disqualification. This departure from past practice was altered when it issued a “corrected” classification today, with Lewis Hamilton second and those behind him all moved up one place as well. Assuming it stands – Aston Martin have served notice of their intention to appeal – it will be Vettel’s first disqualification of his 268-race career.

Carlos Sainz Jnr therefore took the fourth top-three-finish of his career. As with his first, he didn’t appear in the official podium ceremony, and so far has only stood on the rostrum twice (if we ignore his unofficial celebration at the end of the 2019 Brazilian Grand Prix).

The Williams drivers also moved up, to seventh and eighth. The team’s cup was already overflowing, having ended their longest-ever pointless streak, more than two years since their last top 10 finish. Their promotion means that in one race they scored more points than in the last three seasons combined.

If George Russell was vexed at being out-scored by the team mate he has never failed to out-qualify, he didn’t show it. Nicholas Latifi took his first points with seventh and Russell his best finish to date with eighth, one place higher than he managed in his one-off drive for Mercedes last year.

Yuki Tsunoda also claimed the best finish of his career in sixth. Team mate Gasly bagged the fastest lap for the third time, and now has as many as champions Keke Rosberg and Jochen Rindt, plus Bill Vukovich, Tony Brooks, Bruce McLaren, Richie Ginther, Chris Amon and Jean-Pierre Jarier.

The first-lap crash rained bad luck down on several drivers, notably Lando Norris, whose 15-race streak of consecutive points finishes came to an end. It also triggered yet another disruption to a race – this was the fourth to be red-flagged this year, already one more than last season, with more than half of it left to run.

Have you spotted any other interesting stats and facts from the Hungarian Grand Prix? Share them in the comments.