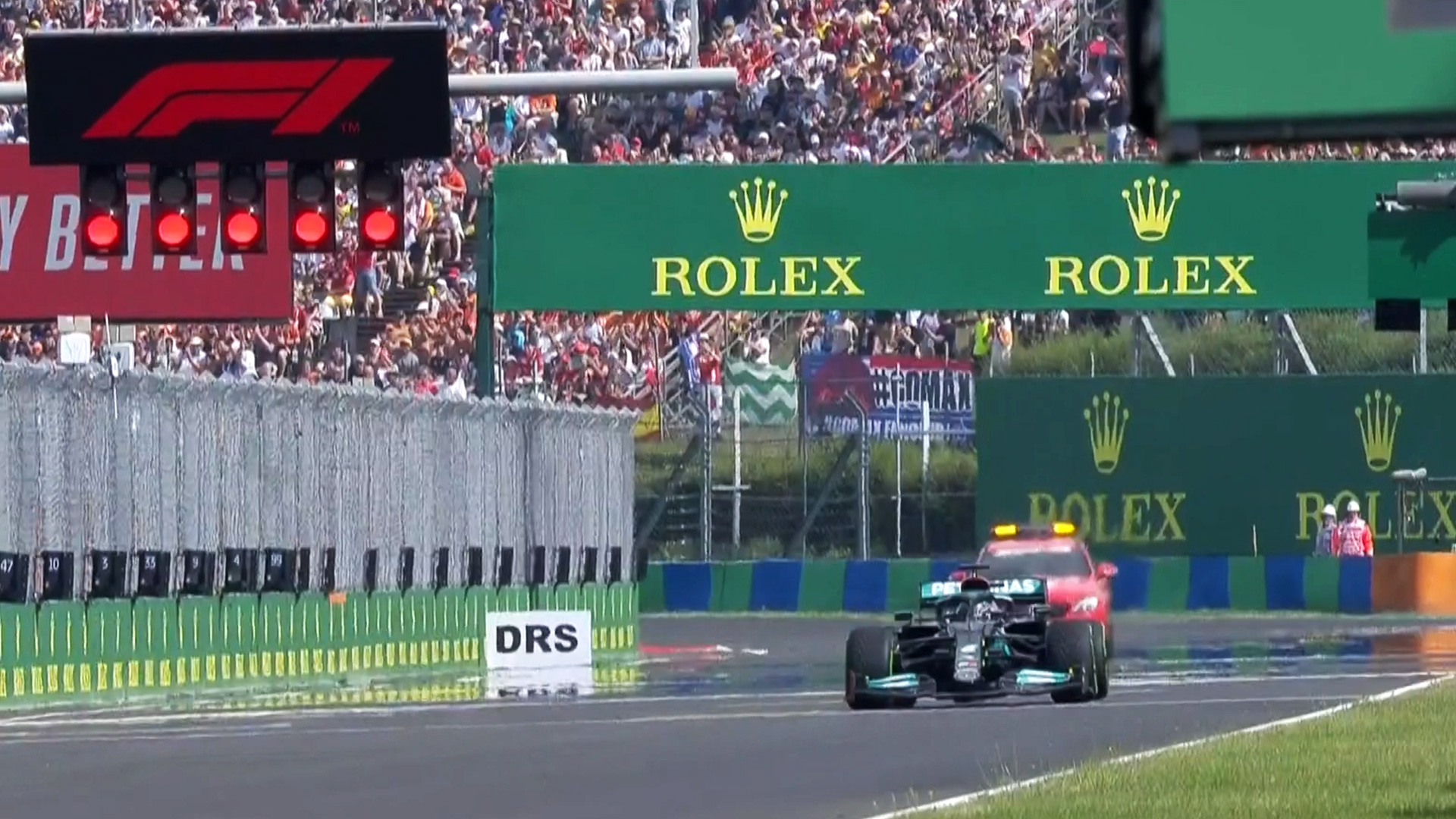 The Hungarian Grand Prix produced one of the most bizarre sights of the season when just a single car appeared on the grid for a standing restart.

Not since the infamous 2005 United States Grand Prix, where only six drivers started the race, have so few cars appeared on a grid.

Lewis Hamilton was the only driver to take the restart from the grid as his 14 rivals headed to the pits instead to change tyres.

“It’s crazy to think we were the only ones on the grid” said Hamilton after the race. But as FIA Formula 1 race director Michael Masi explained an even stranger situation was possible: The start could have been given with no cars on the grid.

Had Hamilton peeled off into the pits along with his rivals, two things would have happened. First, he probably would have cruised to victory instead of scrapping his way to third place.

Second, the signal to restart the race restart would have commenced once the field arrived in the pits, as Masi explained.

The arrival of the last car in the pits would have triggered the starting procedure. “Effectively the race, from our side, the resumption hasn’t recommenced until that point, and that’s the point for everything to be judged upon.”

Masi, who worked on a range of other series before taking over as F1 race director in 2019, admitted he couldn’t quite believe what he was seeing as only one car arrived to take the start.

“I saw Lewis passed the Safety Car line and then saw Esteban [Ocon] sort of dive in quite late… I haven’t had one of those before.”