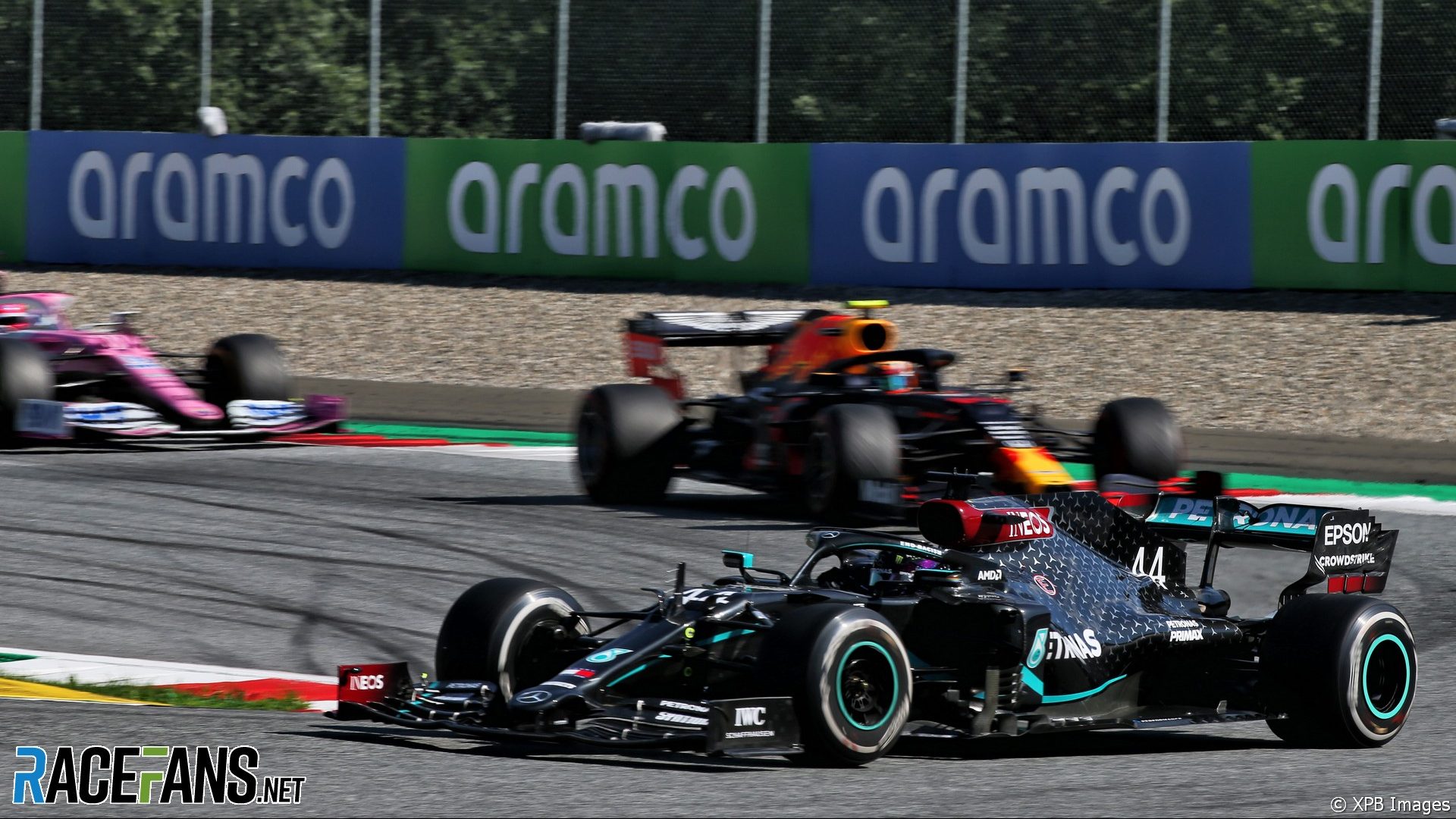 Tomorrow the FIA stewards will deliberate Red Bull’s petition for a review of the penalty decision against Lewis Hamilton during the last race at Silverstone.

It’s safe to assume the world championship leaders do not believe their closest rival’s 10-second time penalty, and two penalty points, was too harsh. Having been powerless to stop him winning the British Grand Prix following his first lap collision with Max Verstappen, which left a severely damaged RB16B in the Copse barrier, Red Bull is seeking any possible benefit from a clash which, as it stands, has cost them dearly.

The top prize for Red Bull would be a tougher penalty for Hamilton which redresses the balance of the 24-point swing in his favour which occured last time out. Failing that, another penalty point which edges Hamilton that bit closer to the threat of an automatic ban would be some recompense. If nothing else, they’re throwing another distraction at rivals Mercedes.

But the history of F1’s ‘right of review’ process – which is little-used so far, though it’s becoming more common – shows the odds are stacked against Red Bull.

The review process is defined in the International Sporting Code. This states clearly a review will only go ahead if “a significant and relevant new element is discovered which was unavailable to the parties seeking the review at the time of the decision concerned”.

Past efforts by other teams to trigger reviews have fallen at this first hurdle. Following the 2018 Azerbaijan Grand Prix, Williams asked for no fewer than five incidents to be reconsidered. The petition failed as the stewards unanimously decided the team had presented “no new significant and relevant element… which justifies a review of any of the five incidents referred to in the request”.

Following the Silverstone crash Red Bull team principal Christian Horner complained Hamilton’s penalty, which did not stop him winning the race, was insufficient given the damage done to Verstappen’s championship lead. However Williams pursued this line of attack with the stewards in 2018, relating to a collision between Kevin Magnussen and Pierre Gasly, and were rebuffed. The stewards cited the ample precedent that the consequences of a collision are not taken into account when determining a penalty.

“In relation to the incident described in document 43 [Magnussen and Gasly] the team, in its written request for review, argued that the penalty on [Magnussen] was “inconsequential”,” the stewards noted. “The team is reminded that since the meeting of 2013 between the FIA and representatives of the teams and drivers, the consequences of penalties are not taken into account.”

FIA Formula 1 race director Michael Masi also pointed out the same at Silverstone. Therefore this does not look like a fruitful avenue for Red Bull to pursue.

Regarding the Williams case, the stewards added: “In relation to the media reporting tabled by [the team] in its request for a review, these reports are not considered significant and relevant.”

Ferrari should have noted this precedent when they demanded a review of a penalty which cost Sebastian Vettel victory in the Canadian Grand Prix the following year. A video of former F1 driver turned Sky analyst Karun Chandhok examining Vettel’s incident – also involving Hamilton – was one of the elements Ferrari put forward in their bid to have his penalty quashed.

Unsurprisingly, the stewards threw it out, deeming it “new but not significant and relevant as this is a personal opinion by a third party”. The rest of Ferrari’s submission was considered either not new or not relevant.

This was the second time in four years Ferrari had tried and failed to use the review process to overturn a penalty against Vettel. Strikingly, on both occasions Ferrari presented GPS data from the cars involved as a “new element”, only to be told it was not. Red Bull have surely drawn the obvious conclusion from this before selecting the evident to form the basis of their latest request for a review.

Lately, some teams have had more success in at least getting the stewards to agree to hold reviews. In May a review was held into the decision to hand down a swingeing 30-second penalty to Kimi Raikkonen at the Emilia-Romagna Grand Prix, after the stewards accepted Alfa Romeo’s argument that cases from Formula 2 and Formula 3 used as a precedent in the original decision were not as similar as it first appeared. Nonetheless, the review went against Alfa Romeo, and Raikkonen’s penalty stood.

But prior to that another team managed not only to trigger a review of an incident but also got an outcome in their favour.

The subject of their complaint? Lewis Hamilton…

The Mercedes driver was originally cleared when he was investigated for failing to slow sufficiently for yellow flags during qualifying at last year’s season-opening Austrian Grand Prix. But just 40 minutes before the race the stewards announced a reversal of their decision, slapping him with a three-place grid penalty which dropped him behind, among others, Verstappen.

The review was initiated by Red Bull, who discovered a new piece of evidence the stewards had not considered at the time: 360-degree video footage from Hamilton’s car, which was published by Formula 1 Management after he was initially cleared. In the original decision, the stewards ruled Hamilton had been shown “conflicting signals”; the new footage revealed otherwise, hence the change in their decision.

Clearly, Red Bull understand how high the burden of proof is set in order to secure the outcome they desire with this kind of petition. Their comments on the incident indicate the line of argument they may intend to pursue. While the stewards ruled Hamilton was “predominantly” rather than “wholly” to blame, Red Bull insist he was entirely responsible.

“He was travelling at such a speed that he was never going to make the apex of the corner and his trajectory through Copse meant he was never going to miss Max, even with braking he ran very wide after the accident,” wrote Christian Horner on Red Bull’s website five days ago, around the time their request for review was submitted to the FIA.

Whether this is indeed the thrust of their case, what new evidence they may present to prove it, and if it proves sufficient to persuade the stewards both that a review is necessary, and that Hamilton’s error was graver than originally thought, will determine whether Red Bull take another victory in the stewards’ room. That is a high bar to clear, and Red Bull surely realise it.

159 comments on “Will Red Bull succeed again in earning a tougher penalty for Hamilton?”